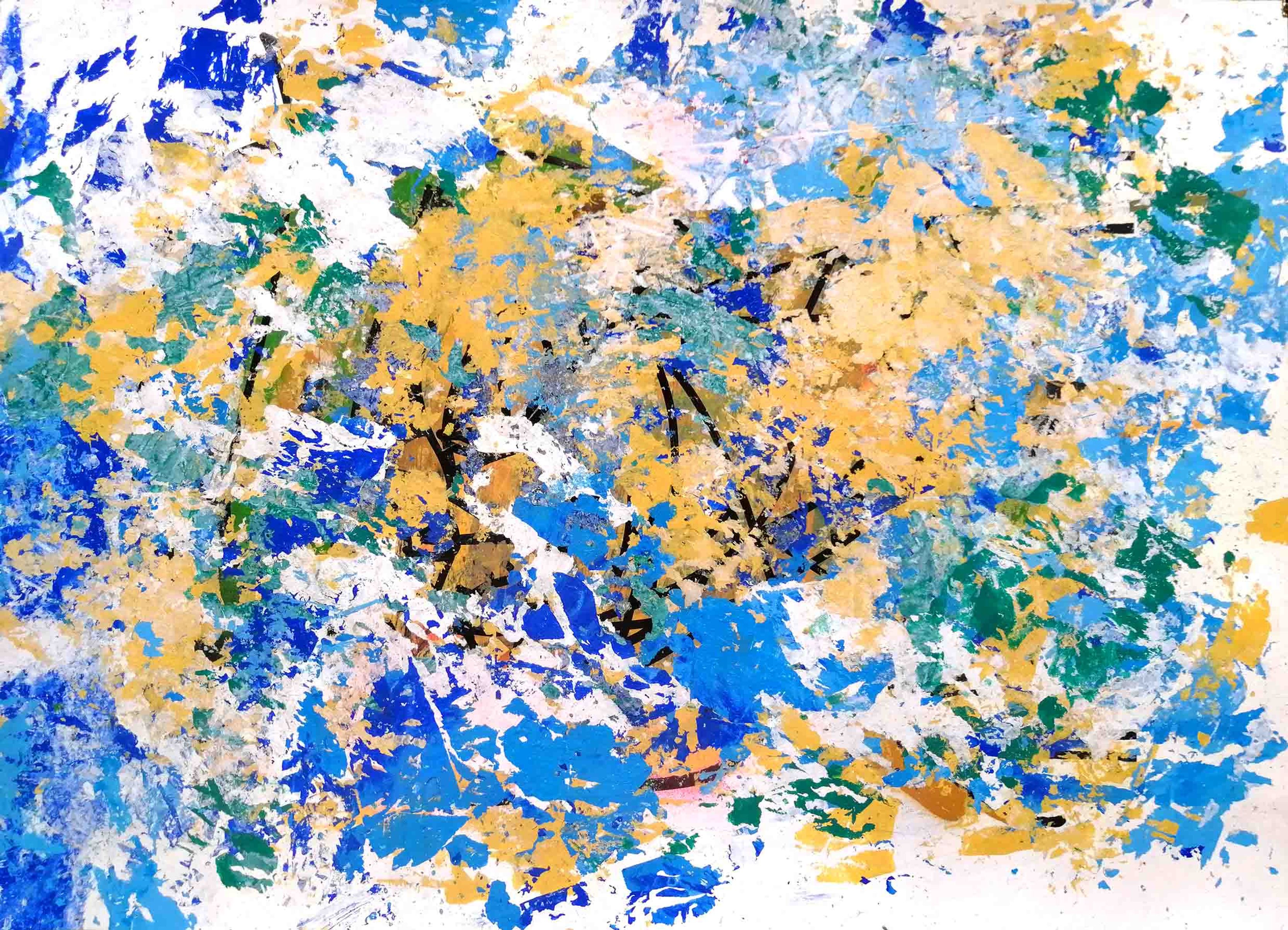 Germán Bel, aka Fasim, born in Barcelona in 1972, is a pioneer urban artist in Spain, active since the 1980s. Henry Chalfant played an important role in Fasim’s career and will be a key piece in his later artistic development.In 1989 he met Futura 2000 at an exhibition held at the Arcs&Cracs gallery in Barcelona, where he learned about artistic creations on canvas and his start in urban art, today known as street art, in Europe.

In 1992, the artist travelled to Paris to the studio of Jonone and BadBC at the Hôpital éphémère where he lived for a few days and contemplated the process of creation on canvas and the emergence of urban art in art galleries. He also joined the mythical 156allstarz crew.

Fasim’s paintings take us to a dreamlike world where the game with the pareidolias seems to dominate the surface of the works, since he was a child he keeps this visual and poetic game of the look, with the forms of any surface, either in the print of some tiles or in the humidity stains, erased or chipped of any urban wall. To a great extent this game is the first inspiration of the artists in the caves, where the images appeared in the reliefs of the rocks and is the cradle of painting.

Fasim has painted on numerous walls, exhibitions and shows in many cities around the world; Barcelona, Valencia, Madrid, Toulouse, Perpignan, Marseille, Paris, New York, Berlin, Copenhagen, Amsterdam, Milan, Naples or Sarajevo among others.

The Museum of European and Mediterranean Civilizations (MuCEM) recently acquired three paintings and six drawings, which will be included in the Urban Art collection of the Museum of Contemporary Art of Marseille (MAC).

«(…) the police and city officials in New York City claimed back in the seventies, that Graffiti was an entry-level crime, leading down the slippery slope to a criminal career. How wrong they have proven to be. I have observed that an apprenticeship in graffiti has led more than a few adolescent taggers and bombers to find brilliant careers as painters, designers, publishers and filmmakers. I find no better example of this phenomenon than Fasim.»

Germán Bel In The Studio

"My current work is the result of multiple previous transformations, it has to do more with a poetic-pictorial vision and expression than with representing objects or creating abstractions based on games or compositions of shapes."

Everything I see is the basis of my daily inspiration, a fallen piece of printed paper that suggests a beginning to me, an urban vision of torn up billboards with graffiti underneath that come to look like imaginary urban landscapes, the print of a shirt of a woman passing by...

My work is totally intuitive, so the works are not mechanical, they do not undergo a manufacturing process but are conceived, that takes time, sometimes there are days when nothing happens in the workshop or sometimes wonderful things happen.

In the studio of Germán Bel (Fasim): Pioneer of Spanish urban art, 2021

In the studio of Germán Bel (Fasim): Pioneer of Spanish urban art, 2021