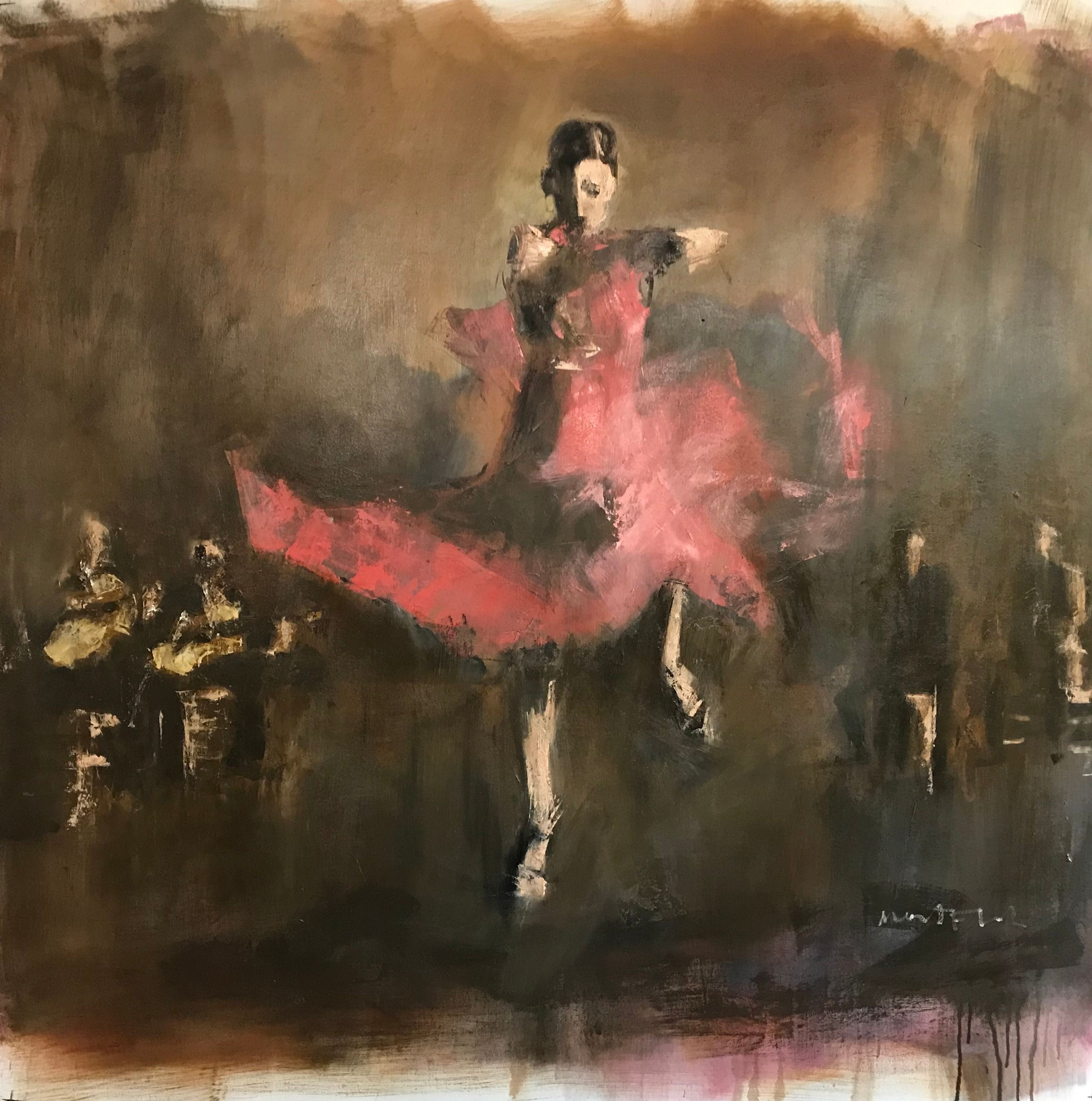 Javier Montesol was born in Barcelona in 1952 and belongs to the generation that fostered the cultural transition in Spain resulting from the change in the dictatorship regime to a Democratic country that took place in the mid-70s. He played a leading role in the underground comic movement that was initiated in the early 70s being the founder of emblematic Spanish magazines such as Star and Cairo. In his early days as an artist He was perceived as a cultural agitator and throughout his career, having to go on exile to Ibiza in the 80s.

Interested in representing the culture and traditions of his country, relying entirely on the validity of the Spanish Brand.

To date, Montesol's artworks are present around the world being exhibited the famous El Prado Museum, MNAC of Barcelona and Museo Taurino Las Ventas, and also in street Galleries located in Paris and Barcelona, being well known among specialised echelons in Europe and the United States.

Going into details: He Leaves the University in 1972 to found what would become the first comic magazine «underground» of the Spanish state, «Star». Author of several comic albums, journals and contributor to radio programs when he presents sound cartoons, dedicated to comics between 1972 and 1989. In 1989 he started painting thanks to Art Supermarket. In 1992 he established with his family in Vigneux de Bretagne, France. His first exhibition in Madrid in 1995, where he presents issues that seduce you, Los Toros and the popular Madrid. In 1999 he established with his family in Villanueva de la Cañada, Madrid. He has contributed newspaper abc from 1989 to 2002, Max performing arts award in 1999, author of posters, lithographs, serigraphs, performances and many exhibitions. In 1995 He presents for the first time his Bullfightings artworks at Jorge Alcolea ́s Gallery, in Madrid. He has published 10 albums, the latest “Idyll, Fortuny's notes” in 2017, edited by The Prado Museum. In 2012 drawing and wrote «Speak Low», his first graphic novel. In 2017, the “Museo del Prado” published its book «idilio» and exhibited his artwork at the most visited museum in Spain. In October 2019 He has painted in live in front of spectators a large artwork of 300x1000 cm at the National Museum of Catalonia (MNAC), in Barcelona, This Museum also bought in 2020 and will exhibit permanently his original comics being part of the History of Catalunya.

Javier Montesol In The Studio

I am inspired by hard working, thats where my ideas come from, once you put your mind to work, not seated or waiting for them.

The creative process starts once you put your mind to work, working mode trace paths and open doors.

Not only artists influence, everything around feeds you, just pay attention, the worst is being faithful to an artist you admire.

My hand and the light.

I never listen to advice on painting

Year of the Ox

Year of the Ox