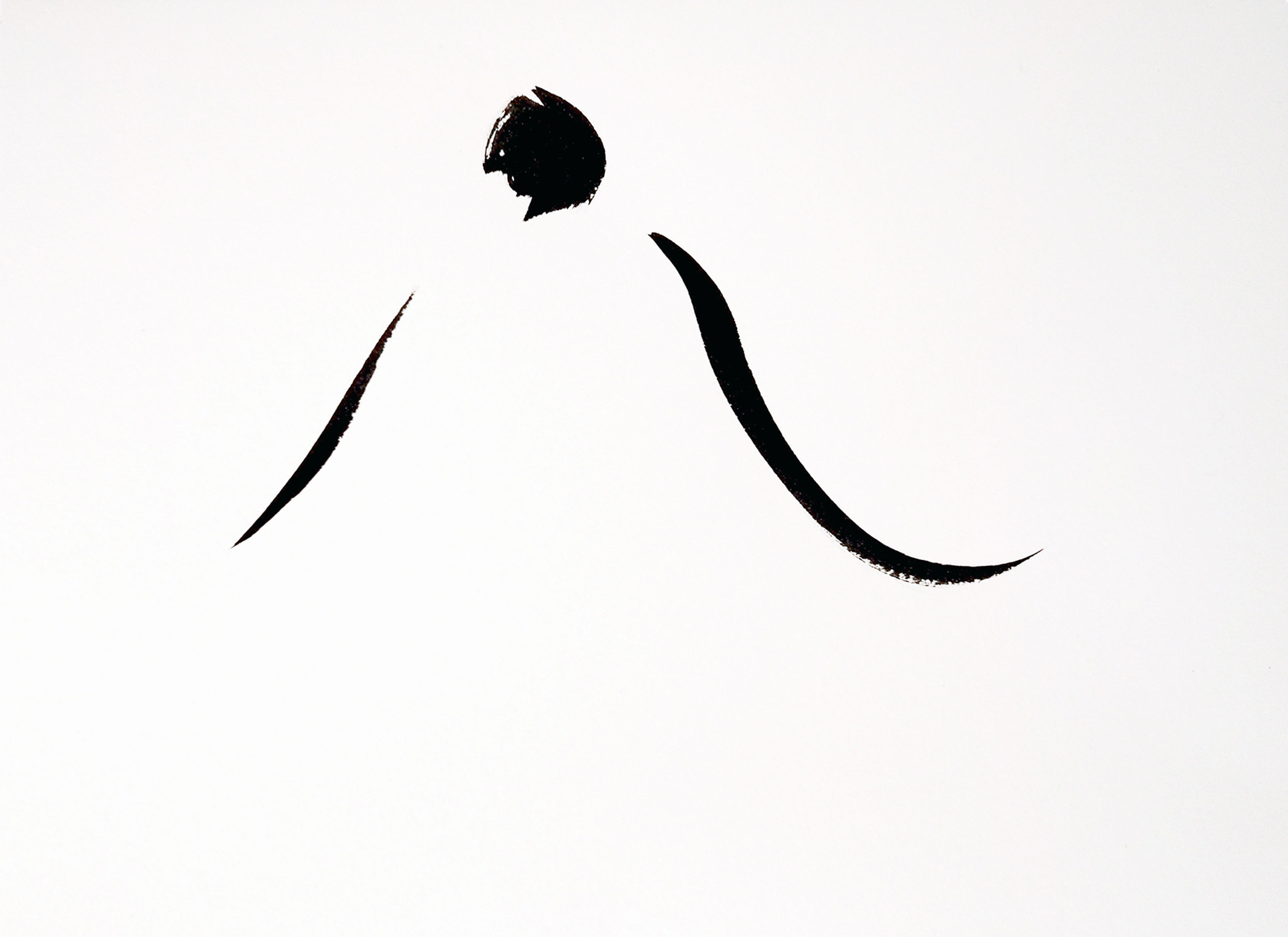 Based in: Brussels, Belgium

Mimi Kunz is a visual artist and poet exploring the body as our mother tongue and movement as a universal expression of liveliness.
Her fascination with body language developed during a year spent working in Thailand, where she was an an-alphabet at first, and amazed by how much can be shared through gestures and postures.

It has been 11 years now since Mimi started to transcribe movements into ink paintings, sitting on the floor with calligraphy brushes, ink and paper, feeling into and recreating moments to share their lightness and joy. Her ink paintings are in private collections around the globe. Her Poetry got nominated for a Pushcart Prize and shortlisted for the Bridport Prize.

Mimi studied Translation, Sociolinguistics, Literature and Art History at Albert-Ludwigs-University Freiburg, Germany, and later Painting and Graphics at the State Academy of Fine Arts Karlsruhe, where she was awarded a scholarship. Her work was exhibited in Belgium, Chile, France, Germany, Great Britain, Italy, and South Korea, and shaped by residencies in Vietnam, where she received a grant from the Goethe Institut Hanoi. She now lives with her young family in Brussels, where she founded ‘Something Beautiful’, a festival for visual art and poetry.

Thoughts settle, like water into sand/ and answers are there/ like the smell of rain in the air

If a spirit (a person, thing or tree)/ came to sign this moment/ this is what it’d be

Between you and me

Keep the strength in

My body and me/finding our song

When a dream carries you into the day, when the air smells of summer rain, when you meet a friend in the street, and life takes you by the hand, to dance

Mimi Kunz In The Studio

"Put the mind in the body", a Thai monk once told me

The Shape of Us

The Shape of Us