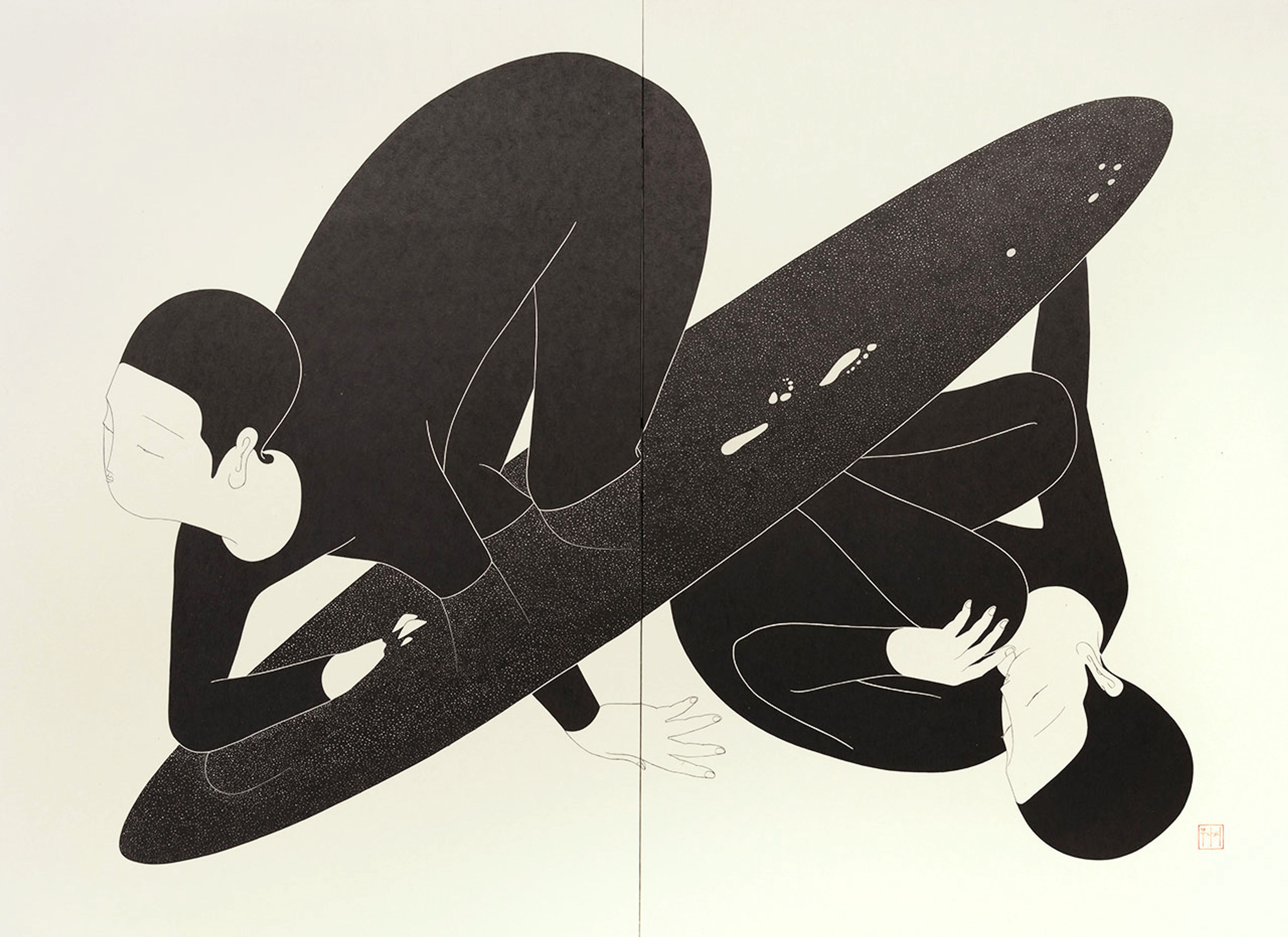 Based in: South Korea

Based in Seoul, Kim was trained in the traditional painting techniques of Korean Art and studied East Asian Art History, graduating with a BFA in Oriental Painting from the Hongik University. Having exhibited widely in solo and group exhibitions in South Korea and internationally including New York, Miami, Paris, London, Bangkok, Singapore, Oslo and Romania, this is Kim’s first solo exhibition in Hong Kong.

Finding the balance between the traditional East Asian art with contemporary life has always been an key interest in his art explorations and he often drew insights and inspirations from his own life experiences, and his inner thoughts and feelings. The visual expressions of these inner reflections and the desire to share them with his audience sparked off the beginnings of his series of “Moonassi drawings” that he started since 2008. In Korean language, the words forming “Moonassi” primarily came from two characters “Moon” meaning emptiness or void, and “Na” meaning ego or the conscious “I”. Together, the word “Moonassi” represent an empty ego that has the limitless ability to contain anything and anyone’s mind.

Daehyun’s Moonassi series has becoming his lifetime project. Kim’s skill in interweaving a contemporary narrative of poetry and philosophy with his strong foundation in traditional brush painting, creating a series of refreshing and insightful works.