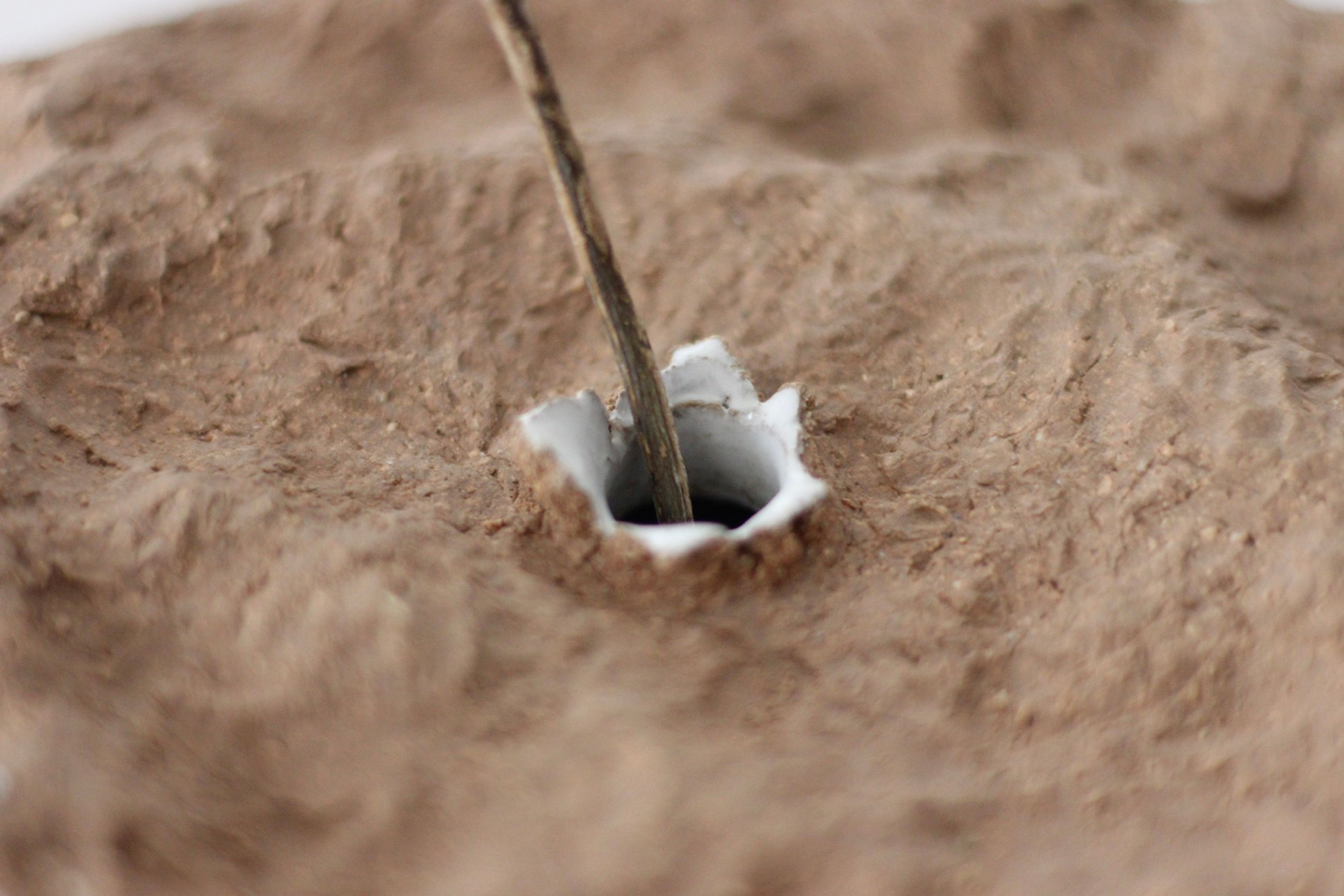 My name is Evgeniia Kazarezova and I’m a ceramic designer. Started my professional career as an architect and later as an interior designer, I continue to work with space now by placing my objects in it. Mostly I work with clay as with one of the ancient and natural material human worked with. Perception of the way material got through the thousands of years in different cultures all around the globe gives me a dose of verve.
Using traditional craftsmanship methods, I go for contemporary design objects that reflect my vision and feeling of the modern world's actualities.

I'm a child of post-Soviet Russia. So I appreciate soviet postmodernist and brutalist architecture.
I observe relationships of modern human and flora on the city site, making connections between different phenomenons. Through the natural material and oldest craft, I explore the reality of digitalization and look at it from different angles, I translate my vision through my objects. The combination of traditional techniques and modern technologies allows me to achieve unobvious results during the design process.

I associate myself with an aesthetic of pure material textured impressive forms, making my objects massive, tactile, and sensory. My works may be characterized by the purity of form, naturalness, and minimalism in colours.
The design method can be described as a practice-led exploration of harmony between form, texture, and natural colour of the material to create sculptural and functional objects hand-made and fired in my studio in Bratislava.

Evgeniia Kazarezova In The Studio

I'm a child of post-Soviet Russia. So I appreciate soviet postmodernist and brutalist architecture. I associate myself with an aesthetic of pure material textured impressive forms, making my objects massive, tactile, and sensory.

I respect clay and work like with a partner in the constant dialog. I never make tests giving trust. There cannot be a mistake- all processes and results are right with that material. I always give space to material, not totally controlling it.

Clay. This is a reason why I started ceramics.