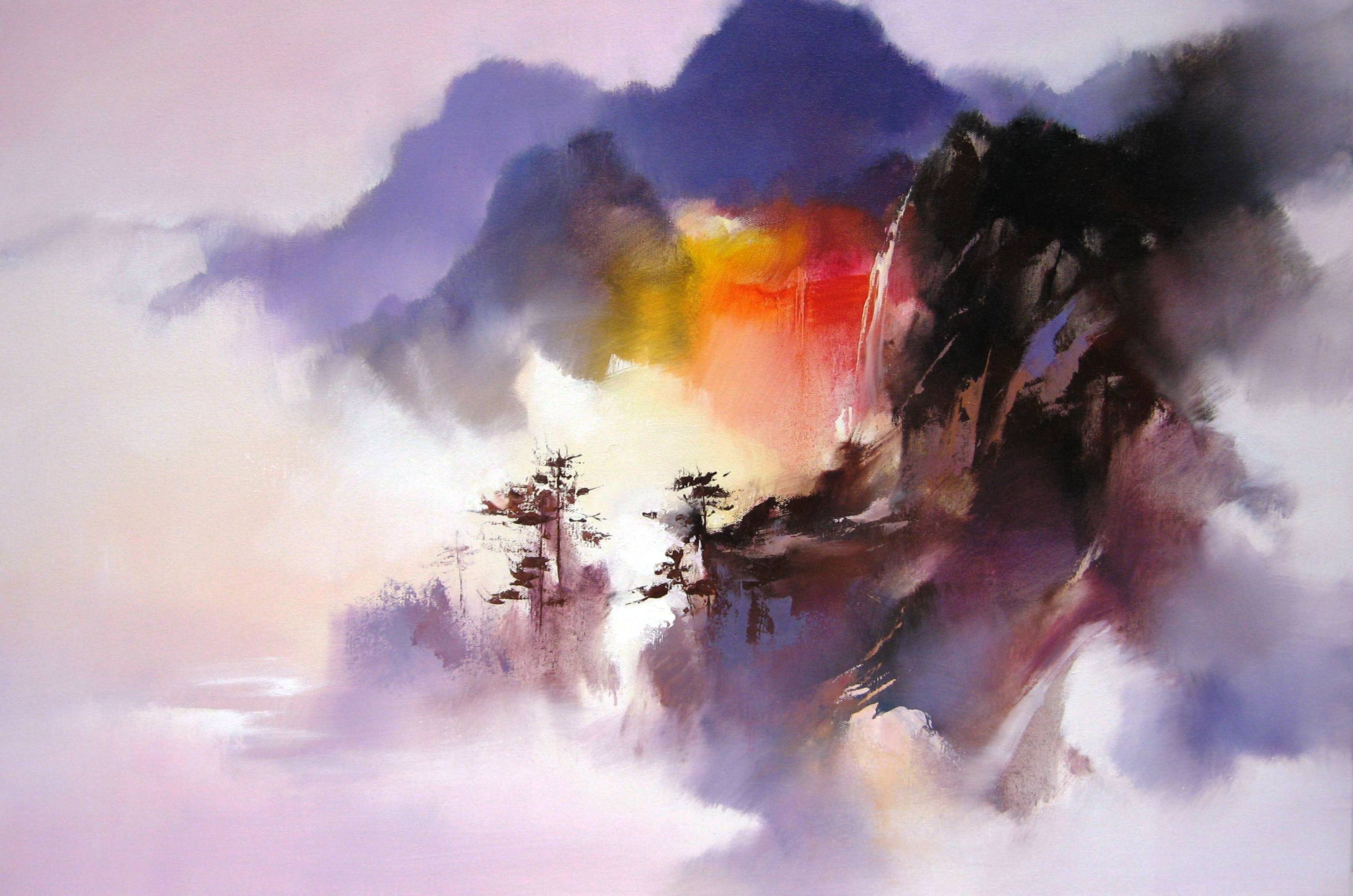 Born on May 14th, 1933, in Canton, China, Ken Hong Leung moved to Hong Kong in 1949 to become involved in the city's artistic community. Largely self-taught, his first oil paintings went on display at Konn’s Fine Art Gallery in Hong Kong in 1960. Within a year, his fishing villages and coastal community scenes were a sensation in art circles. Hong decided later on to open his own Leung Gallery at the Miramar Hotel in Kowloon, Hong Kong in 1967, which showcased his artwork for more than a decade. In 1979, he became a resident of the United States and settled permanently in the San Francisco Bay Area with his wife and four sons, including artists Thomas and Richard Leung.

Hong, together with his sons Thomas and Richard, opened a Leung Gallery in Oakland near the Jack London Square area, all the while having their artwork represented by Lahaina Galleries in Hawaii and California. Following the opening of the gallery, they also started Leung Studio and dove into the business of fine art publishing and licensing which included Giclee limited edition and open edition reproductions. Hong’s work has also been published by Verker, IKEA, Costco and Hallmark Cards as art reproductions and postcards sold all over the world.

Over the years, Hong exhibited his work in Hong Kong, Japan, Singapore, Taiwan, Canada, Australia and many cities of the United States while receiving numerous honors and distinctions. In Melbourne, Australia galleries that have held shows for Hong include Blue Boy Art Gallery and Kavlaine International Arts. In Victoria B.C., Canada, the Stephen Lowe Art Gallery has also invited H. Leung for his works.
He was elected a lifetime consulting member of the Asia Artist School in Hong Kong, made a member of the Asia Society of Art and also the Orient Art Institute. Today, H. Leung is recognized as one of the premier neo-impressionist artists; considered a master of the enchanted landscape, dreamy moods, and magical reflections of light and color. His work is currently exhibited at art galleries such as Wyland Galleries and Lahaina Galleries in Hawaii and California and also at Leung Galleries in Shanghai and Jingdezhen, China.

Falls above the clouds

Beauty of lakes and mountains

Hong Leung In The Studio

Artworks to Uplift Your Work-From-Home Experience

Artworks to Uplift Your Work-From-Home Experience