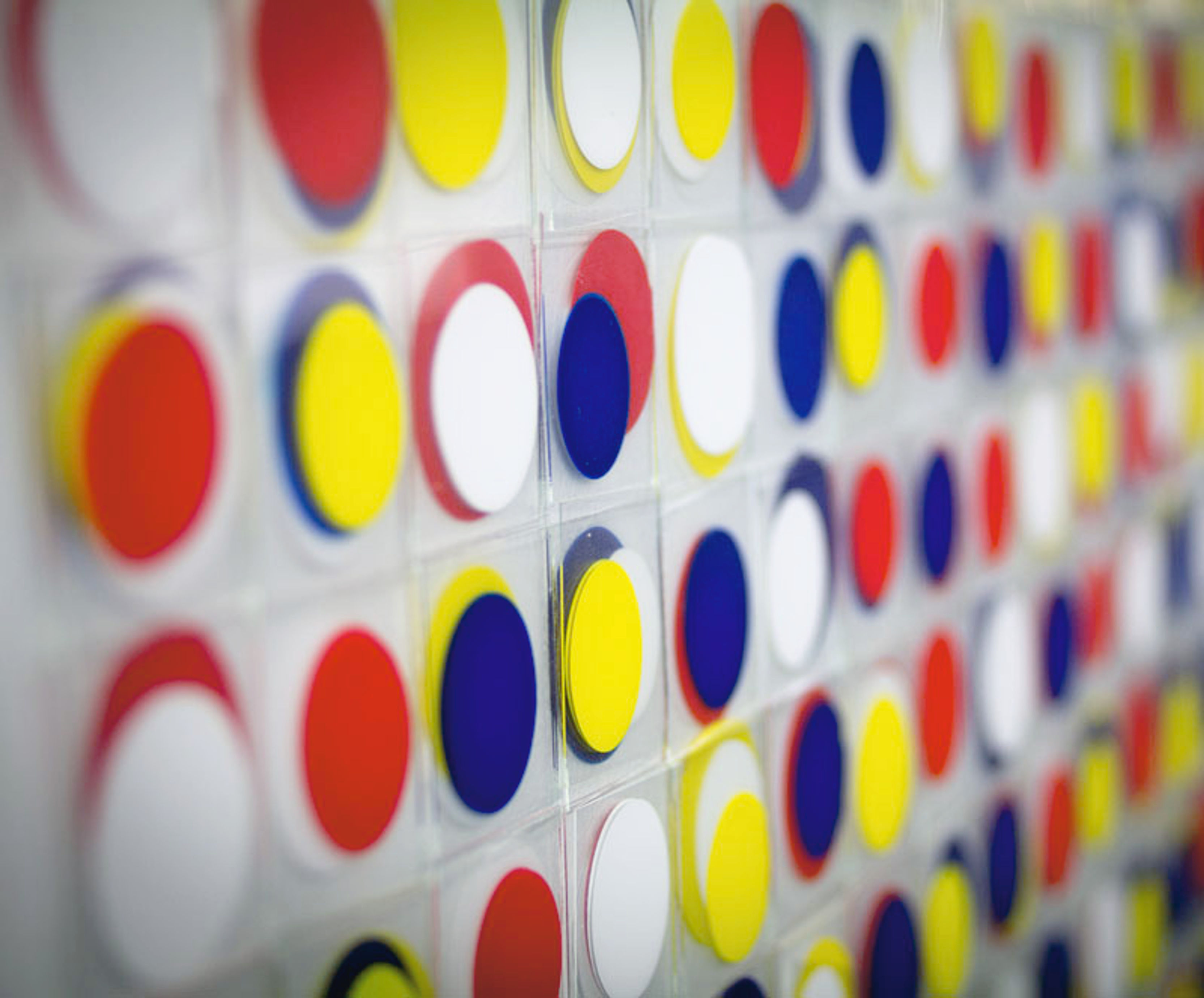 I started to draw at a very young age. I remember drawing and painting since the day I was able to hold a pen. It seems like I never stopped since, like many other artists. I grew up in a modest but educated family and was encouraged to practice art from the beginning. I studied art and art history in high school and graduated in literature and arts at 18. Then I moved to Rennes (France) in 1998 to go to college where I got an Art Master Degree in 2003, focusing the whole last year on painting. In the meantime, I started to work as a High School Art Teacher in Paris suburbs in 2002.

I am currently living and working near Rouen (France), where I found myself a very nice studio and have opportunities to exhibit my work on a regular basis. I’m still teaching art to teenagers in high school.

My artistic influences are numerous. I’m very interested in the work of famous painters like Robert Ryman, Gerhard Richter, Vera Molnar or Bernard Frize. Supports/Surface’s research work on the intrinsic qualities of the painting and its process is also a very important influence on my own work.
My early works were small-sized square paintings in which I experimented on the colors, the surface (how many ways can one find to occupy the surface of the canvas ? ), the different overlapping coats of paint, and how the viewer can imagine them, given the clues that I left for him. I considered the viewer like an archaeologist or a geologist, digging and searching in the coats, the strata of the painting, trying to discover its process with his eyes as the only tool.

This is maybe the key to understand my work: I’m interested in the process as well as in the result of it. Maybe more, sometimes. It means I can experiment on the canvas, recycle old paintings to create new ones, include non-painting elements, or be inspired by a previous computer-made sketch.

In the [Cross II] series I’m currently working on, I use an orthogonal metallic grid as a matrix
through which I make the painting cross. I work with a painter's knife as well as with a brush, my own hands or a can of spray paint, playing with colors, transparency and thickness, leaving empty surfaces on the canvas, shaping the color and creating relief and overlapping shapes.

I work with acrylic because it provides a large palette of colors, allows to vary the thickness, or play with brightness and matte aspect. It also has a fairly short drying time which is useful, as I’m always working on three or four paintings at a time. I also like to work on different supports: canvas, wood panel, glass, plexiglass. Trying to take advantage of their intrinsic properties.

Do not Love me Too Much [Cross II]

Maryline Beauplet-Dornic In The Studio

Most important is to share thoughts with artists, collectors and art lovers. They usually see what I'm missing in my own work.

It starts with an idea of process that I expermiment and decline in series.

At this time it's a metallic orthogonal grid

To be restless, to work and read

I go to museum, galleries and visit artists studios . I read a lot about other artists as well.