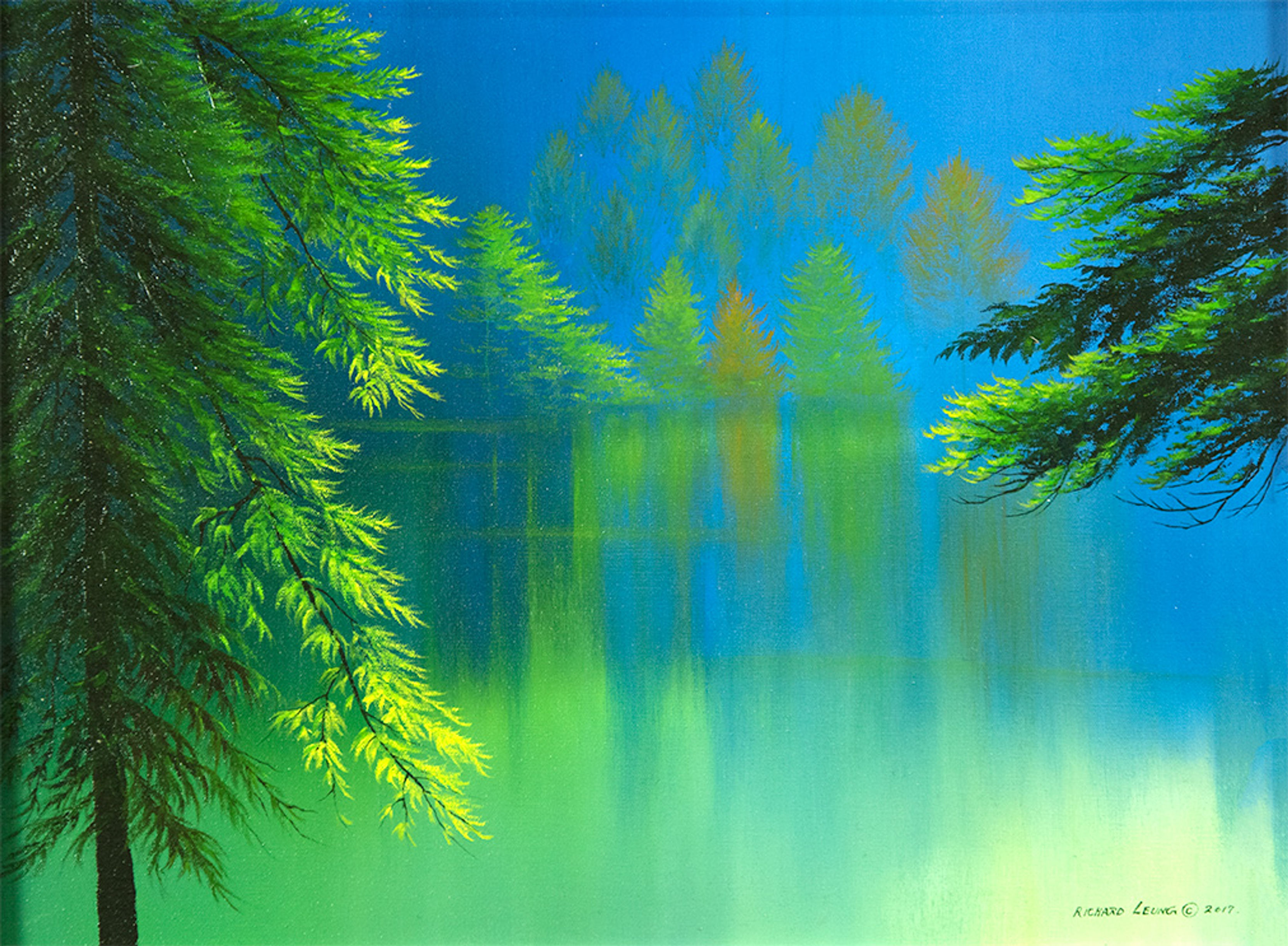 Following in the footsteps of his father and older brother, Richard Leung is rapidly earning recognition as the family's third talented landscape painter. Today, his work is represented by leading galleries throughout Hawaii and the Western United States.
Born on October 10, 1961, in Hong Kong, Richard Leung immigrated with his family in 1975 to California. After finishing high school, he attended Laney College in Oakland and majored in art and business, as well as studying photography.
Encouraged and trained by his father, Richard Leung's technique is less impressionistic than the other members of the family, though he too takes his greatest inspiration from nature. He travels frequently to experience different landscapes and scenes, studying forms, lighting effects, and coloring. His work features an increasingly dramatic use of color and a tendency to focus more intimately upon a landscape, producing a smaller image that is full of power.
At the same time, his work owes much to the ancient Chinese tradition, offering a lightness and sparseness of subject. "As with any artist, I paint in hopes that my work will comfort the viewer and transport them to a place of beauty, a paradise where only dreams can take them," he says.

Lake in the Morning

range upon range of mountains