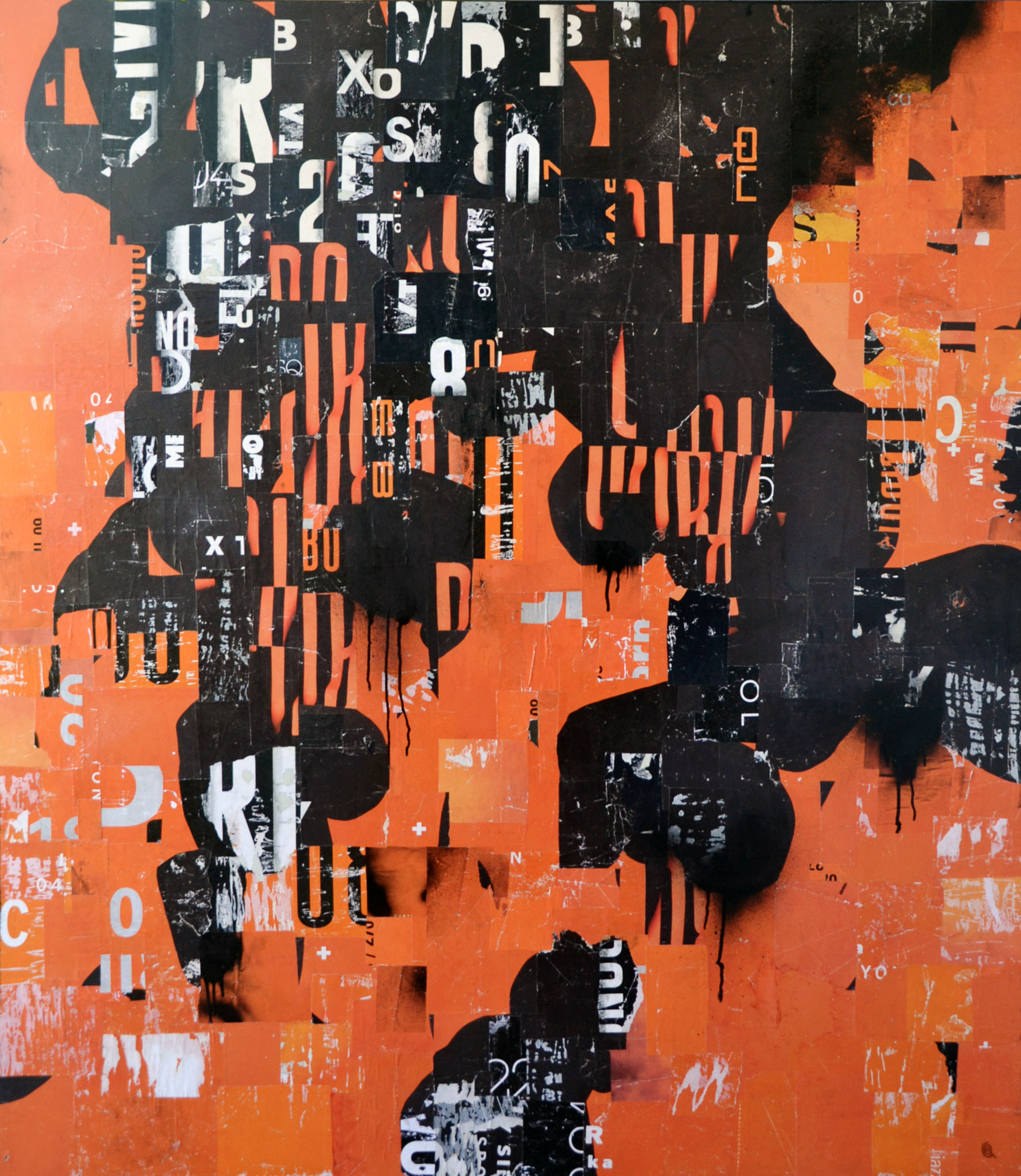 Sylvie Perrin was born in Lyon (France), where she currently lives. From the age of six, she expressed her desire to become a painter and thereafter never considered a B plan for her studies.

A few years later, graduated from the Ecole Nationale Supérieure des Beaux-Arts de Lyon, she began her career as an illustrator for the press, publishing and advertising between Paris and the Netherlands, where she settled for six years.
During these years, she expressed her creativity either through modeling, painting, drawing, graphics or design.
She also worked in New-York as the artistic director on a BET tv channel puppet show, “The Fabulous Reggae Dogs”.

Along with her activity, she has never stopped creating collages from magazines and old paper, for her own pleasure. Wanting to develop this more personal artistic expression, she has been making collages for a few years by collecting advertising or event posters on the walls of the city of Lyon.
She now exhibits her work in galleries in France, Switzerland, the United States, the Netherlands and on the internet.

In reference to her primary activity as an illustrator, and to avoid confusion linked to her very common last name, she signs her works Sylvie Perrin Queenofclay.

Sylvie Perrin In The Studio

I cut, tear, decompose and recompose in resolutely urban and dynamic forms this material which, by nature, is ephemeral. I give it a second life. The use of a layer of transparent and shiny resin finish on each piece glorifies these discarded raw materials and illuminates them. Each of my collages, as a tribute and to keep the memory of where it comes from, is named after a street or a district of Lyon.

Do more of what makes you happy