10 Artists Who Celebrate Nature Through Their Work

Nature has always been a great inspiration to artists - from cave drawings of animals, to contemporary artists working today. Artists have depicted nature as a setting to express their inner feelings, forever changing the face of art. As famed impressionist artist Paul Cezanne stated,

“Painting from nature is not copying the object; it is realizing one’s sensations. Treat nature in terms of the cylinder, the sphere, the cone, everything in proper perspective.”

The Artling presents 10 contemporary artists using media ranging from photography to graphite pencil, to capture nature and share their connection with the environment!

Nivec was born in Croatia and graduated in painting from the Ljubljana Academy of Fine Arts. Today, Nivec teaches art in private schools and runs art courses and workshops in Ljubljana. He is influenced by natural forms such as plants, flowers and trees.

" The source of my inspiration is the fascination with rhythms created by a variety of forms in nature. To emphasize all these rhythms, I usually place my motifs into carefully defined cut-out compositions in which they vary from image to pattern or offer close look to inner spaces. I am also very interested in ornament as a way of visual expressing of ideas; at this point, I explore the relation between a realistic and abstract concepts and between image and pattern."

Ninagawa was born in 1972 in Tokyo, Japan. She is a multidisciplinary artist who works in photography and film. Ninagawa currently lives and works in Tokyo. The appeal of her photography can best be summed up by a signature approach that is bathed in dreamlike vivid colors.

"Whether it is portraiture, landscape, or still life, at the heart of my work are themed looks that rotate between flora, fauna, landscapes to create my lush tableaux."

Ninagawa is one of Japan’s most celebrated photographers, where celebrities seek her portraiture, she is now breaking out in the West. She captures her ornately clad human subjects against baroque stylings that suggest a firm grasp of practical scenography, and the work achieves a calm, pictorial mastery. Portraits of local and international personalities, from Chiaki Kuriyama to Beyoncé, pepper her portfolio, and her distinct and vibrant aesthetic has been influential around the world.

Working in black stoneware and porcelain, Hogge crafts her one-off artworks in her studio in East London. Grounded by years of expertise in ceramics, she takes an instinctive, visceral approach to each piece, painstakingly sculpting every petal and anther by hand so that no two flowers are identical. Her creations are organic and ornate, stylised and purposeful but with an element of spontaneity.

The pieces are fired at high temperatures transforming the porcelain into ossified shades of white, whilst the black stoneware creates velvety dark counterparts. Striking as singular statement pieces, these can also be grouped to create still lives and wall installations. Where the porcelain brings subtlety the stoneware brings drama.

"Inspired by my passion for all things botanical, and influences as diverse as Frida Kahlo, Georgia O’Keefe and Marianne North, I breathe life into my clay in the form of dahlias, chrysanthemums, agapanthus, daisies, agaves and roses, and I will happily try my hand at any flower!"

Cooper is a contemporary artist creating and working out of Evansville Indiana. He creates aesthetic nature and flower art where he is known for his fresh style of vibrant and bright colored work. He is also known for his signature "Wildflower" that can be seen on murals around the country. Taking his drawings from the studio to large scale murals, his work can be found inside and outside of the gallery setting.

"I paint and draw my own colorful world of nature into which I welcome you!"

After dabbling in the publishing and advertising industries, Kuanth answered his calling and became a freelance illustrator in 2002. Kuanth loves old stuff with a history — flea markets are his favorite haunts for hidden gems and inspirations. He also appreciates all things handmade especially crafts passed down from generation to generation.
His "New World" Series is inspired by the recent pandemic outbreak,  he imagined a world after a reset — it revives with bizarre-looking plants in all forms and shapes, seemingly menacing, but full of hope.

"What kind of a world were we living in? What does it show us during this pandemic？As the world shuts down with suspension of major industrial and human activities, pollutions — air, water and earth — are greatly reduced. Levels of harmful gases like carbon dioxide have dropped so much that air quality in many cities has improved significantly. Marine stress is alleviated as cruise liners and maritime activities came to a halt; seawater became cleaner without commercial contamination. The Earth does not need humans who created all those chaos."

Arko started her career as an artist in 2002 in Tokyo, Japan. Her artworks are crafted from a bunch of rice straws. Rice straw is the vegetative part of the rice plant which is separated from the grains and dehydrated after harvesting. The straw as a by-product of rice is mainly made efficient use of its materials in various forms in the geographic area from East Asia to South Asia where mainly consumes rice as their staple foods.

"In Japan, straw played a large role in everyday life not only as an agricultural feedstuff but also as the raw materials of Japanese style straw shoes, straw coats, blankets, food wrappers, carrier bags and all that. However, it was until a hundred years before present."

Nowadays, straw work is merely used for making a straw festoon called “Shimenawa”, which is a holy ornament for a New Year ceremony in the Shinto style in Japan. It is normally hanged on the door for a couple of weeks during the year-end and New Year season. Hence, it has been almost faded out in modern life particularly in the city area, but it doesn’t mean the change of living on rice. Japanese food culture is originally based on the rice-eating culture and it built numerous customs, habitude, and national characteristics. Therefore, the artist uses straws to seek the heart of ethnic identity.

Multi-media artist Javiera Estrada was born in Mexico in 1981 and moved to the United States in 1989. Her childhood was heavily influenced by her training in classical piano and violin, which continues to inspire her aesthetic today. She attended Santa Monica College and received her Certificate of Photography in 2009. Estrada’s broad scope of work is a reflection of memories that she has shaped into her reality. A seeker of the spiritual, Estrada believes that every piece of art created is a self-portrait, a physical expression of that inner nameless world our soul inhabits. Using photography as her main visual medium, the sound of the camera's click offers her the perfect confluence between the real and the ethereal. A multifarious artist, Estrada’s creative expression encompasses traditional photography, mixed media, sculpture, installation, and film.

Jakkee is a Thai artist and holds a Bachelor’s degree in Fine Arts from Chiang Mai University, Thailand. He received honorable mentions for his work in the ASEAN Graphic Art and Exhibition 2012 in Vietnam and from the White Elephant Art Award competition in 2013 and 2014.

Alexandre first fell in love with photography in 2000 while traveling around São Paulo in Brazil.

"With a disposable camera in his bag, I started to record every corner of urban landscape among this wonderfully strange, enormous city. After a Ph.D. in language science studies and a few years to teach in this field, I decided to turn seriously my passion for photography. I was drawn into the world of pathos and emotions which launched his desire to dedicate my life to recording the silent aesthetic of our beautiful world."

That is the reason why Alexandre doesn't take souvenir pictures but timeless and almost pure natural scenery instead.  In fact, Alexandre is fascinated by the temporality of photography, which is very brief in the act of shooting but strangely flexible once it is observed. All his work is all about observation and following him, his sceneries try to be independent from our presence, even if sometimes some silhouettes, wrecks, or structures witness our inevitable reliance. He is also passionate about Art, especially Land Art and Abstract paintings. 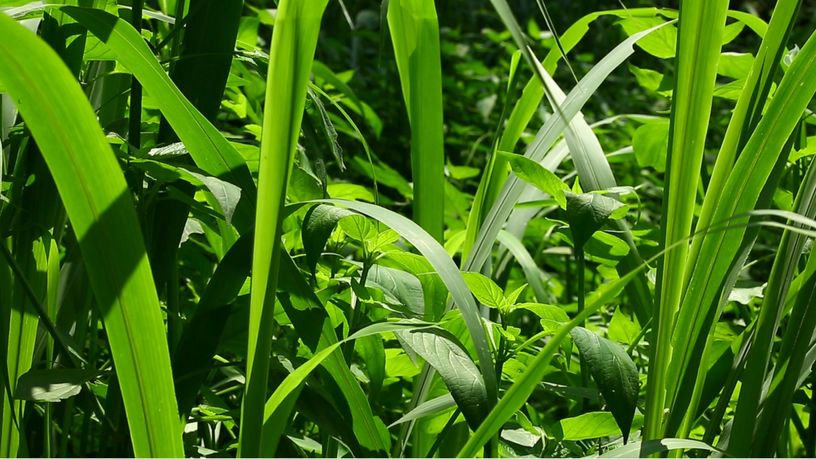 Play, in the sense of ‘fresh, intriguing and humorous’ pulsates through the body of Tromarama’s practice, which combines video art with new music and installation. Initiating as a collective in 2006 in Bandung, Indonesia, Febie Babyrose, Ruddy Hatumena and Herbert Hans, have been developing inventive responses to contemporary urban culture. Each work, rather than existing in viewership isolation, is woven into the larger cultural fabric of the city of Bandung and addresses in interactive reflection the cornerstones of Indonesia’s political and cultural environment.

The trio met whilst studying at the Institute Technology of Bandung, which since the 90s and 2000s has been active in the support of video art and the city’s creative currents. Students in respectively graphic design, advertising and printmaking, the triumvirate came together for the “traumatic” creation of ‘Serigala Militia’ (2006) – a stop motion animation film (4 min 22 sec) made of hundreds of woodcut plywood boards, flashing in speeding sequence to the beats of Seringai, an Indonesian hard rock band. Acting as a music video but presented simultaneously as an installation, this meeting of minds framed the collective’s energetic and intricate, yet playful and pulsating practice.

Artists have gone to nature as a constant source of inspiration since the beginning of art history, and contemporary artists continue to depict nature in new and exciting ways.

12 Female Designers to Watch Out For...

On The Rise: Serena Dzenis’s Otherworldly Photographs of Nature