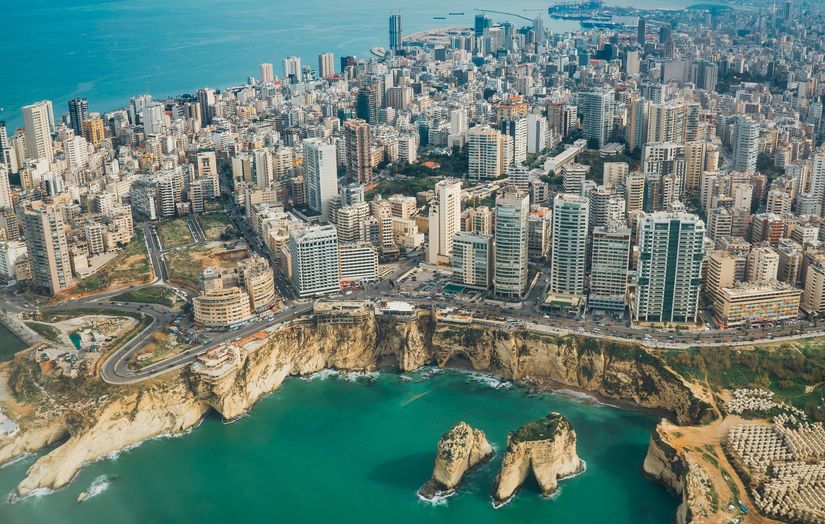 Beirut is known to be one of the oldest cities in the world, having been inhabited for more than 5,000 years. Although it has seen its fair share of conflict through the 20th and 21st century, Beirut has now evolved into one of the ten liveliest cities in the world and has been named the top place to visit by the New York Times. Beirut now is teeming with arts and culture and has fostered the growth of fairs such as Beirut Art Fair which celebrates its 10th anniversary this year. It is also home to Beirut Design Week, the largest growing design festival in the Middle East & North Africa, bringing in over 25,000 visitors during each installment. Due to its culturally prolific climate, commercial galleries, institutions and non-profit spaces have emerged. This includes the 12,000 square-meter Beirut Museum of Art (BeMA) that is set to open in 2020, positioned on a site that once marked the dividing line in the Lebanese civil war.

Getting around Beirut is best tackled by taxis that can be hailed easily on the streets. You can even hail a taxi that already has a passenger in it by calling your destination out to the driver - if he’s going the same way or is willing to make a small detour, he’ll beckon you to jump in. If the taxi you are hailing is empty, you can also let the driver know that you want it as a shared cab by asking “Servees” before getting in. It is important to keep in mind that Beirut is not a city designed for pedestrians! However, back streets such in areas such as Hamra, Gemmayze and Mar Mikael are worth exploring on foot.

Ahead of Beirut Art Fair, we bring you these galleries, institutions and art spaces worth exploring in Beirut: 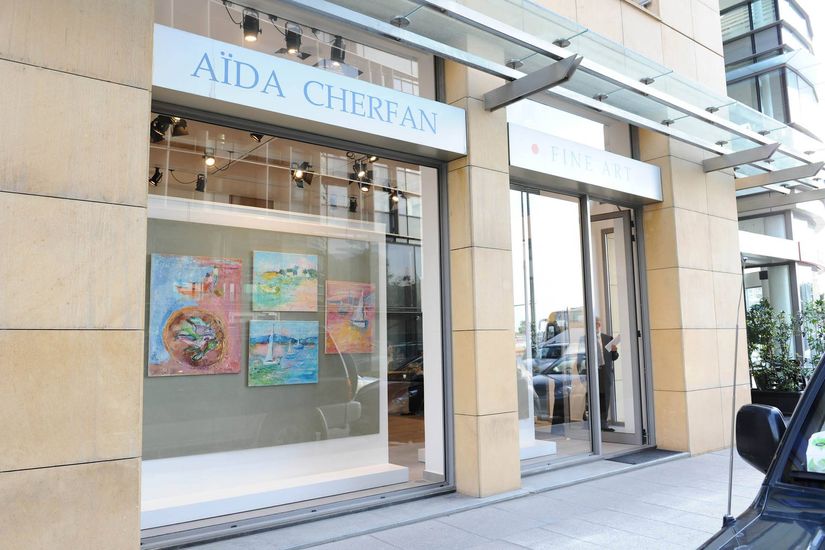 Initiated in 2000 in Antelias, Greater Beirut, Aida Cherfan opened their second space in the Beirut Central District. Hosting only five to six exhibitions a year featuring works by the artists they represent, they seek to give these artists the opportunity to showcase their practice through these carefully planned collective shows. 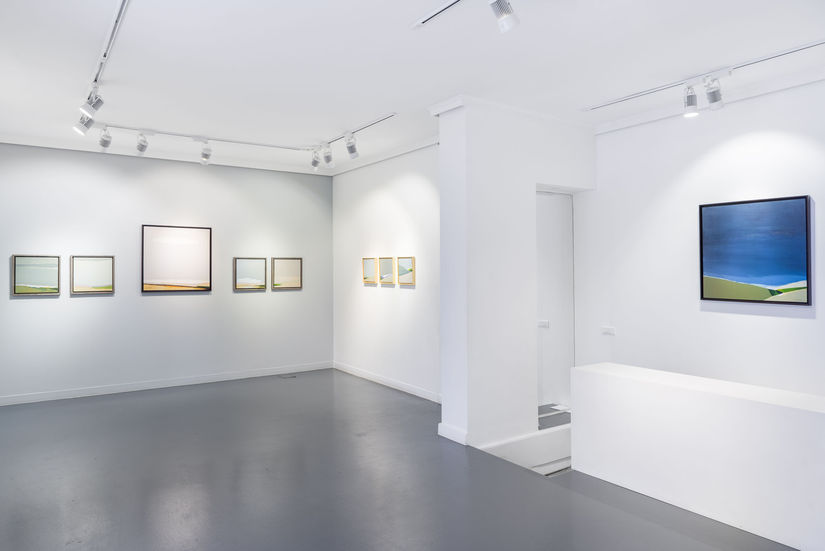 Agial Art Gallery was established in 1991 and has grown to become a leading gallery for modern and contemporary art from Lebanon and the Arab world. They showcase a large range of regional art from emerging and established artists. Agial Art Gallery’s permanent collection serves as an important historical survey of Middle Eastern art and continues to trace the evolution of artistic practices of the region. 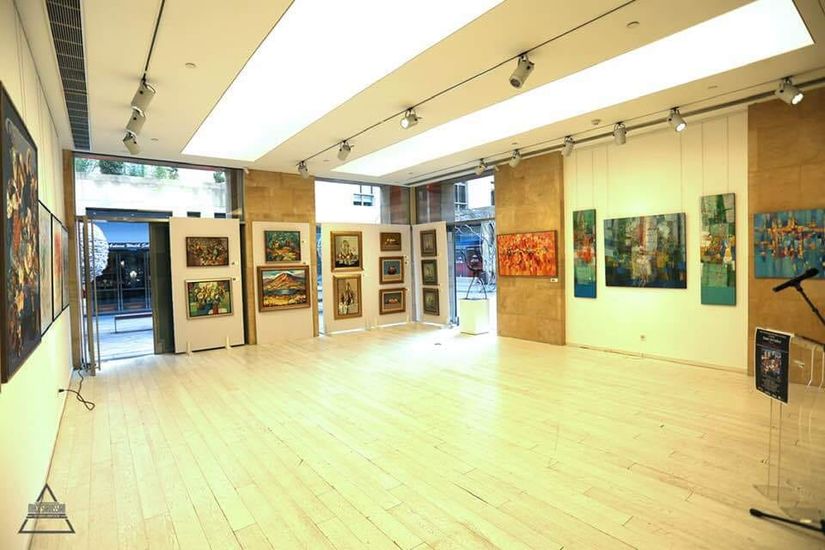 Aramé Art Gallery was founded in 2003 by art collector Aram Sargsyan and has a focus on showcasing paintings by internally renowned Armenian artists. Originating in Yerevan in Armenia, they have since expanded their gallery to cities such as Beirut and Los Angeles. Not only is Aramé Art Gallery a commercial gallery, but they also engage with publications and catalogs dedicated to contemporary Armenian art. 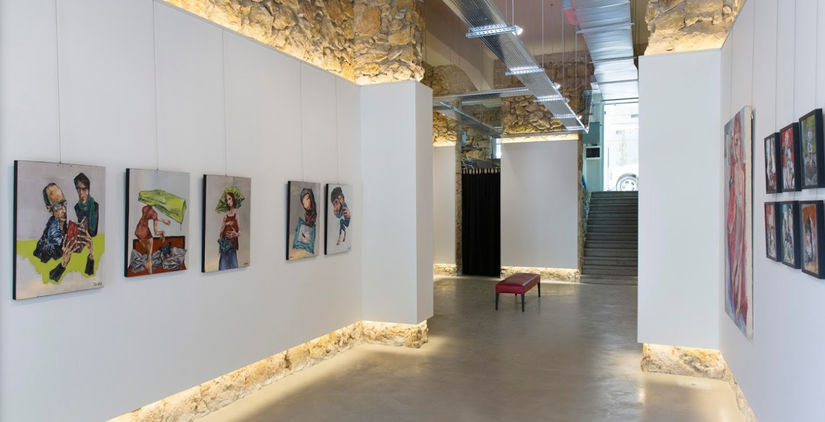 ARTLAB focuses on contemporary figurative and abstract art by bold new talents from the Middle East and beyond. They amass works across a wide array of mediums, from painting to video art. ARTLAB discovers young artists from around the world and introduces them to Beirut’s art ecology. 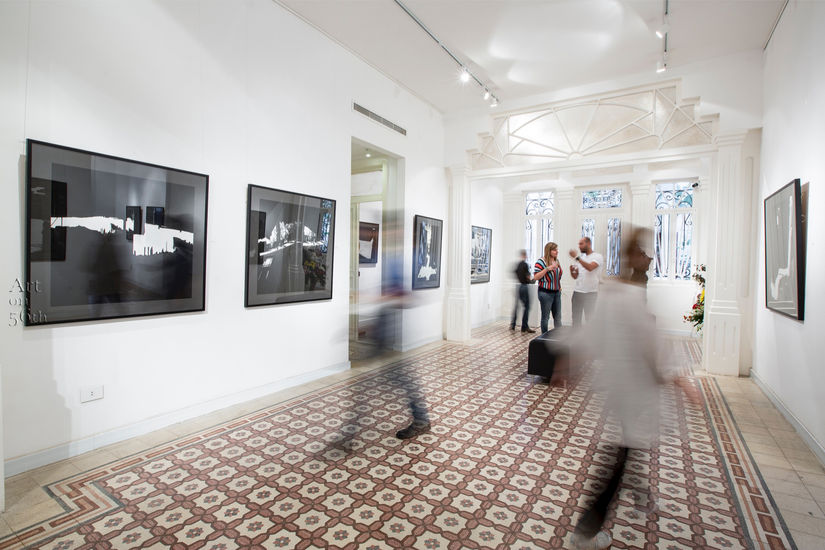 Art on 56th Gallery is an independent visual art gallery in Beirut, Lebanon. It was founded by Noha Wadi Moharram in 2012, and is rooted in Gemmayze, the capital’s booming artistic and cultural neighborhood. In addition to presenting roster of local artists to an international audience, the gallery’s mission is to promote both established and emerging contemporary artists from the Middle East and beyond. This results in a colorful exchange, highlighting the powerful meaning of images and creativity within a society. The gallery exhibits artworks in a large variety of media, including painting, sculpture, work on paper, photography and video installation.

Artspace Hamra is both an art gallery and a multidisciplinary space that promotes and supports modern and contemporary Middle Eastern art. Its diverse program includes non-commercial art projects and events as they are also home to a nonprofit organization. This two-fold approach allows them to create sustainable and uncompromising platforms for public interaction and cultural expression. 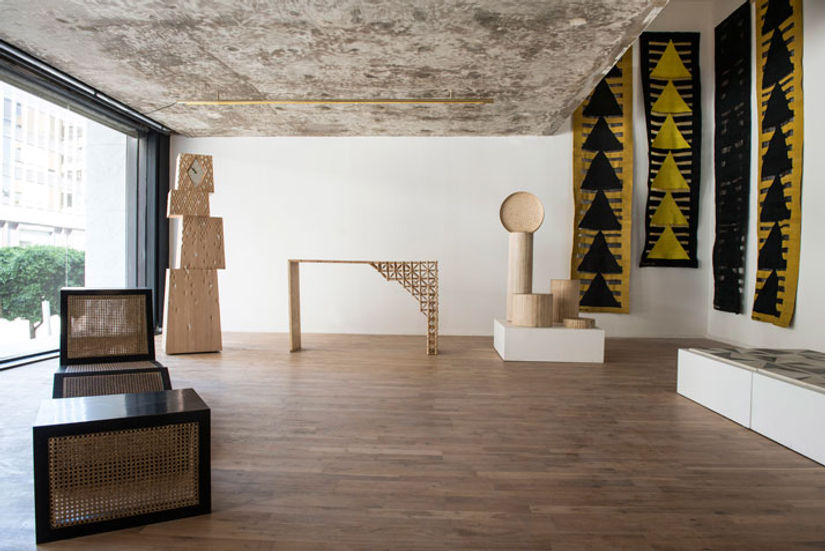 Founded in 2010 by architects Nicolas Bellavance-Lecompte and Pascale Wakim, Carwan Gallery was the first contemporary design gallery in the Middle East. Their mission is to internationalize design in the Middle East, with a gallery that exhibits bespoke projects and limited edition objects. They also focus on special commissions of internationally renowned architects and designers. 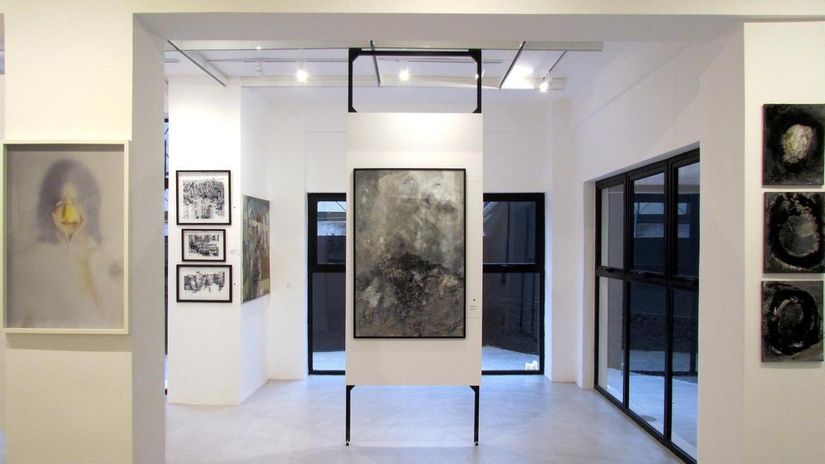 Founded by Jean Riachi, Nathalie Ackawi and Amar A. Zahr in 2017, CUB Gallery is a space dedicated to showcasing the work of emerging artists from fine art programs across Lebanon. Tucked away on a side street in Badaro, a neon cub beams through all the hustle and bustle of the city. This emblem marks CUB Gallery, a new kind of exhibition space dedicated to creating an accessible channel for artists early in their career as well as young collectors. The artists represented by CUB Gallery are currently enrolled or recent graduates of art related degrees from Beirut-based universities. The gallery will serve as a platform for artists to present their artistic endeavors outside the academic curriculum and introduce their practice to the wider public. 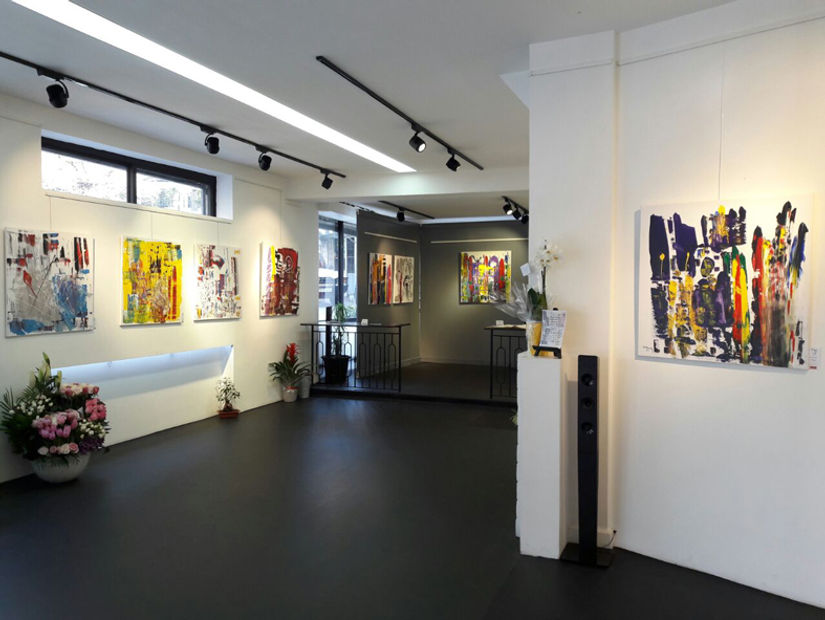 Exode Gallery was initiated in 2011, and since then has been catered towards helping artists gain exposure through the staging of exhibitions. They are also a company works from the ground up, guiding artists through marketing tools, enriching their CVs, and ensuring that their practice receives maximum exposure. 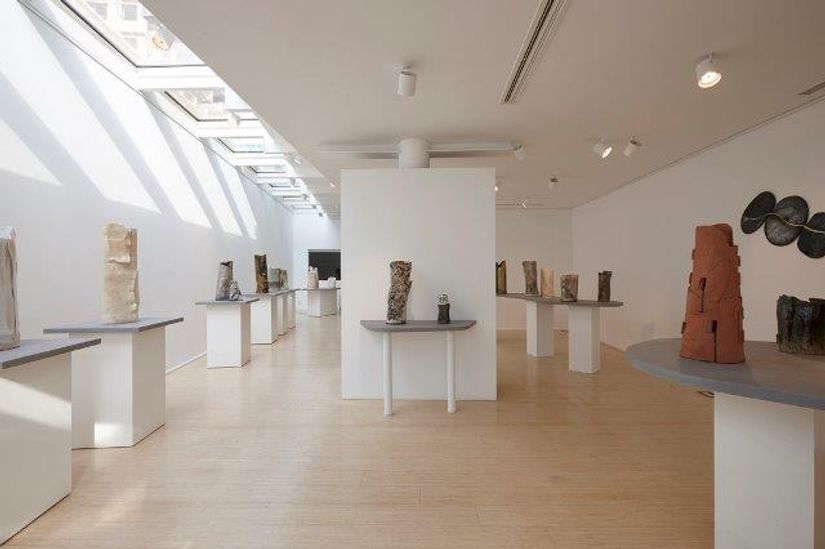 Previously Dar El Fan, Galerie Janine Rubeiz have existed in Beirut’s cultural and artistic scene since 1967. This gallery was directed and founded by Janine Rubeiz, and now by her daughter Nadine Begdache. Although their original space was destroyed by the war in 1976, Dar El Fan persevered through exhibitions, film screenings, lectures, and public events throughout the 1990s in Janine’s private residence, continuing to enlighten Beirut on their artists at home and abroad. In 2010, the gallery moved to its current ground floor location in Raouche. 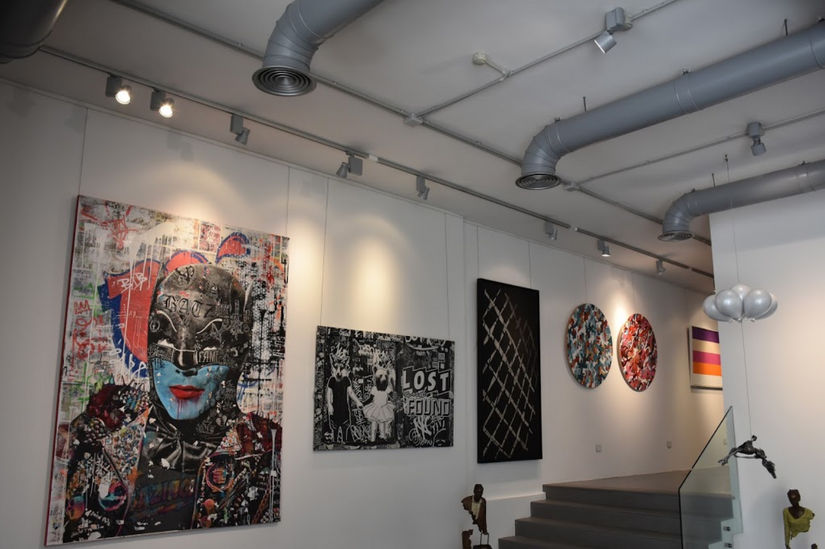 Galerie Les Plumes showcases works by contemporary artists from around the world. A space for art lovers and collectors, they also have a roster that includes more than thirty artists. They are located in the heart of Ashrafieh and don a “white cube” gallery style. 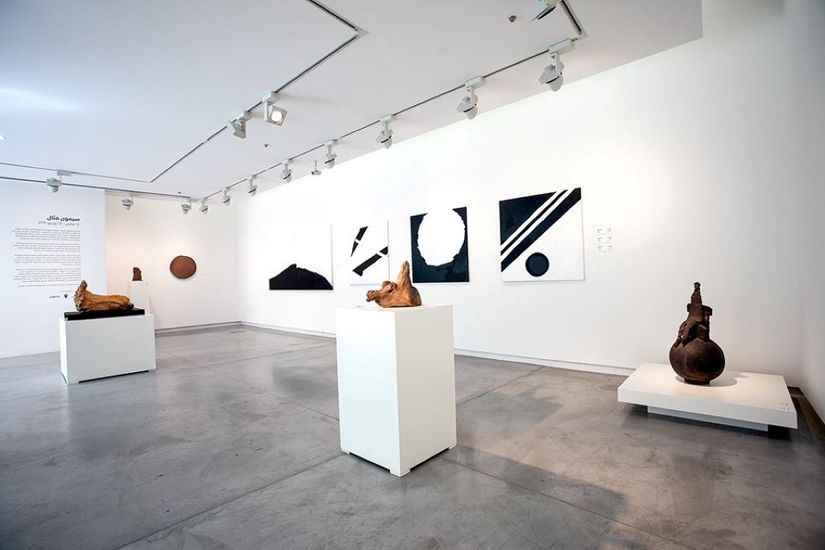 With spaces not just in Beirut but also in Munich, Galerie Tanit has held shows of notable artists such as Robert Rauschenberg, Donald Judd, and Dan Flavin over its last forty years. Their Beirut space opened in 2007 in the vibrant Mar Mikhael district, and they continue to support young Lebanese artists alongside their dynamic international program. 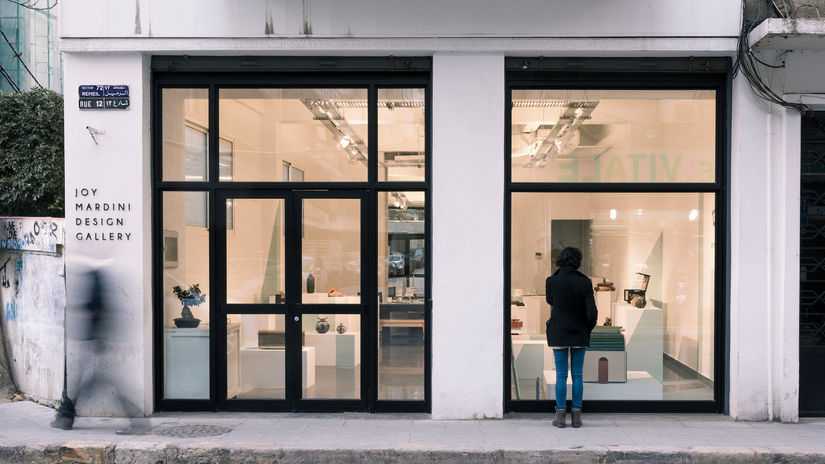 Joy Mardini Design Gallery was initiated in 2011 and has since been promoting collectible, customizable and modular designs. Their new space in Gemmayze showcases their lineup of contemporary designers from both their permanent selection as well as new additions of emerging and established names in the Lebanese design scene. 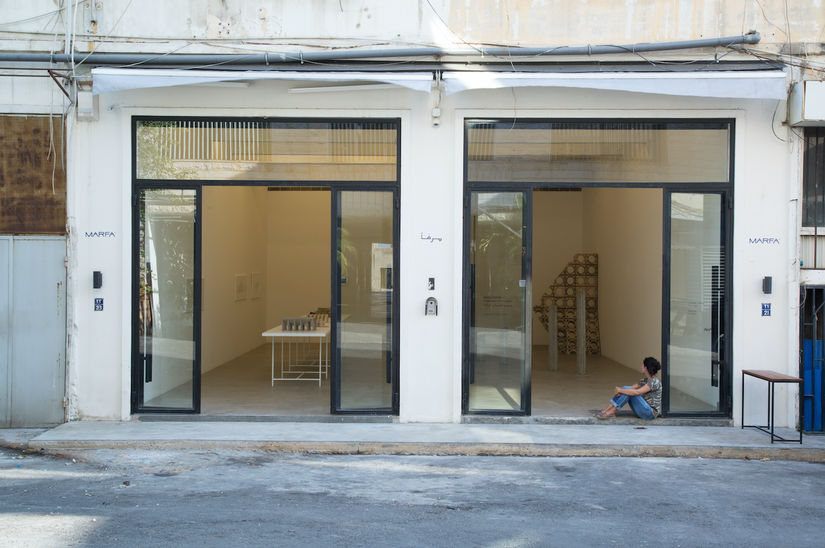 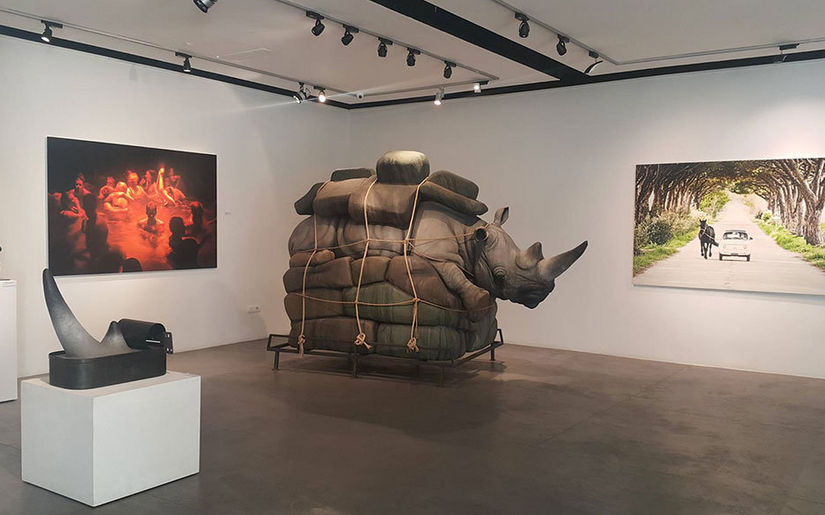 Mark Hachem opened his first contemporary art gallery in 1996, and his Beirut space 14 years later. This gallery engages with the Middle Eastern art market and continues to showcase works by pioneer artists who are at the top of their field. They have staged over 200 exhibitions, and continue to take part in art fairs internationally. 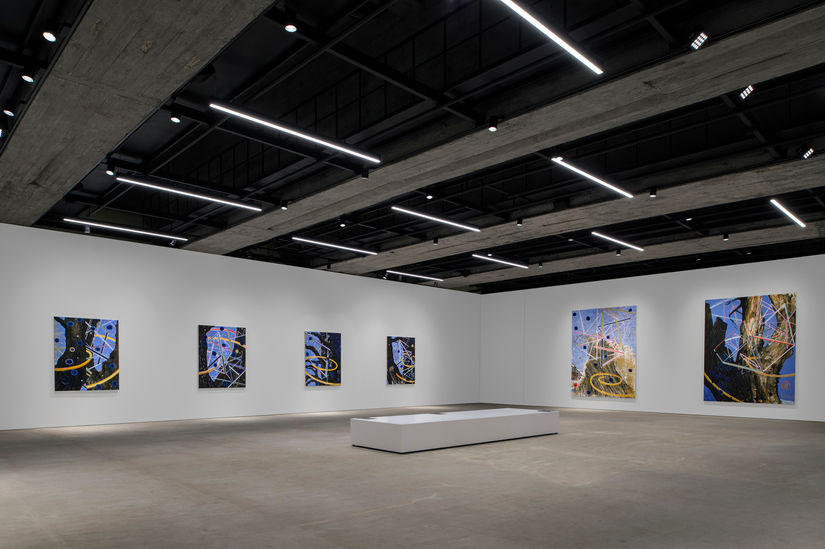 Saleh Barakat Gallery was opened in 2016 to commemorate Agial’s 25th anniversary after three years of architectural remodeling and design work. It is located in one of Beirut’s most emblematic cultural centers, formerly the Cinema Clemenceau in the 1960s, and later Masrah al-Madina, which was the leading site for contemporary art exhibitions and performances in the 1990s. The gallery is a white cube of monumental scale, and has been launched to meet the demands and challenges of the local artistic scene. Saleh Barakat Gallery houses a permanent collection from which it curates historical survey exhibitions. 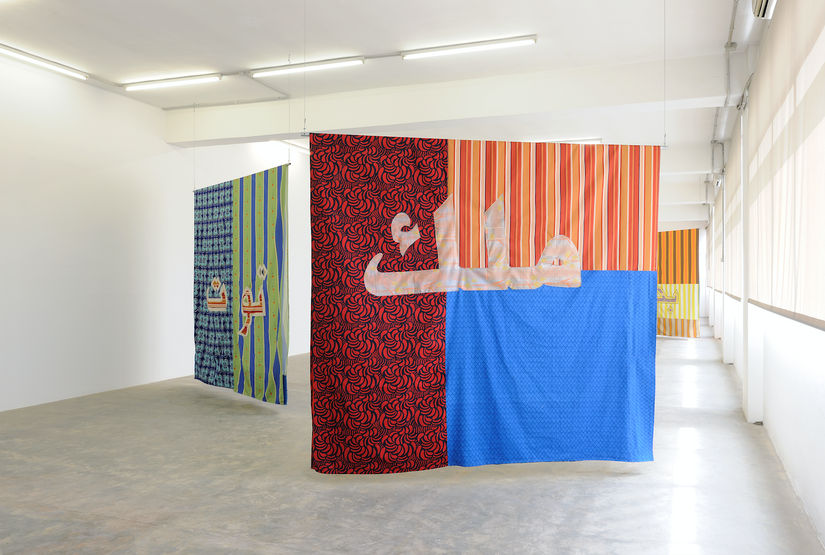 Sfeir-Semler Gallery holds strongly a focus on international conceptual and minimal art. Their Beirut space opened in 2005 and has since become a major cultural exchange platform for the Middle East. Exemplary curatorial projects have been showcased at this space, including Catherine David's "In the Middle of the Middle”. 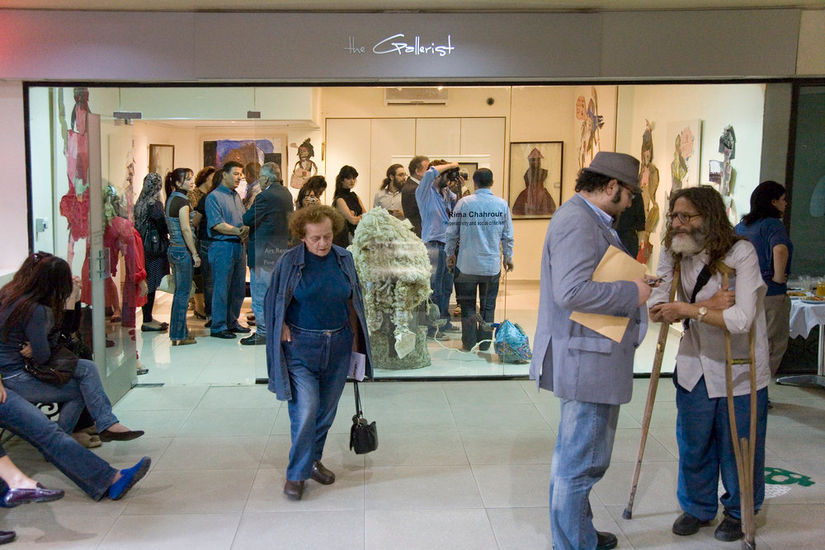 A hidden Lebanese gem of Middle Eastern Art, The Gallerist promotes and supports Midden Eastern artists both emerging and established. Initiated in 2008, they exhibit works across a wide range of mediums from painting to sculptures, all whilst capturing the spirit of Middle Eastern art. 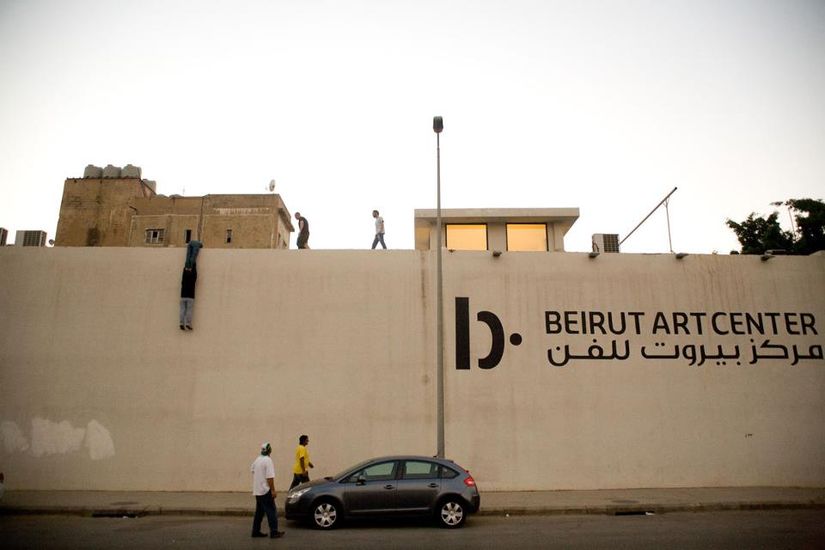 A non-profit association, Beirut Art Centre (BAC) is a space and platform dedicated to experimental art in Beirut. Since its opening in 2009, they have aided in the production, presentation, and contextualization of cultural practices. Along with exhibition spaces, BAC also has an auditorium, bookshop, and cafe. Their space is open all year round and does not require any entrance fees. 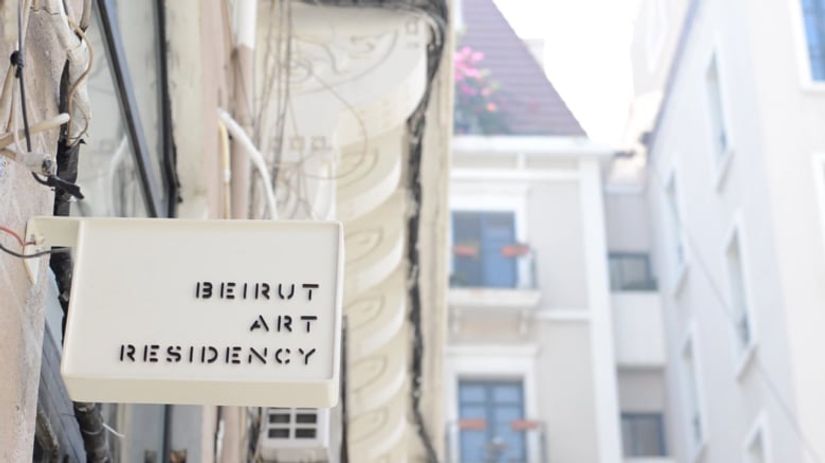 The Beirut Art Residency is a non-profit organization that was founded in 2015, geared towards creating opportunities for international and local artists through residencies, local exhibitions, and public interventions. Encouraging artists to venture beyond their usual practices, the outcome of their residency program results in cross-cultural exchanges from Beirut to beyond. Their project space serves as a platform to exhibit these works, and proceeds from these artworks help fund their residency program. 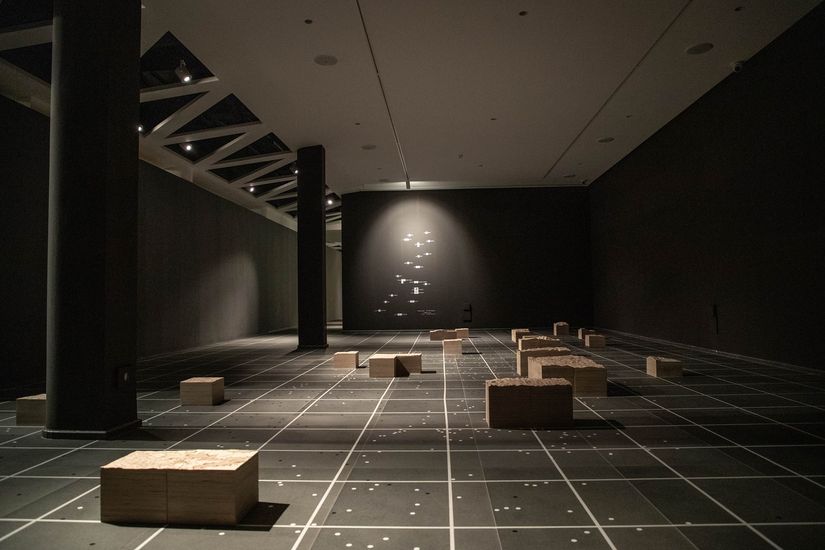 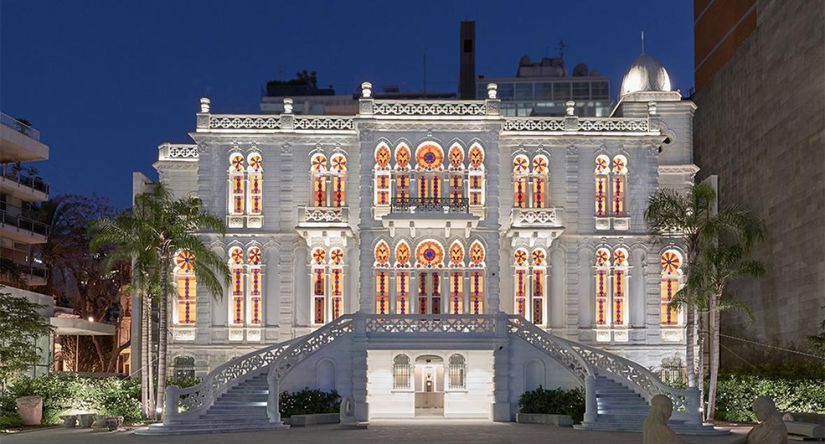 Located in the center of Beirut, the Sursock Museum collects, preserves and exhibits local and international artists. Also known as the Nicolas Ibrahim Sursock Museum, this space holds over ten exhibitions a year, from thematic group shows to solo shows by emerging artists. Its stunning architecture was build in 1912, integrating Venetian and Ottoman characteristics from Lebanon’s turn of the century. In 2008, the Museum underwent a five-year-long renovation and expansion project, adding four floors beneath their gardens that expanded their surface area fivefold. This also allowed for new exhibition spaces, a research library, and auditorium.

Download the pocket version of our Beirut City Art Guide.

Knowledge of Design Week Conference Returns to Hong Kong for its 14th Edition!...

Laure d'Hauteville, Founder of BEIRUT ART FAIR: "This region is the place to be"