This week, the Artling takes a closer look at Thailand’s capital city of Bangkok, a lively and colourful city that is home to more than ten million people. Known for its historic temples, markets, and nightlife, the bustling and culturally diverse city is a cornucopia of sights, sounds and experiences. Such fusion of history and heritage, paired with the city's contemporary pulse has established Bangkok as a major creative hub in Southeast Asia.

With strict regulations and curfews set in place since mid-March, Thailand has successfully managed to significantly reduce the spread of the coronavirus throughout the country. Although the nation has recently been easing from some of its COVID-19 control measures, businesses deemed as less essential such as art galleries and museums will continue to be temporarily closed until further notice to prevent a second wave of infections.

Thailand’s Ministry of Culture has promised to help local artists and nationwide arts and culture networks during this time, stating that they will ensure individuals within the arts community a 5,000 baht subsidy as part of their cash hand-out relief scheme.

Noppadol Maitreechit, No. 010 of The 19 Project

Image courtesy of the artist

Numerous artists, galleries and arts and cultural institutions affected have responded to the coronavirus in various ways, with many using their platforms to raise funds for COVID-19 relief schemes and charities. Bangkok has also seen a rise in virtual happenings, allowing people to stream and view art right from the comfort of their homes.

To combat further spread of the coronavirus, nineteen established Thai photographers have come together to form a fund-raising campaign titled The 19 Project. Each of the nineteen photographers have submitted a photograph which will be printed on 21cm-by-29.7cm Awagami paper. They will be available for purchase for 1199 baht throughout Thailand, with all proceeds going towards Chulalongkorn University and Chumphon Khet Udomsak Hospital to aid medical personnel and to fight COVID-19 throughout the nation.

Image courtesy of the artist

Many Cuts Art Space also raised funds to help those impacted by COVD-19. As part of the Progressive Movement’s ‘May Day May Day We Help Each Other’ charity concert, Many Cuts Art Space helped to raise 103,745 baht from the sale of multiple works of art donated by local Thai artists. In total, the Progressive Movement event raised 7,282,897 baht. Proceeds will go towards aiding those who have been gravely affected by the ongoing effects of the coronavirus.

Take a look at a selection of locally-based artists and artwork in Thailand that you can support.

Rattana Salee is an MFA graduate of Sculpture at Silpakorn University and is known for her abstract sculptures. Among other grants and awards, she was a recipient of the French Embassy’s scholarship to study at École Nationale Supérieure des Beaux-Arts (ENSBA), Paris, France, in 2011. She is currently represented by La Lanta Fine Art, Bangkok.

Rattana Salee’s metal sculptures of architectural structures reflect the private and communal complexities of urban living. Evidence of supposed progress, the Thai capital has become one vast construction site. Attempting a personal connection with the geographic, social, and psychological framework of the cityscape, Rattana’s sculpted frames evoke the decaying towers that still pierce the capital’s skyline, residues of economic fallout from the 1997 financial crisis. The devotion to the medium of sculpture, constant engaging in a dialogue with a vast city space and a focus to the socio-political commentary of a particular cultural surroundings render Rattana Salee’s work to be a paradigmatic representation of an urban art-oriented practice.

Sujin Wattanawongchai is a contemporary artist based in Bangkok, Thailand. His thought-provoking art works arrived from his reading, traveling and current events. Sujin created abstract paintings relying on feeling, emotions and imagination.

Wattanawongchai was born in 1970 in Thailand. In 1993 he received his Bachelor's from Chulalongkorn University, Thailand, and in 1998, his M.F.A. in Fine Art from Fort Hays State University. He lived in New York from 1999 to 2003, and then returned to Bangkok to open his own studio.

Pariwat Anantachina is a graphic designer and independent artist based in Bangkok, Thailand. His works capture the beauty and development of bustling cityscapes in Thailand which he presents in a dynamic collage-like format. He graduated with a Bachelor of Arts in the field of Communication Design at Bangkok University, and has had exhibitions worldwide including: Art’PsodieGallery, France; ArtWithAmbition, the Netherlands; L'USINE, Vietnam; InbeArtSpace, Japan, Alliance Française de Bangkok and ArtGorillas ArtGallery, Thailand. 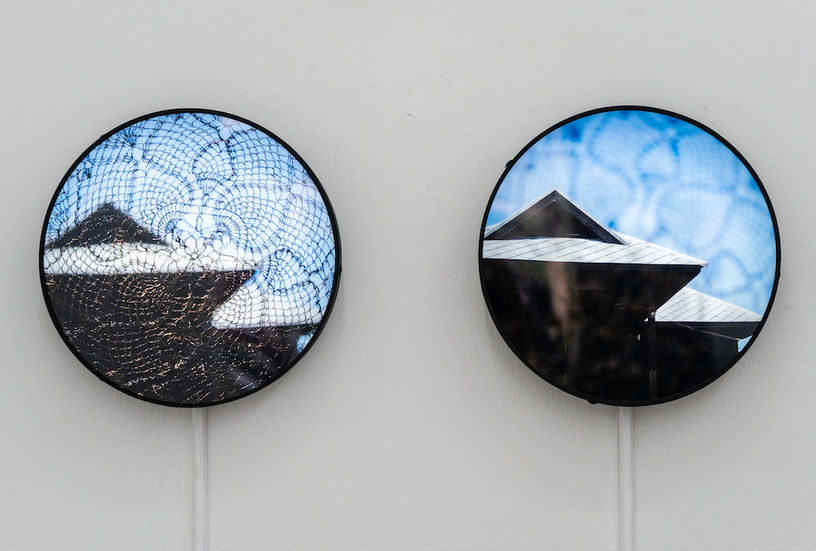 Imhathai Suwatthanasilp lives and works in Lamphun and Bangkok, Thailand. She received her Bachelor’s and Master’s degree in Thai Arts from Silpakorn University, Bangkok. In 2006, she won a scholarship to study at the Exchange Program at Ecole Nationale Superieure des Beaux Arts, Paris, France. She also received a scholarship from the Government of Italy to study the Marble Carving Program at Florence, Italy in 2009 and obtained a Certificate in Marble Carving from Accademia di Belle Arti di Firenze, Italy. Imhathai is represented by 1PROJECTS in Bangkok, Thailand.

Jirasak Plabootong gained his Bachelor of Fine Arts in Graphic Arts at Silpakorn University, Thailand. Over the years, the artist has explored various different styles, painting anything from portraiture, abstract pieces, to landscape scenes. Jirasak uses an array of techniques and materials to execute his pieces, and has experimented with acrylics, pencils as well as gold leaf. His artistic practice has been largely inspired by his natural surroundings, specifically by time, motion, and the growth and degradation of nature.

Top Things To Do For Quarantined Art Collectors...

How To Start Collecting Photography: An Art Collector's Guide...