This week, The Artling explores Manila, a vibrant and bustling city with an energetic art scene. Having produced some of the most renowned contemporary masters of our time, the Philippine capital has played an integral role in the development of the Southeast Asian art market.

Currently grappling with the coronavirus (COVID-19), Philippines' largest island, Luzon, has been under enhanced community quarantine (ECQ) since 16 March, 2020. ECQ, effectively places the entire Luzon area, where the capital city Manila is located, under total lockdown till 30 April 2020.

All facets of the country’s economy have suffered immensely – understandably so. It’s been a very difficult period for many in the Filipino arts and culture industry, with multiple individuals struggling to get by during these trying times. Due to the various cancellation of events, temporary closure of galleries, museums and other arts businesses, several creatives most of which work freelance, have been severely affected. 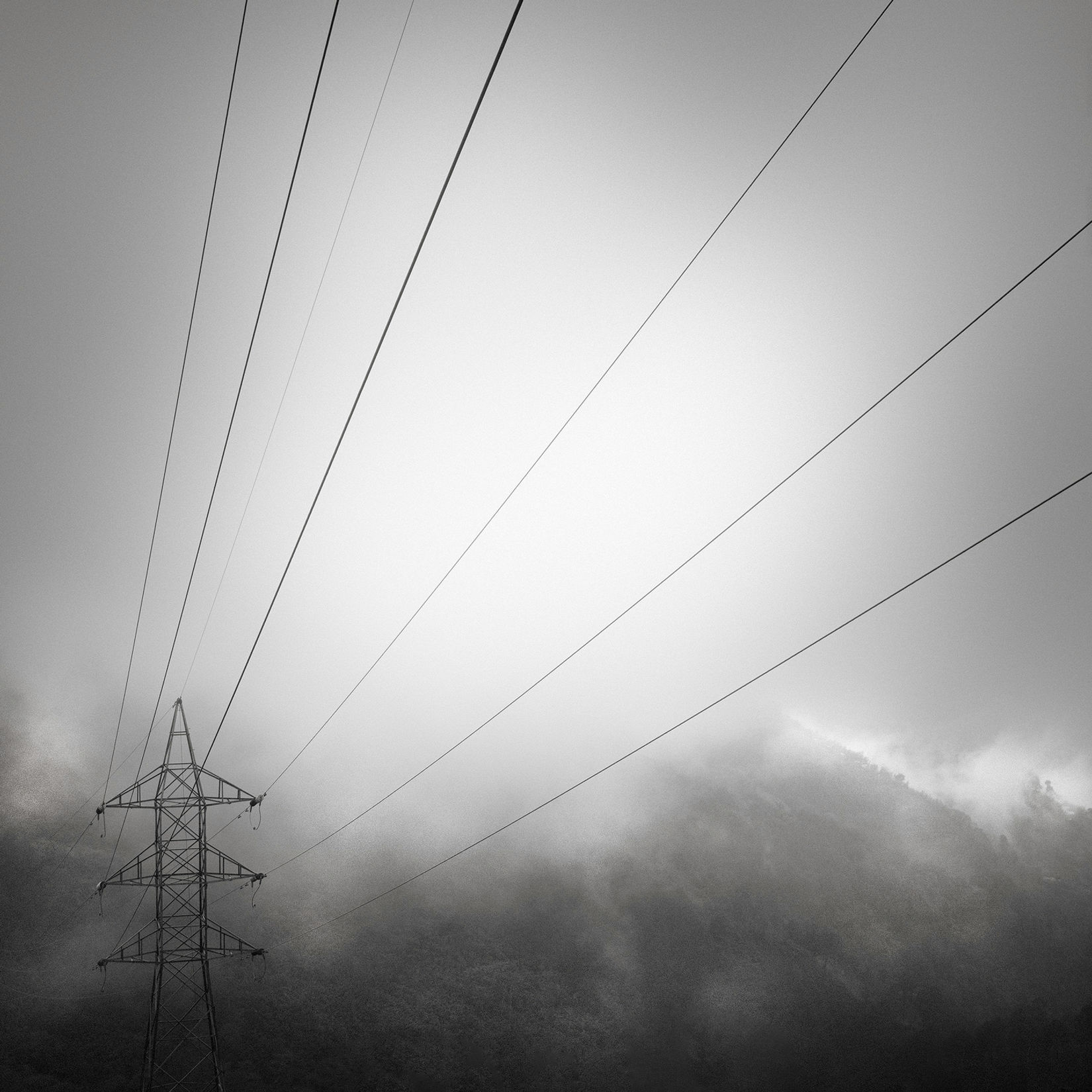 In an open letter to the National Commission for Culture and Arts (NCCA), Creative Aid Philippines formed a petition to “reallocate funds for freelancers in the arts and cultural sector” to seek help for creatives impacted by the COVID-19 pandemic.

On 18 April, the NCCA announced in a press release that it will set out to allocate ₱ 4 million (USD $ 78,718) cash assistance “to artists and cultural workers displaced during the period of enhanced community quarantine”. The NCCA also states that they are continuing to work on programmes to help and assist those affected within the sector.

A new initiative, ILOSTMYGIG.PH, also seeks to assist those in the arts, culture and creative industries from the devastating impact of the pandemic. Not only do they aim to record the total income lost by workers in the arts sector, but their platform also provides support to creatives by sharing different community-led and artist relief schemes. This includes Para Sa Sining #HomeNotAlone, which is a fundraising project to help performing artists, cultural workers, and production crews who are in need of immediate support during this time of crisis.

There are various virtual Filipino collections and exhibitions to tour during this lockdown period on Google Arts and Culture. With much to explore, take a look at The Filipino Street Art Project or KARAPATAN: ARTISTS STAND FOR HUMAN RIGHTS at Center for Art, New Ventures & Sustainable Development (CANVAS).

Filipino Artists are also doing their part to raise awareness and funds to support the fight against the COVID-19 pandemic, such as Manila-based illustrator and designer, Jill Arteche. To support frontliners and vulnerable families in the Philippines, Jill Arteche is raising funds by selling postcard sets of her own artwork. She states “All proceeds will go to purchasing medical items for our frontliners at San Lazardo Hospital and foodpacks for vulnerable families”. For more information, click here.

Additionally, prominent contemporary Filipino artist Elmer Borlongan’s watercolour and gouache work ‘Deep Listening’ was up for auction on Art Rocks - a “by-invite-only” and philanthropic Viber group that raises money for hospitals and patients. All proceeds raised were used to purchase PPE and N95 masks for frontliners of the COVID-19 crisis.

Take a look at a selection of locally-based artists and artwork in the Philippines that you can support. 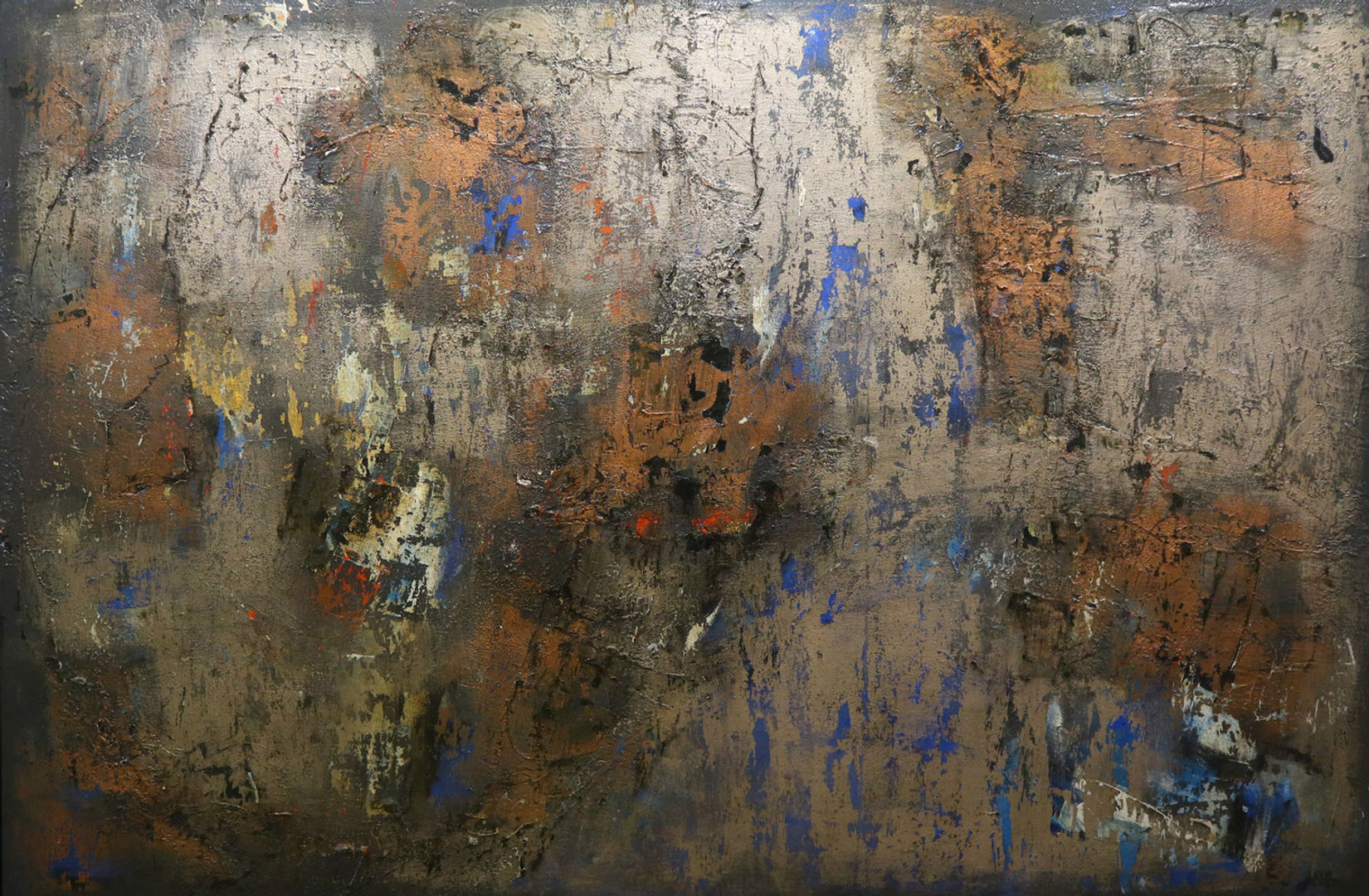 Sio Montera, A Marriage Between Expectation and Reality

Dennis “Sio” Montera, represented by Qube Gallery is a practicing visual artist and educator. His art, which he dubs as process-oriented abstraction, narrates the sights, sounds, interactions and experiences, which he interprets in acrylics, combined with non-traditional materials.

The abstract expressionist hails from Cebu and has spent more than a decade as a full-time Associate Professor for the Fine Arts Program of the University of the Philippines. Aside from being part of the academe, Montera also believes in the community art development being the past president of Pusod Cebu Visual Artists, Inc. a founding
member of the Creative Cebu Council Inc, and the current Vice-Head of the Committee on Visual Arts of the National Commission for the Culture and the Arts. 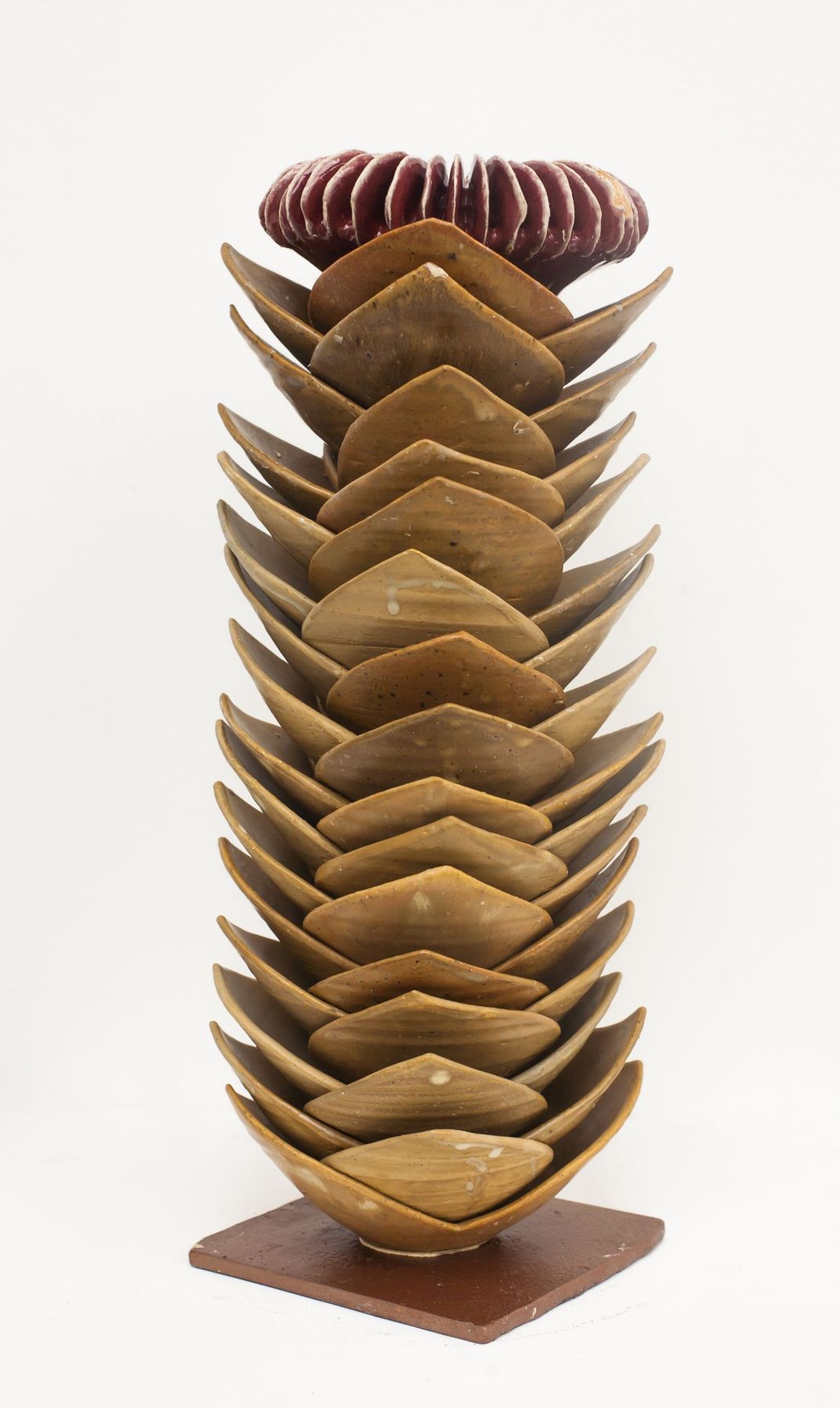 Tessy Pettyjohn, From The Desert 4

Tessy Pettyjohn, represented by SILVERLENS is a renowned pioneer of Philippine pottery, clay art, and sculpture. Starting her craft in the late 1970s, she has had many shows both here and abroad in her long career. Although she has retired from teaching, she now concentrates on doing her own work for exhibits at her Laguna workshop studio. She continues to explore the use of indigenous Philippine clays, pigments, and minerals for making high fire ceramics and glazes.

Tessy and her husband Jon are at the forefront of ceramic arts in the Philippines. They have developed over many years, masterpieces, which focus heavily on the use of uniquely Filipino materials. 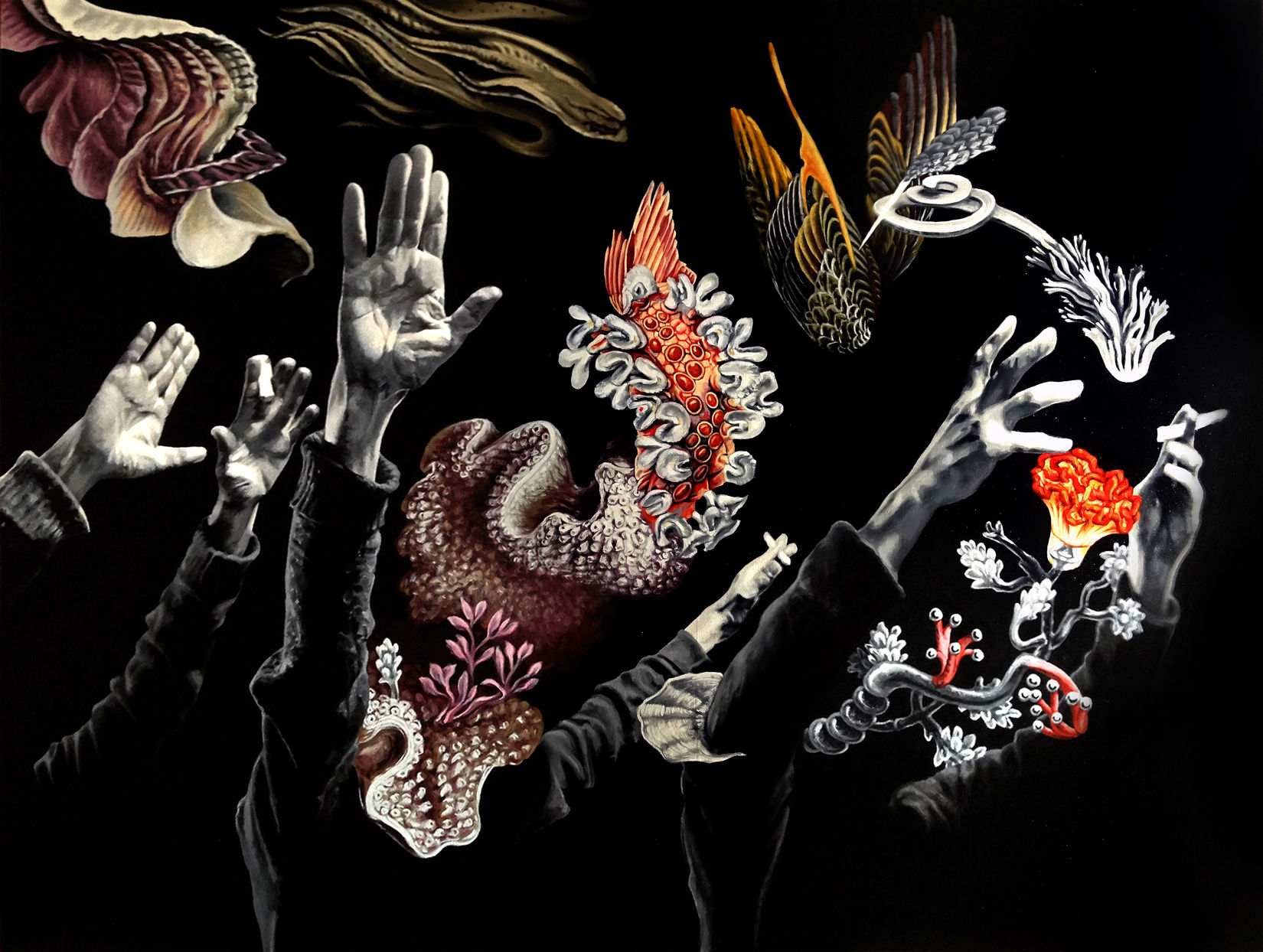 Nam Das is a Filipino artist who typically creates open-ended visual stories through an assemblage of figurative elements, Jungian archetypes and mythologems observed throughout history. Surrealist in nature, Nam Das' paintings are often limited in colour, where he tends to only uses four colours at most in his intricate works. 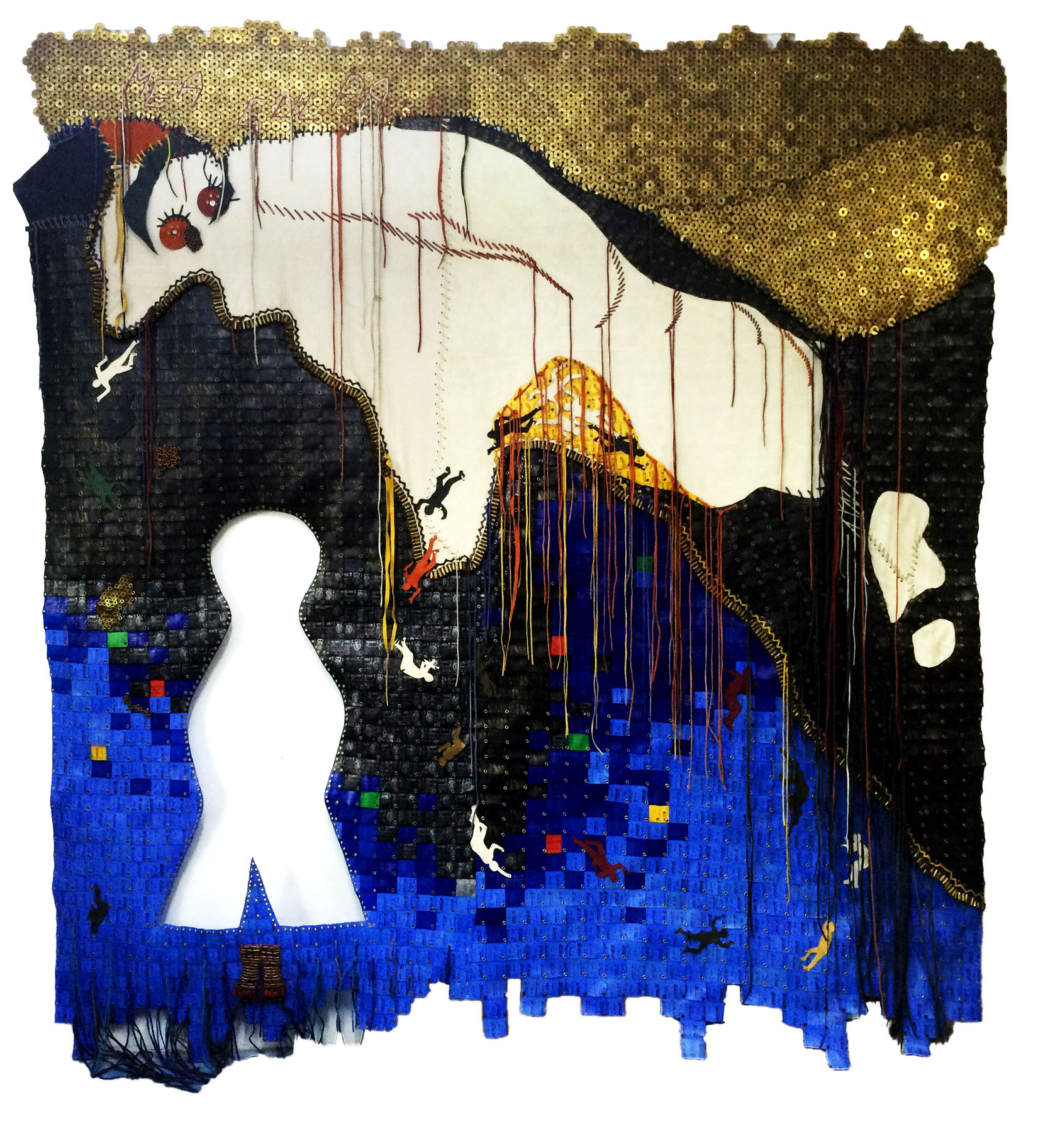 Josephine Turalba, based in Manila and Boston, is an interdisciplinary artist whose practice incorporates intersecting layers of different media: performance, sculpture, video, sound, photography. Her works explore issues of divide and convergence between the Global North and South, focusing on visceral approaches to the politics of violence and dynamics of infliction, trauma – depicting traces and spaces, where empathy translates into healing. 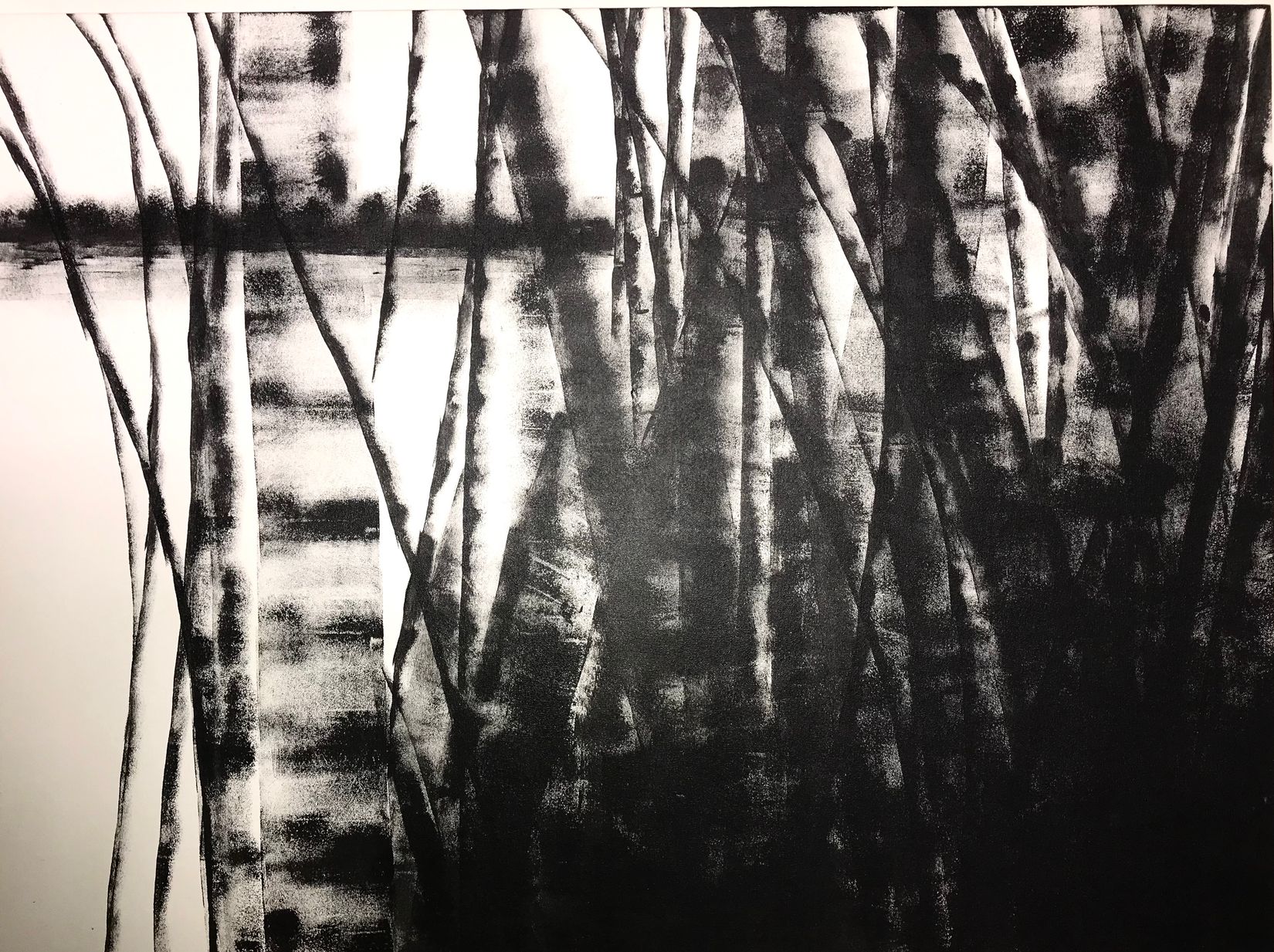 Tessa Mendoza is a contemporary artist whose creative process focuses on lines and color. Her carefully crafted images that range from the highly figurative to geometric patterns, to the totally abstract make use of a wide aesthetic vocabulary, —one that shifts from the loosely playful to the contemplative— she engages in richly varied visual expressions. 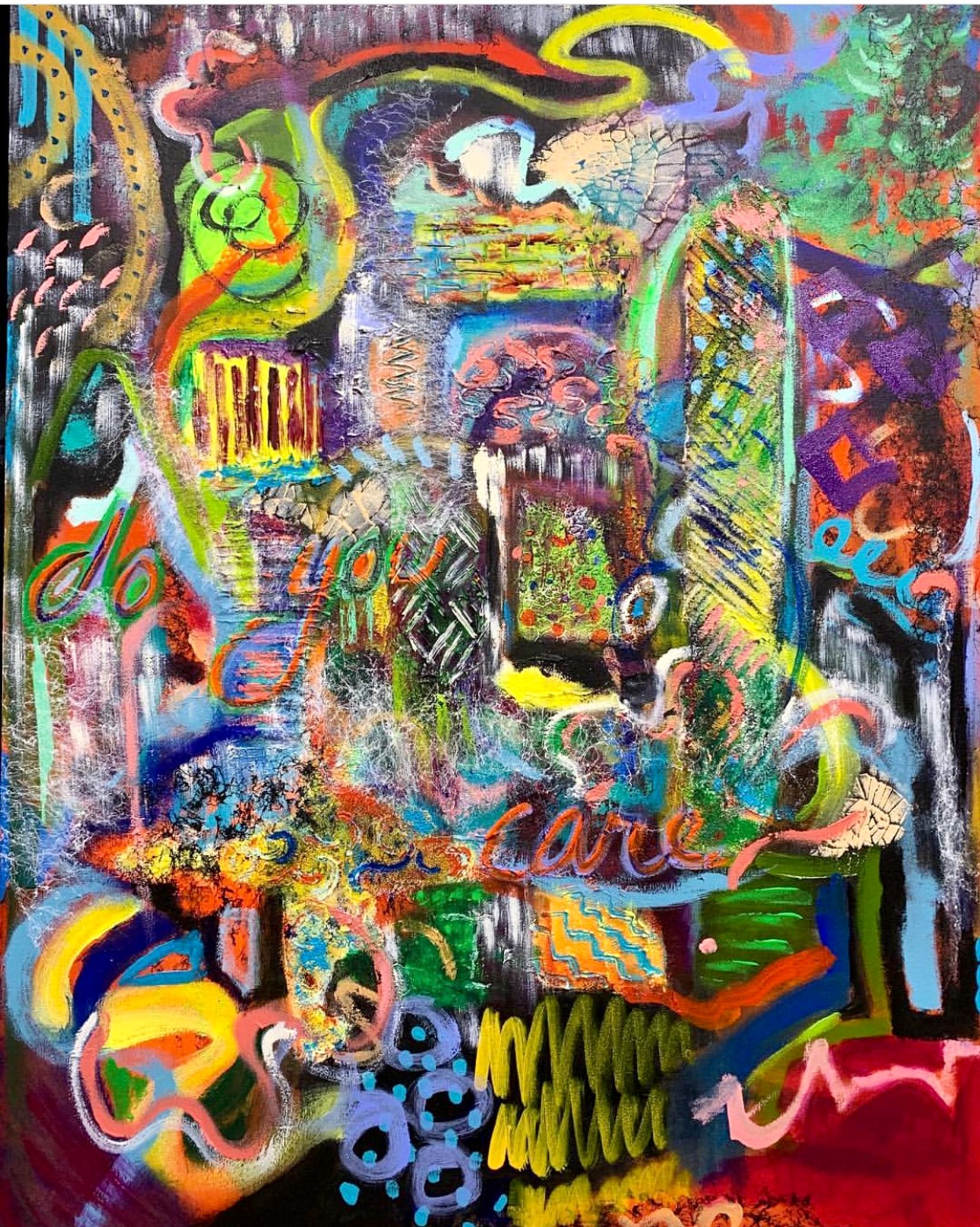 For Sal Ponce Enrile, art is an agent of transformation . For many years Ponce-Enrile occupied a prominent public post in her native Philippines, serving her people with dedication. Painting gives expression to her vulnerable, personal self. Yet Ponce Enrile also views her art as embodying the resiliency and vibrancy of her people.

Sal creates complex abstract compositions, using mixed media, and a variety of textures. Many of her paintings are blurred out or grayed over like memories of a forgotten era. Working primarily in acrylic and mixed media on canvas, her brushstrokes look more like scribbles on a chalkboard, lightly hovering against a dark background. In other pieces, she uses bold definitive marks that jump out at the viewer, creating moments of contrast and tension in the frame. She likens her work to controlled chaos where an overall cohesive effect unites an array of bright and energetic brushstrokes. This sense of unity permeates her work, bringing together a range of different styles and techniques under one roof.

Discover More Artists and Artworks From The Philippines

8 Ways You Can Support Your Local Arts Community