Dawn Ang's Growth, Struggles, and her Best Experience with Art

Dawn Ang's Growth, Struggles, and her Best Experience with Art

The narrative that traces Dawn Ang’s artistic journey might be all too familiar in Asian households. Her parents, supportive as they are (and have always been) with her career, reiterated how art should be classified under 'play', and how it “cannot earn money”. However, her urge to create, fuelled by the need to articulate an idea, never wavered. In a move driven by passion, grit, talent, and a heart that seems to be inspired by just about anything, Ang pursued art full-time and now creates ingenious works that have seen the insides of museums.

Speaking to Ang as part of The Artling Artzine’s ‘On The Rise’ segment that showcases emerging creatives, she talks about how she discovered a love for art from a young age. “I was completely enamored with the idea of creating”, Ang says, “a blank sheet of paper, wood, or a slab of clay could become something else altogether with a few choice lines and some shaping.” That, to Ang, was magic. 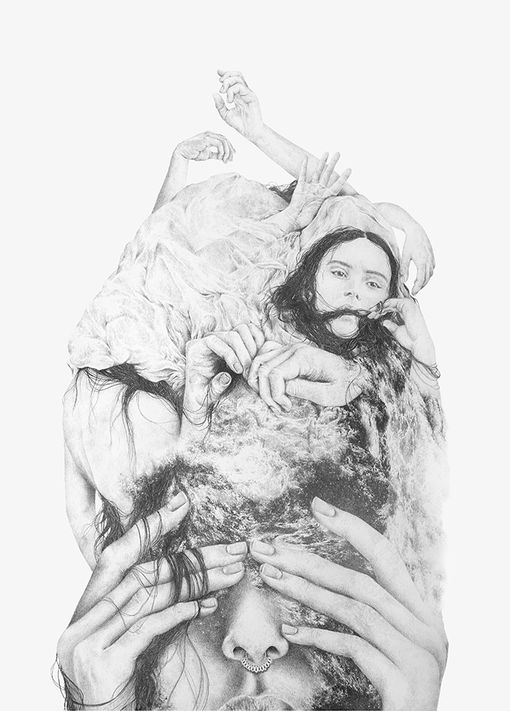 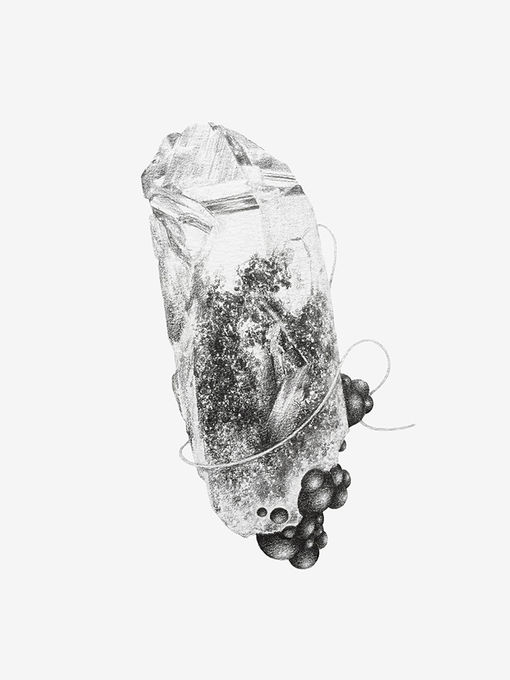 “I dreamed up countless monsters - I had a Dungeons and Dragons phase - serpents and succubi, I drew them all.”

Across her Primary and Secondary school years, Ang found herself drawing as much as she could. She created comics on math tests, music compositions, in notebooks, even in everyone else’s notebooks. Despite this sheer amount of natural drive, she never saw art as something she would pursue as a career. Her practice truly began when she switched schools to further her love for all things art, including languages and literature. This change of environment caused something in her mind to click, instigating a force that would later translate into a full-fledged career in fine art.

Armed with this newfound mentality and commitment, Ang’s creative juices geared up a notch. “I dreamed up countless monsters - I had a Dungeons and Dragons phase - serpents and succubi, I drew them all.” She also accredits her growth as an artist to an art teacher who lent her books on Hieronymus Bosch, Philip Castle and Marcel Duchamp that expanded her mind. Suddenly, the possibilities for Ang were endless.

The pursuit of Fine Art beat out Ang’s explorations of other forms of art. This included fields such as fashion and advertising. Reflecting on how she arrived at where she is now, she states three crucial points in her life: firstly, her organic discovery of “Crayon! Paper! Good!” as a toddler; a turning point where she felt as though she had failed to envision a future where she was happy doing what she loved; finally, stumbling on the possibilities of happiness and satisfaction - how they would be limitless if she put her heart into her research and craft.

Womb, 2016, Pencil on paper. Available on The Artling.

In a wild and truly well-deserved evolution of events, Ang has since created immersive installations for the distinguished ArtScience Museum, an institution that supports innovations through art, science, design, media, architecture, and technology. Her work ‘Cloudless Sleep’, designed to help people benefit from relaxation through meditation, showcased there in 2018. For her, meditation is the most crucial instrument used to harness the power of thought, to cultivate clarity and ultimately achieve inner peace.

“City dwellers wrestle with the stressors of stimulus overload, constant change, crowding, noise, and pollution. Every day brings multiple demands into the urban dweller's life that require processing and adjustment. Self-regulation of inner calm and clarity of thought have never been more necessary. The focus of the project was to bring the brain to a theta state, where the verbal and thinking mind transitions to the meditative and visual mind. The aim was to move the user into a deeper state of awareness, where intuition and capacity for complicated problem-solving increases.”

Setting up this virtual reality experience, she had users lie in womb-like chairs, utilizing physical surrender along with theta sound waves to aid with lowering defenses. Once the headset was put on, users were transported into a safe, calming, soft-grey environment with the sun on a low glow, islands with waterfalls gently floating in the sky, drifting papercut pieces, and the soft sounds of water lapping on a distant shore.

Ang describes ‘Cloudless Sleep’ as one she feels passionately about, even citing it as the best experience she’s had as an artist. The opening night of the exhibition saw museum-goers stay under for as long as 20 minutes, bringing Ang immense joy as space came alive all at once. At the helm of her user’s feedback, she realized her work had made a difference to people from all walks of life. They reported feeling refreshed, wonderful and most of all, clear-headed. Some even spoke about the possibility of purchasing the product to take home with them to use on the regular. Knowing that her artistic experiment had worked, Ang’s heart was warmed, and she was more in her element than she had ever been.

"Worrying about how you're going to have food and pay rent when you had just started out as a wee kid isn't ideal, and I had set myself up so that it never happens.”

These days, Ang is in the midst of creating new works with mediums she has never worked with before. She has also launched herself under Aeropalmics, describing this artistic alter ego as a creative best known for her “steadfast attention to detail within her pencil and paper-cut pieces that range from the pleasing to the macabre.” Through this practice, Ang continues to find inspiration in the everyday. She hones in on the nuances of the human condition, exploring its references to the natural world we live in, all while presenting them in intriguingly beautiful works that make us stop and reflect upon encounter.

Speaking about the most challenging part as an artist, Ang brings up balancing craft and money, and the obstacles that come with that. “I enjoy financial freedom - everyone does,” she says. “Worrying about how you're going to have food and pay rent when you had just started out as a wee kid isn't ideal, and I had set myself up so that it never happens.” With this setup, she was then able to take her time with slowly building the brand that now allows her the space to work with any medium and collaborate with whoever she wishes. 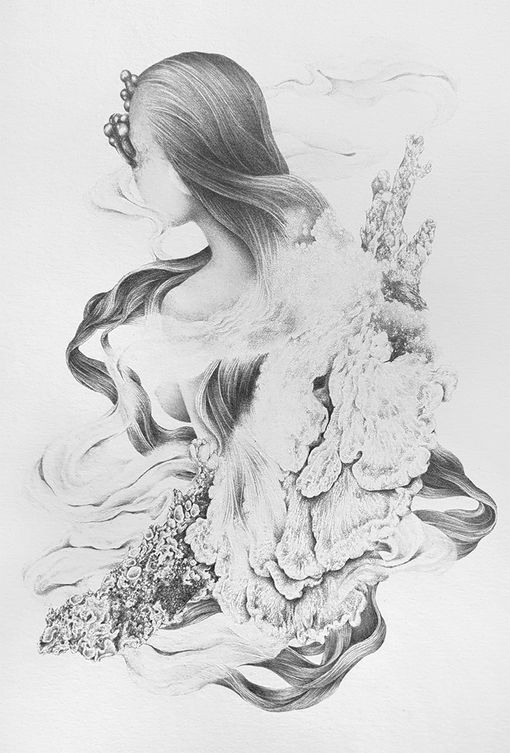 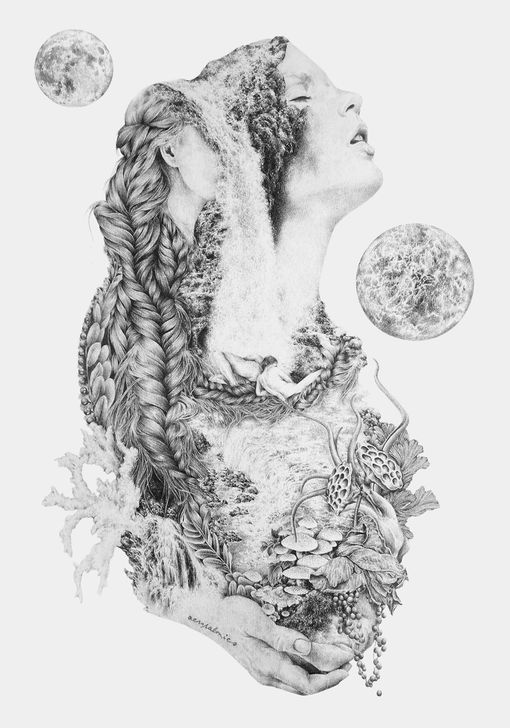 Just As Strange As You

Ang’s insatiable urge to create cannot be ignored. She continues to take on projects as a freelance illustrator, creative director, graphic and interior designer, muralist, photographer, and paper sculptor - you name it. You can probably find her making intricate works driven by pure passion, pondering ways to make people feel art in a whole new light, or building on existing works to create something greater.

We’re inspired by Dawn! Are you? Why not check out her stunning creations on the Artling?

The Singapore Pavilion at the 56th Venice Biennale