Surrealism is a movement that originated in the 1920s, where many artists sought to create a new reality to find meaning in the world around them, especially after the traumatic ravages of the First World War. The Surrealists brought together iconic figures such as Salvador Dali, Maximilien Ernst, and Man Ray.

Highly inspired by the theories of psychoanalysis, this art form explores the subconscious and unconscious mind, the interpretation of dreams, and hidden memories - all displayed in uncommon and absurd ways. Contemporary artists all over the world continue the legacy of Surrealism, creating works from all mediums that are unique in their own style. In this article, discover 10 emerging Surrealist Artists that are contributing to enrich the Surrealist movement today. 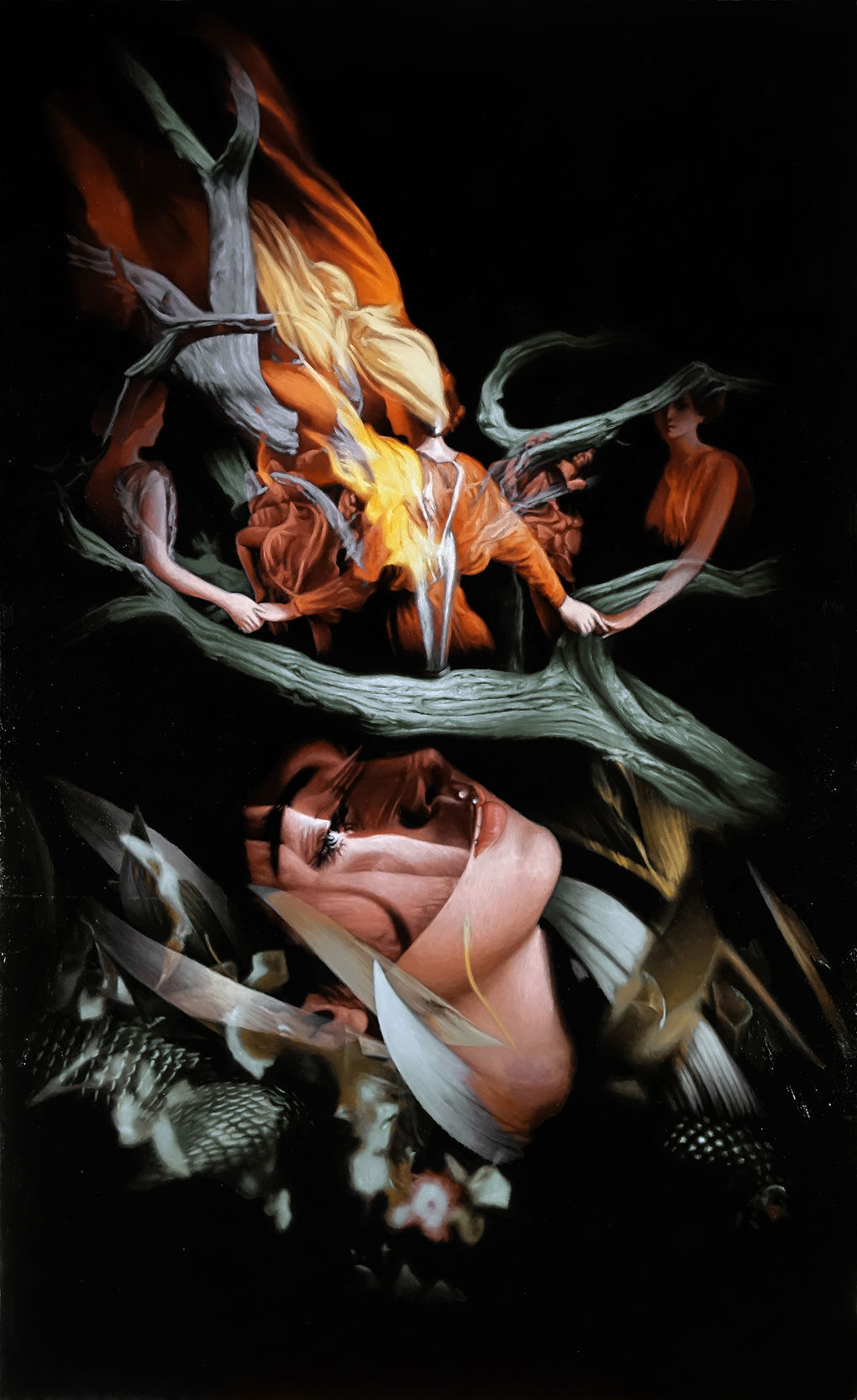 Embrace of the Serpent - Nam Das 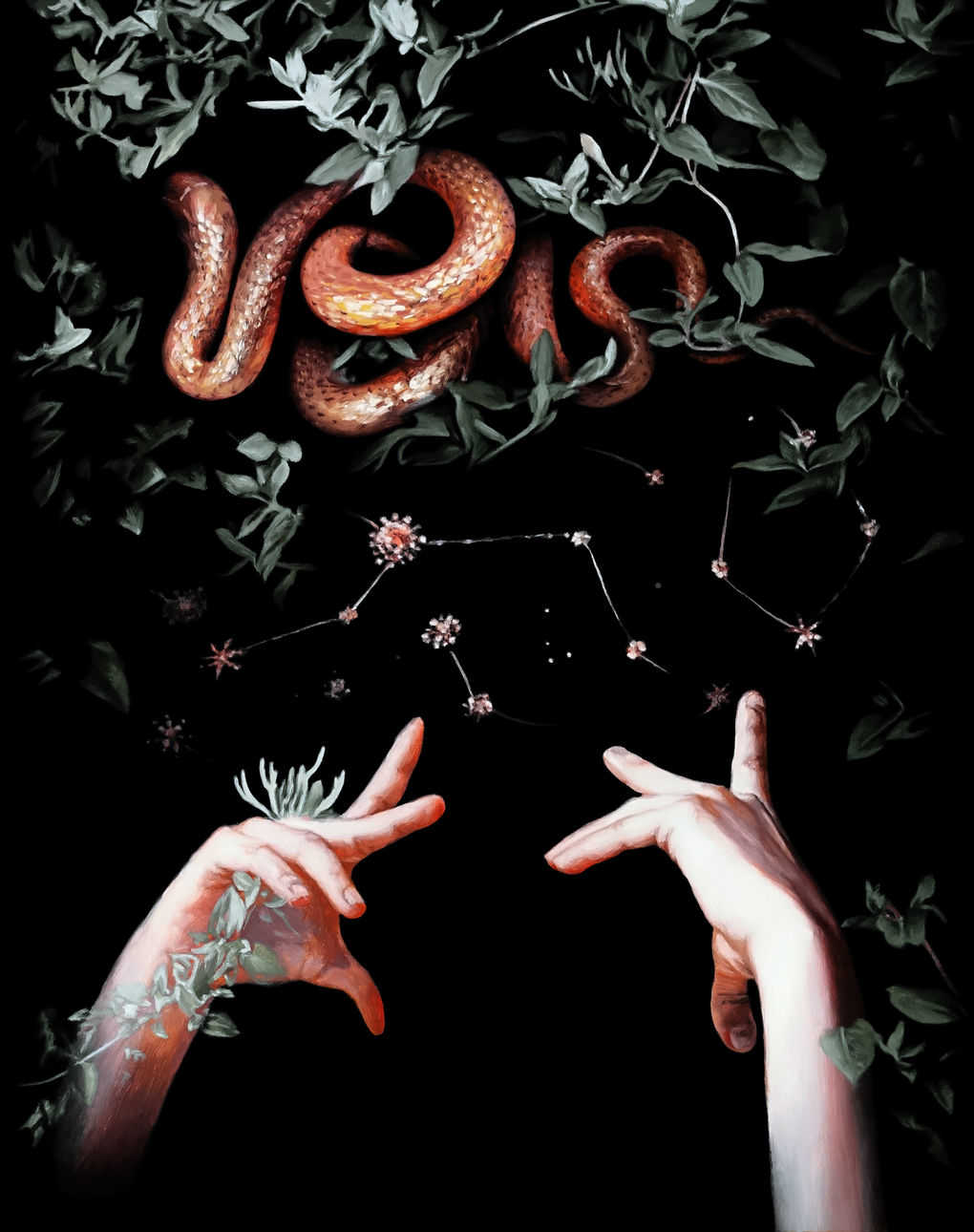 Nam ( born in 1989) is an emerging Filipino painter that is redefining the contemporary Surrealism movement. He is fascinated with open-ended themes that revolve around the collective unconscious and mythologems observed throughout history. His paintings are composed of figurative elements, creating a visual story. He uses a limited palette in his paintings, composed of white, red, black, and yellow. 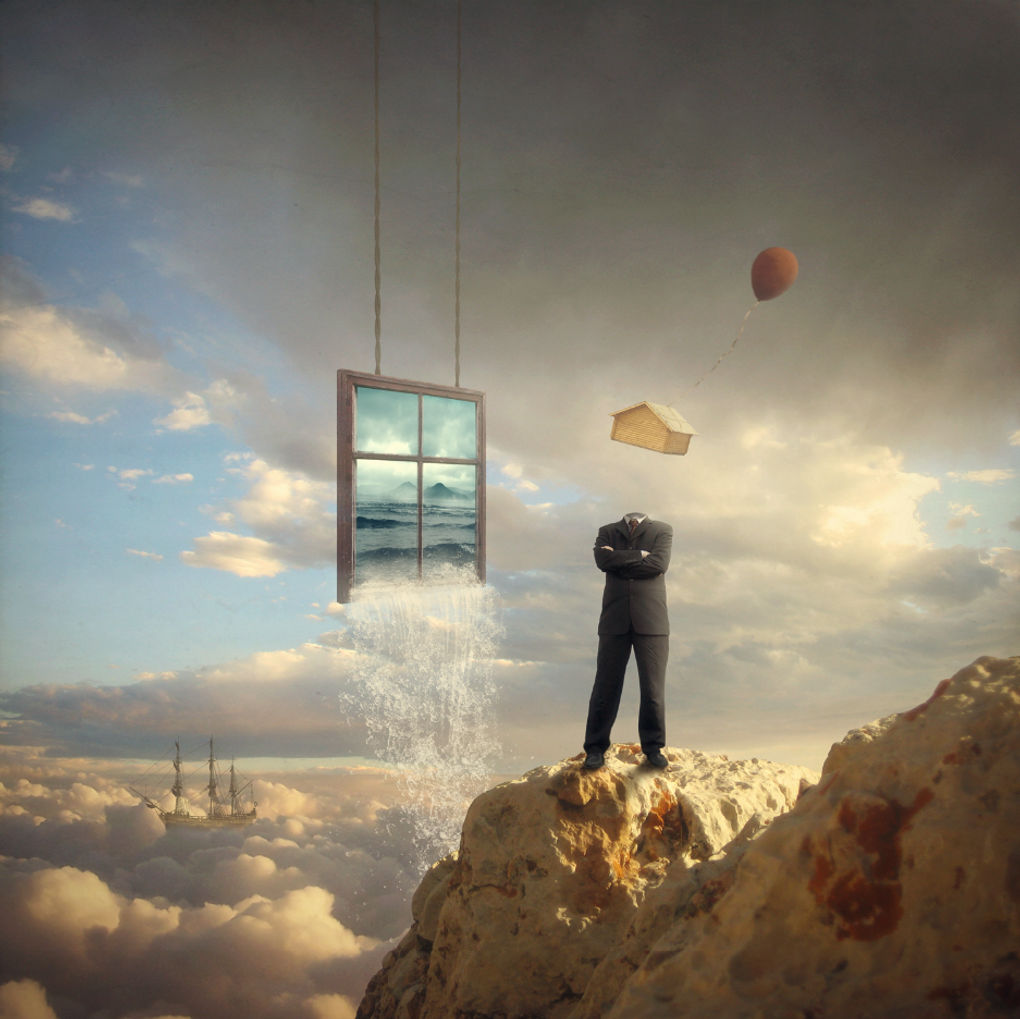 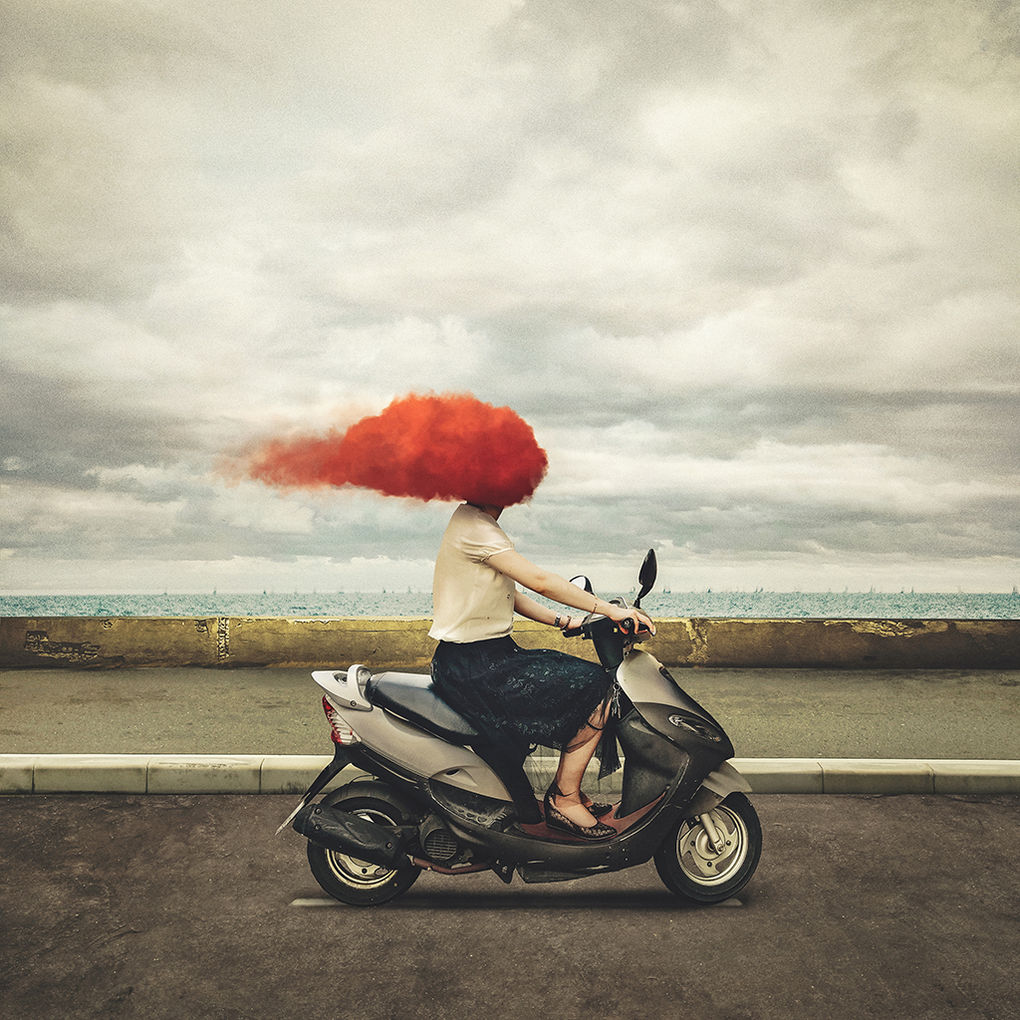 Born in Manila in 1986, Michael is a visual artist who focuses on photography, photo-manipulation, and installations. His work is inspired by the imagined memories of nostalgic and dream-like environments; his works document their decline into post-apocalyptic, nightmarish creations. He currently lives in Taichung, Taiwan where he recently has been doing a lot of public art installations. He also is an editor for an art magazine called Magazine 43. 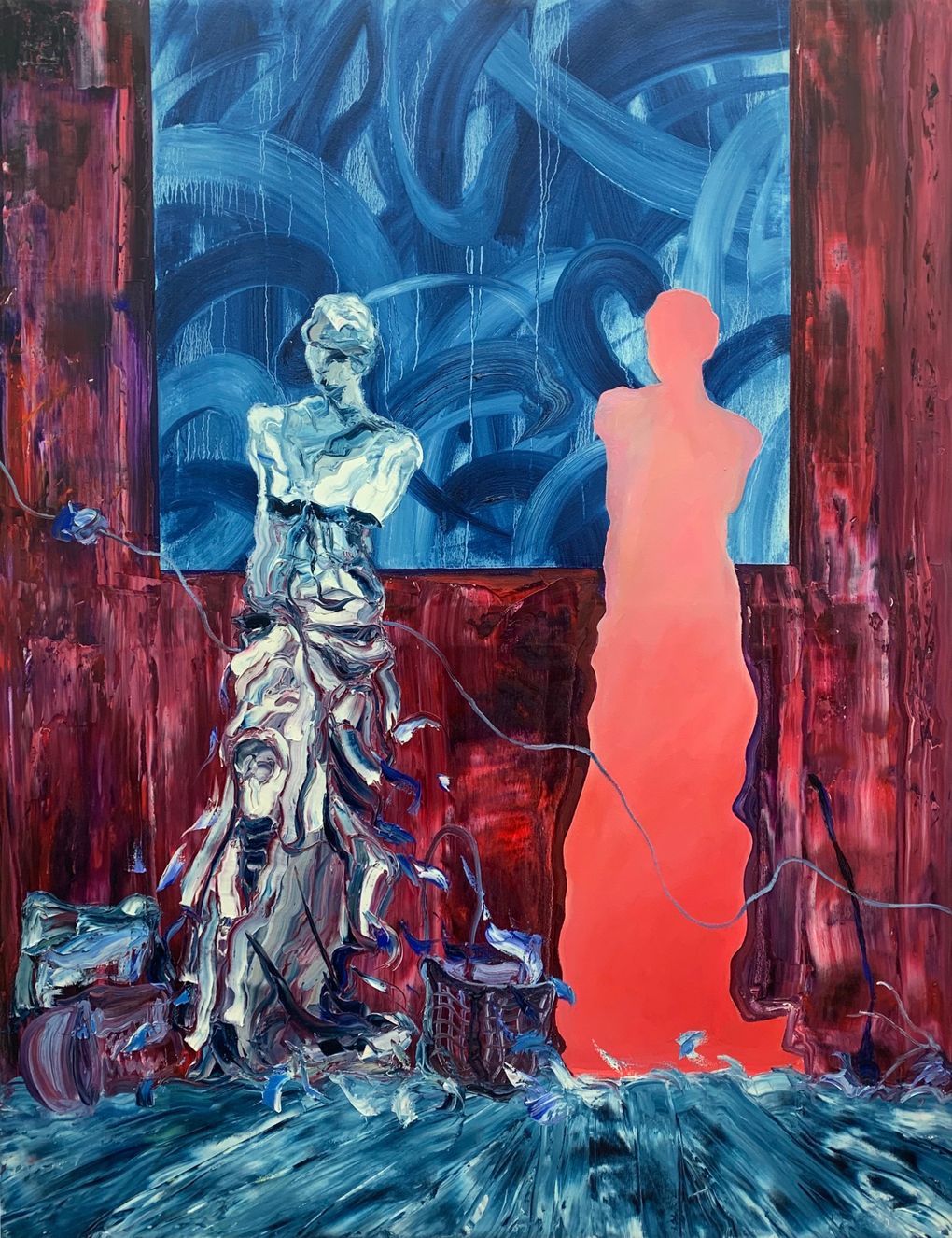 The classics are elapsing - Ming Ying 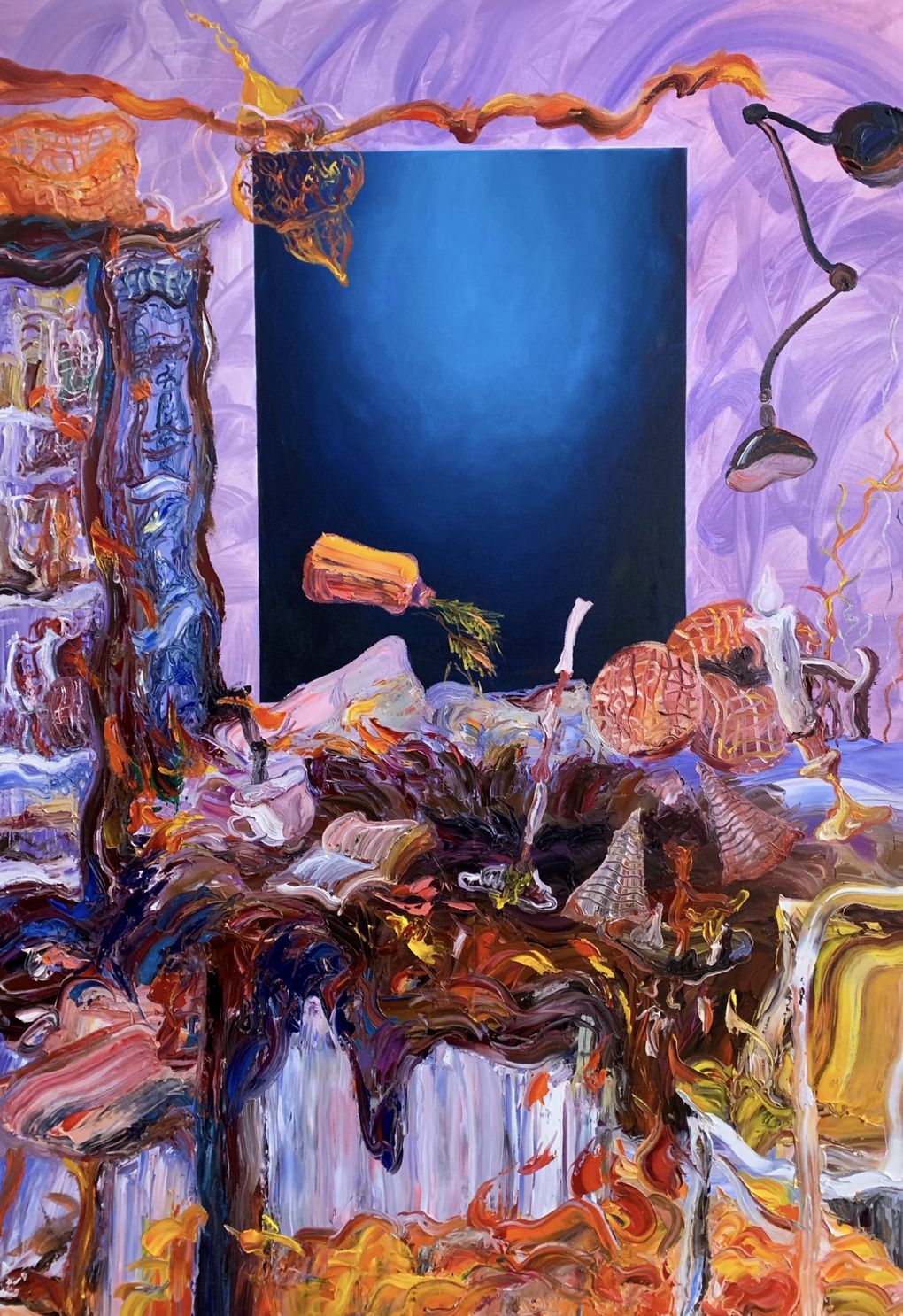 Ming is a painter in both China and the UK. She finished her BA course at the University of the Arts London and continued her MA course at the Royal College of Art. She mainly focuses on creating oil painting works. In her practice, she is exploring a personal painting language and devotes herself to bringing a new visual experience of painting to viewers. She has tried many different painting styles and intended to combine the eastern philosophical theories and western way of representation. Striking colors and exquisite composition, delicate sense of rhythm become the characteristics of her works. Her works show strong emotions, rich imagination, philosophical thought and personal experience. She is eager to express her thoughts and thinking of society, life and culture through her painting works. 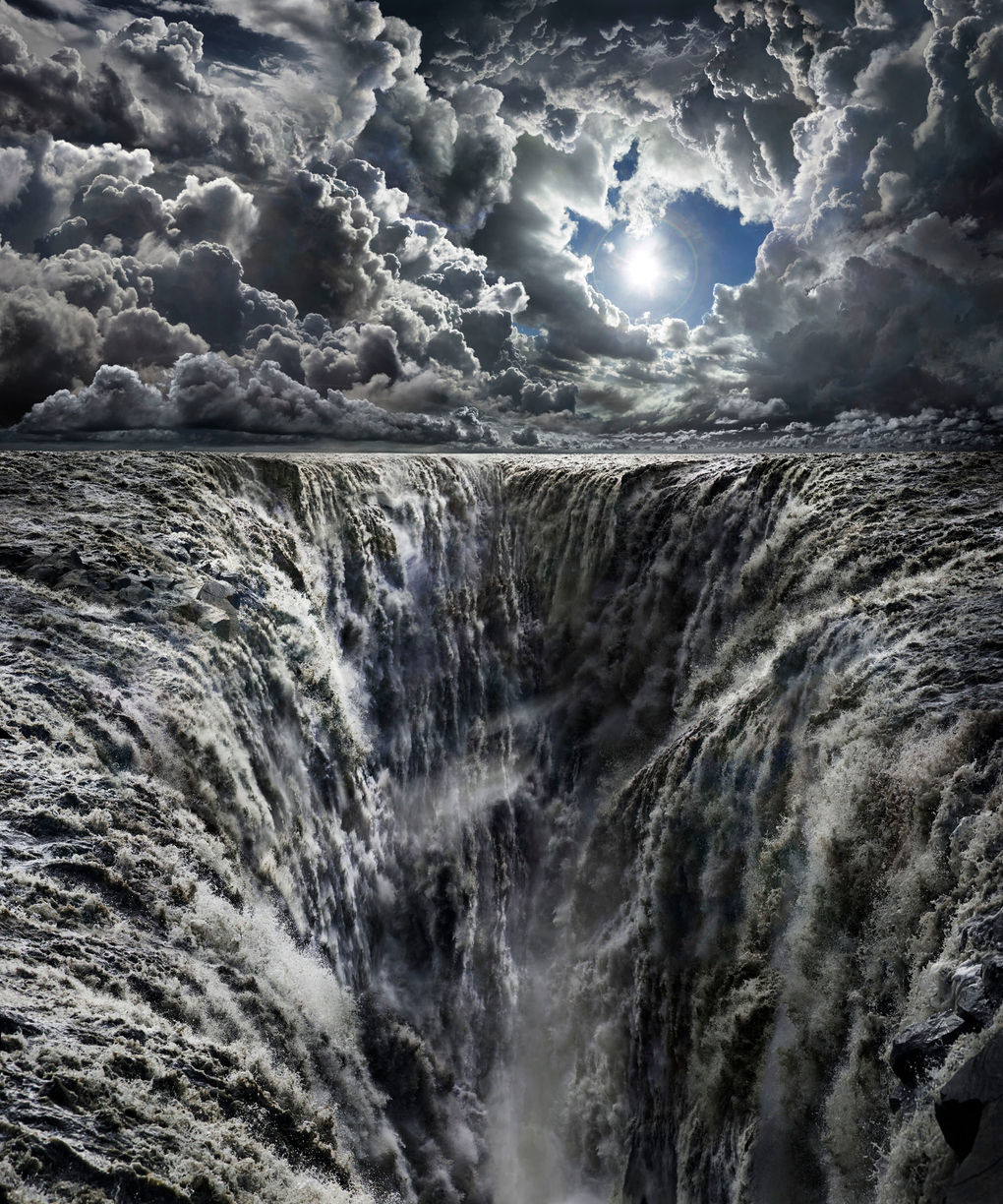 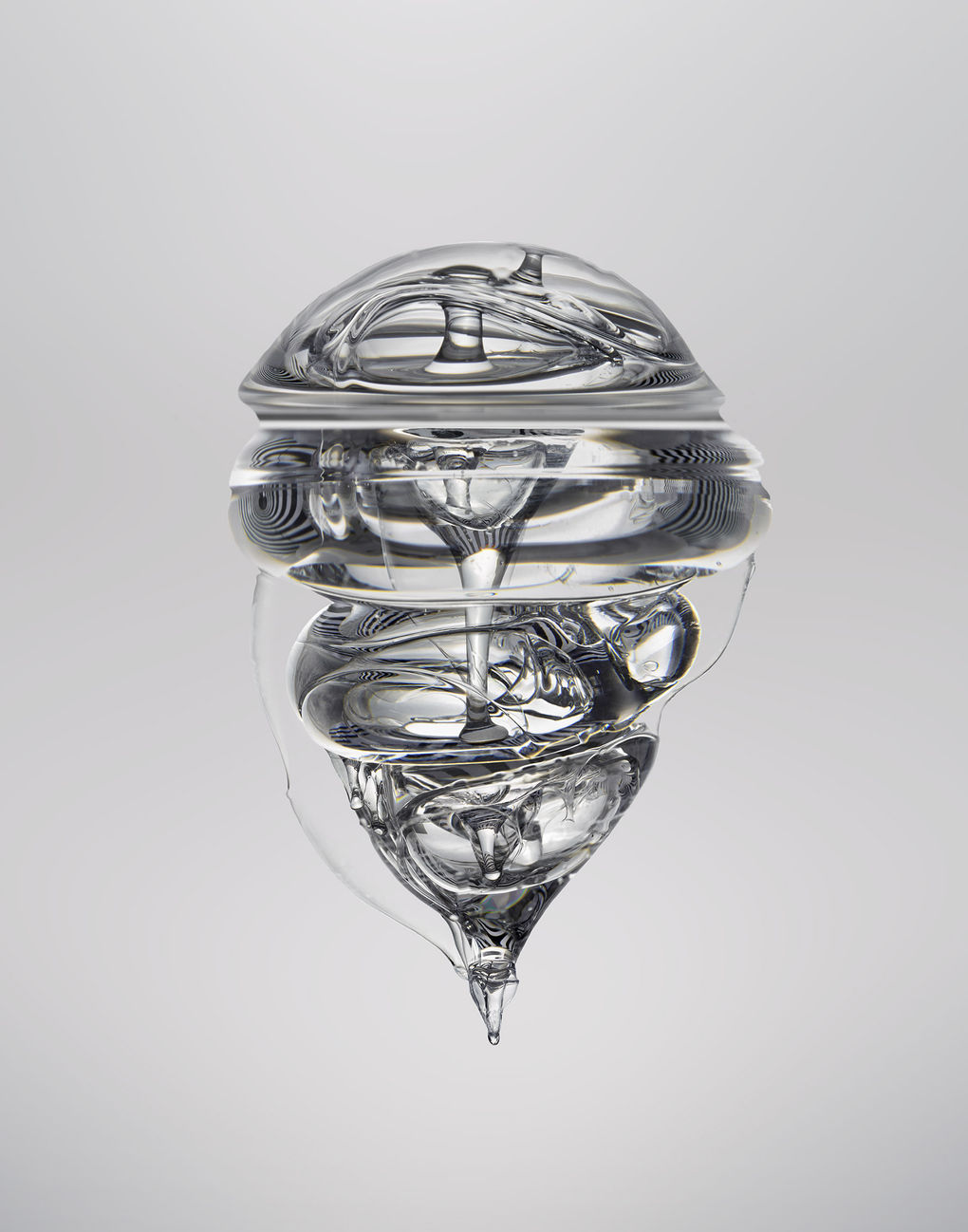 Both natural and sophisticated, Seb’s photography is constantly on the verge of emotion. He achieves this by the use of forms and codes which need to be relearned. This may seem like a feat but it is, above all, a strange dialogue. We experience, in different degrees, feelings of opening and constriction which are close to pure sensation. And if, as the photographer states, "matter is just an illusion," then his images, in counterpoint, are an illusion of matter; but matter from which the creative artist has nevertheless removed a small corner of the veil. The risk of stagnancy is counteracted by a break-away with no possible return, underscored by the artist’s approach and by the forced flight of photography from its chrysalis. The beholder finds himself caught in a sudden beam of light, like a shell which has been opened by the jubilant skill of the artist who tracks down the "figure" to the ultimate frontiers of the unseen. The photography flourishes in all its fullness through this return upstream. The flat surface commutes into such depth that it appears as an invention.

It was only after he had begun the series "Kingdom et Photon" that this approach, focusing on the Unseen, fully penetrated the mind of the artist. Below the chaosmic appearance is to be found a singular art drawn from the very roots of matter and chemistry. The finished work exceeds all archaeological treatises and molecular microphotography. It brings forth the true fullness of what is invisible. It attests to new demands never separated from forgotten fundamentals.

In the action of photographing and in the immediacy of the present moment, Seb Janiak sets off a presaging tremor whereby life seems to assume some kind of absolute quality.

Yuanyu got her Master's degree at the School of Art Institute of Chicago and her Bachelor's degree at Tsinghua University Academy of Fine art. At a very young age, She was trained in traditional landscape and still-life painting where art is created to be beautiful. This philosophy is ingrained in her practice and continues through her current work.

While Yuangyu is a surrealist artist, a combination of mimicking standard colors from Netherland paintings, Constructivism art, and classical compositional elements, such balance and proportions allow her work to be beautiful in a traditional sense. Meanwhile, the surrealism is evident in the detail of her work, whether it’s an installation, a drawing, or a sculpture. To further emphasize the beauty of traditional art in her surrealist pieces, she does not use modern technology and create through handcraft practices. Even the materials she uses to tend to be traditional like clay, wood, paper, and oil paint. 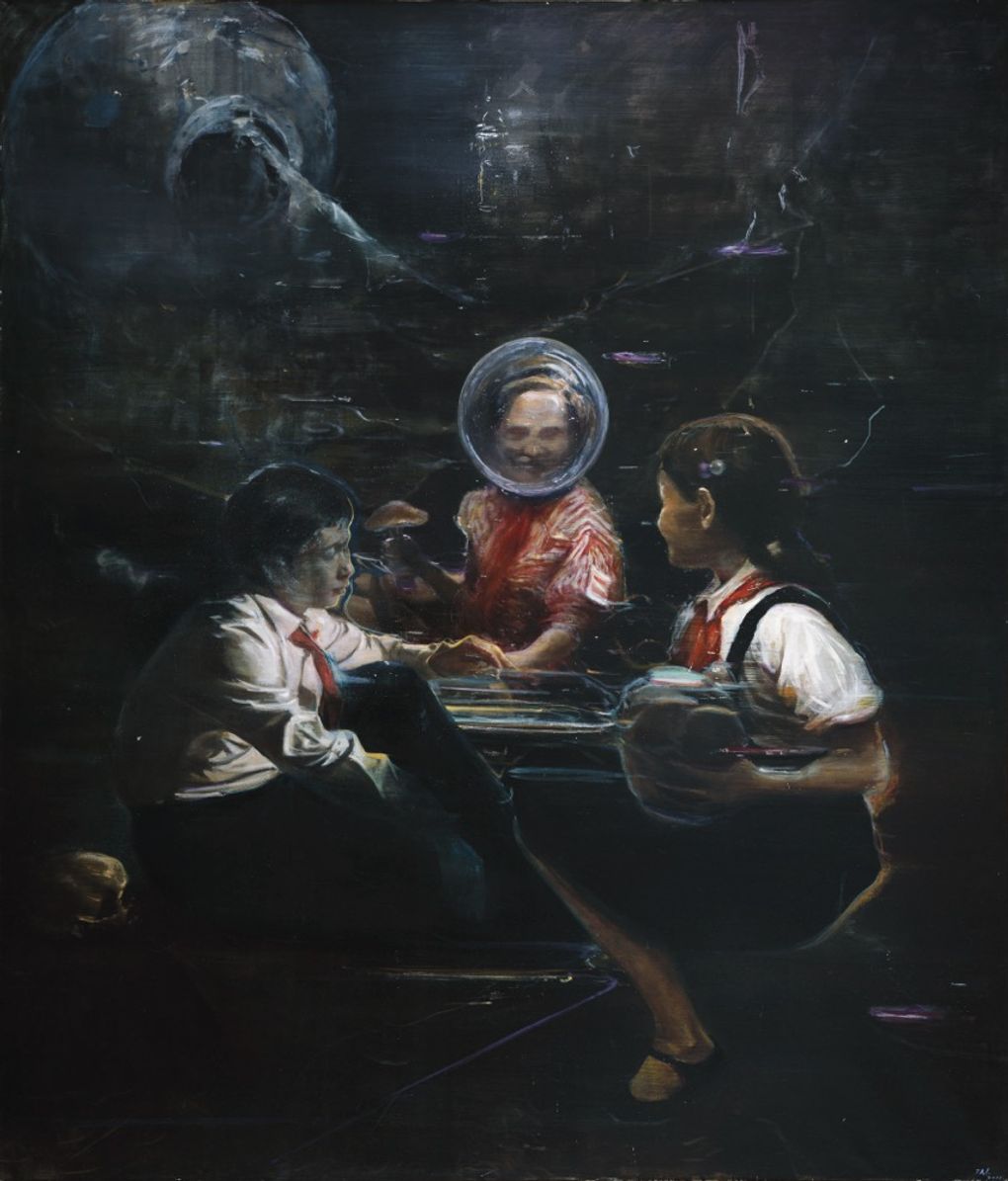 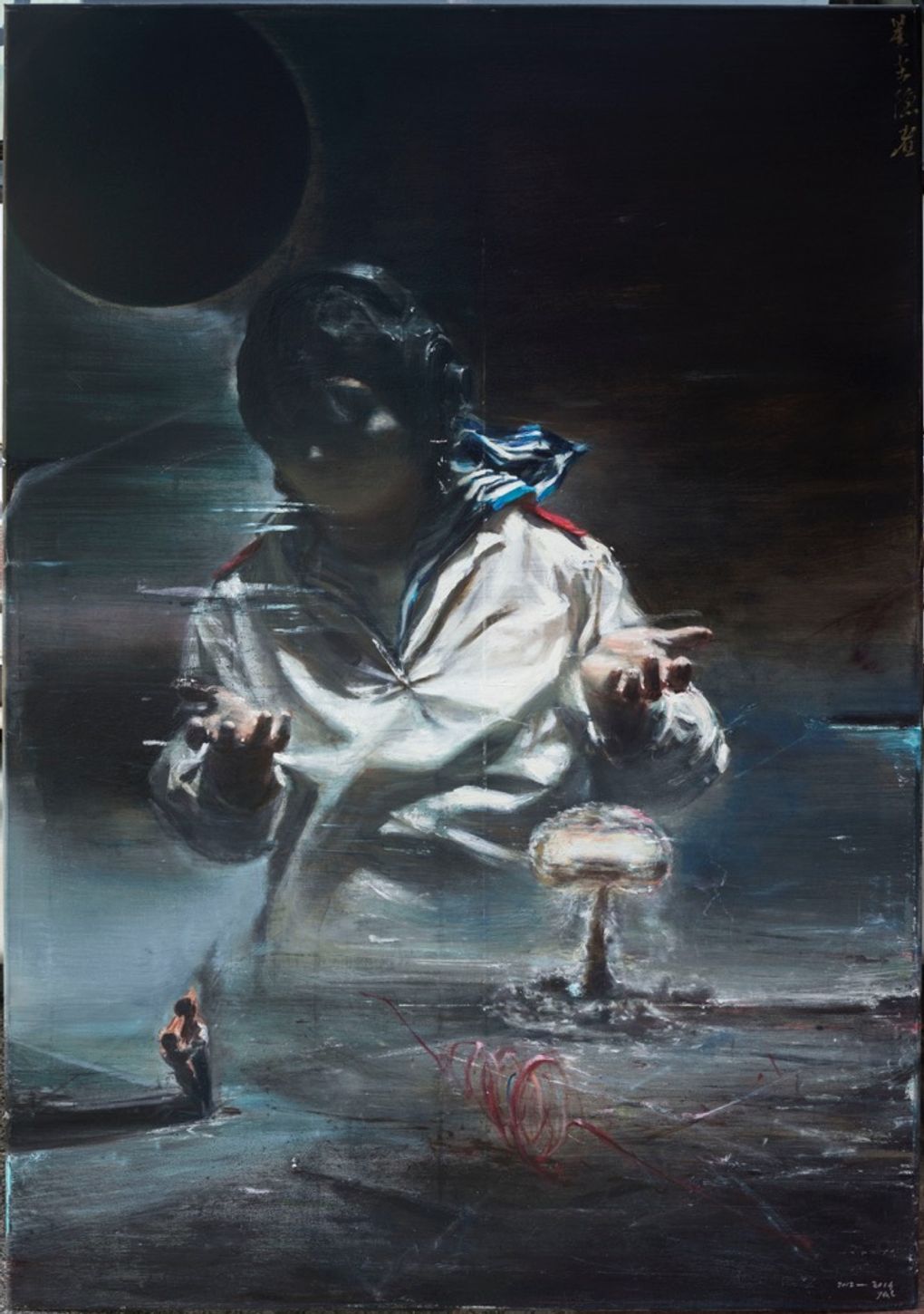 Born in 1979 in Liaoning Province (China) and a graduate of the Luxun Academy of Fine Arts, Jia Aili lives and works in Beijing.

Often with a greyish and bluish hue, the artist covers a broad range of topics through his work presenting a world in which solemnity and violence co-exist, a world on the brink of collapse. His is a solemn and romantic detour, in contrast with a Chinese art world which is, to a varying extent, clamorous and unsteady. Using pictorial language the public is well acquainted with to depict space, his works energize the senses of the soul, the very essence of oriental aesthetics that many collectors and art enthusiasts have come to appreciate. 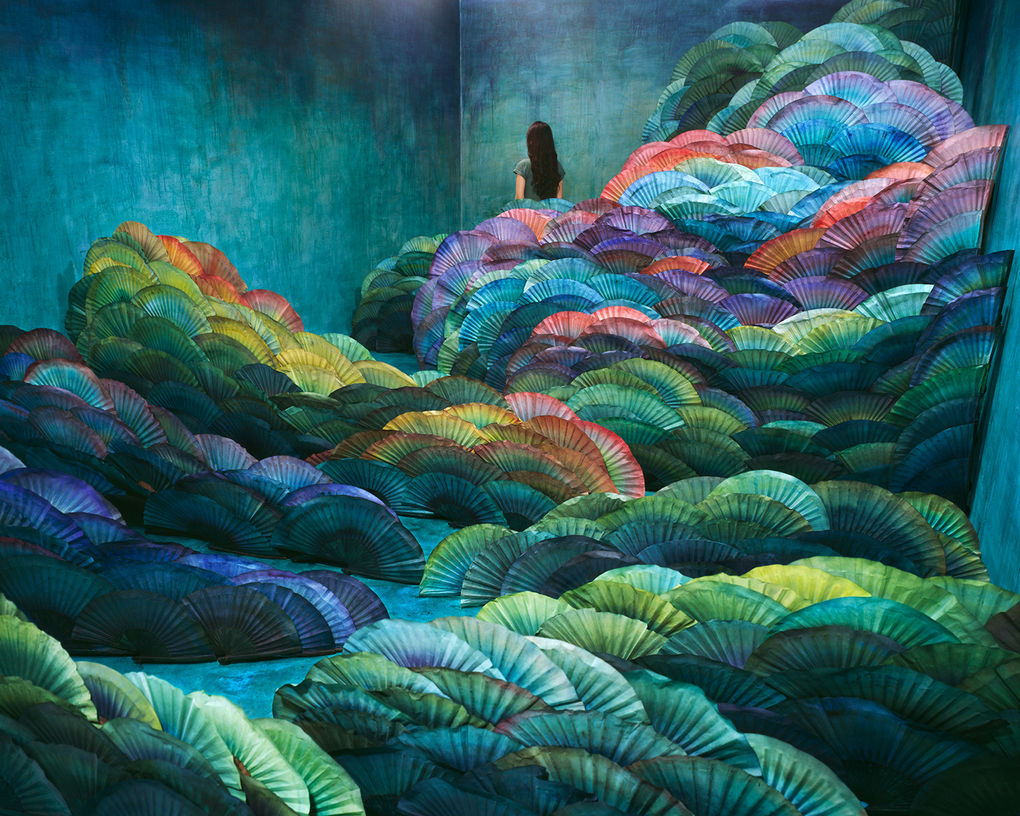 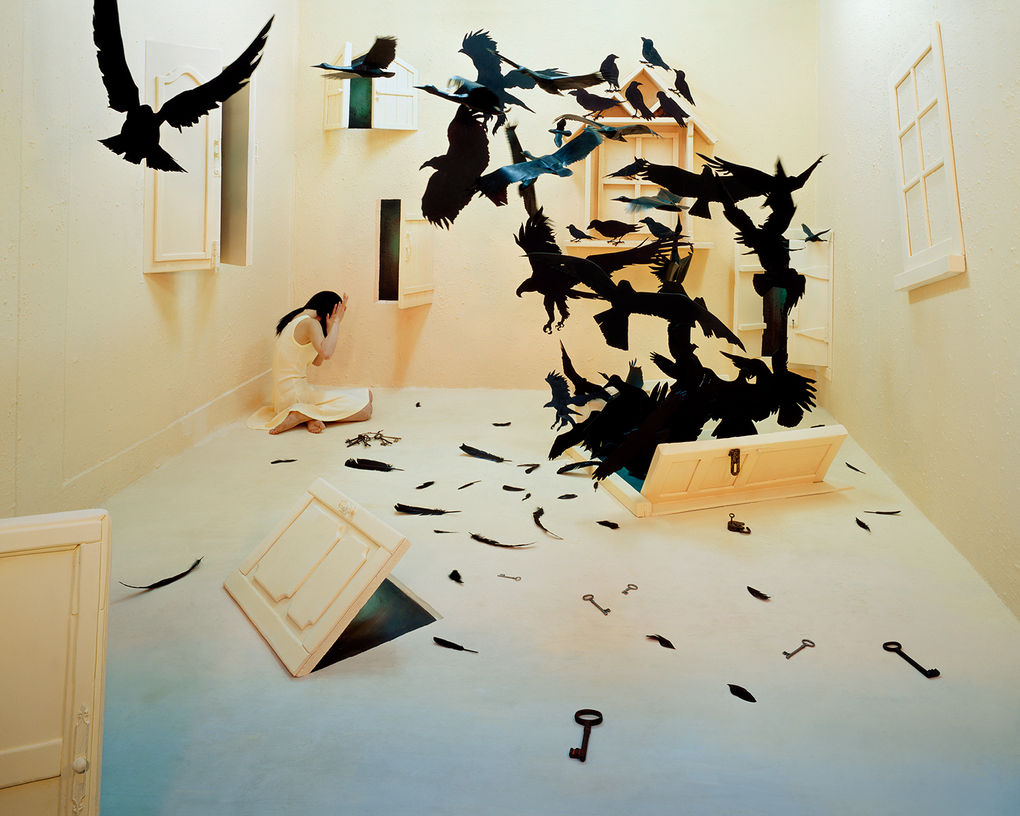 Since 2007,  Lee JeeYoung shoots the invisible. Whereas traditional photography submits extracts of reality to our eyes, the artist offers excerpts from her heart, her memory, or her dreams. Restrained by the inherent limits of the conventional photographic medium, she adds plastic creativity and theatrical performance to it, in order to blow life into her immense needs of expression, and interrogation

For weeks, sometimes months, she creates the fabric of a universe born from her mind within the confines of her 3 x 6 m studio. She does so with infinite minutiae and extraordinary patience, in order to exclude any ulterior photographic alteration. Thus materialized, these worlds turn real and concretize: imagination reverts to the tangible and the photo imagery of such fiction testify as to their reality.  In the midst of each of these sets stands the artist: those self-portraits, however, are never frontal, since it is never her visual aspect she shows, but rather her quest for an identity, her desires and her frame of mind. Her creations act as a catharsis which allows her to accept social repression and frustrations. The moment required to set the stage gives her time to meditate about the causes of her interior conflicts and hence exorcise them; once experienced, they, in turn, become portents of hope.

Recipient of multiple artistic awards including the Sovereign Art Prize (2012), JeeYoung Lee is one of the most promising up-and-rising figureheads of the younger Korean artistic world. 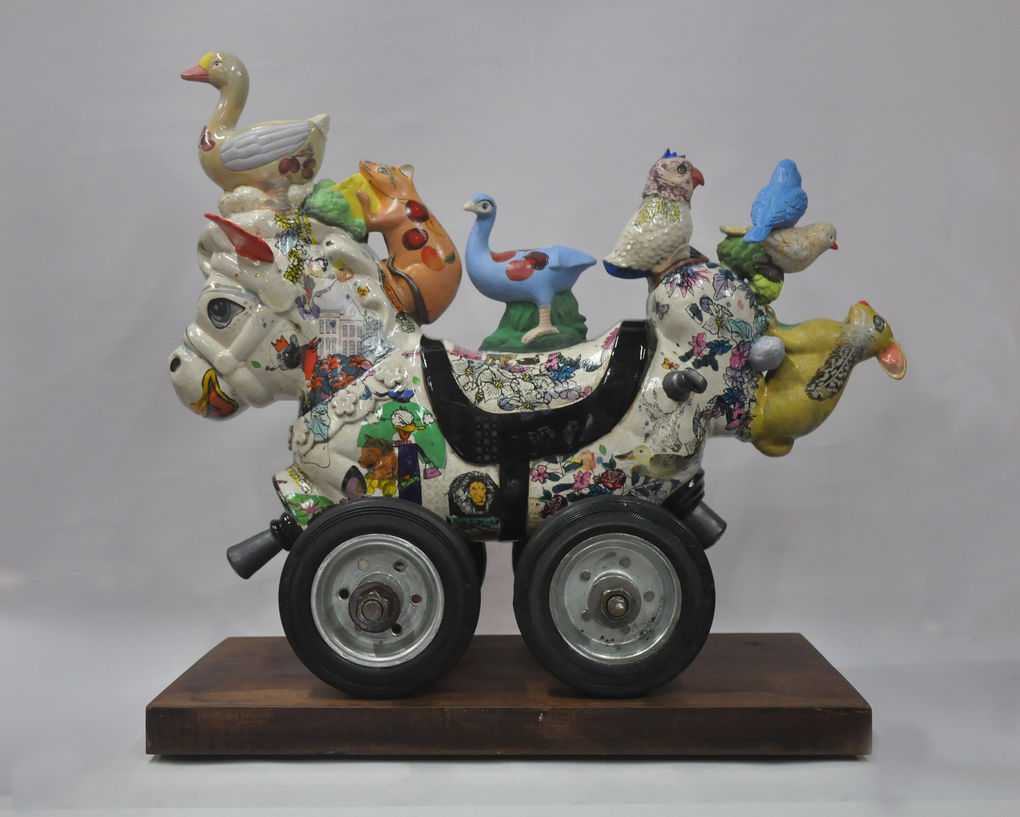 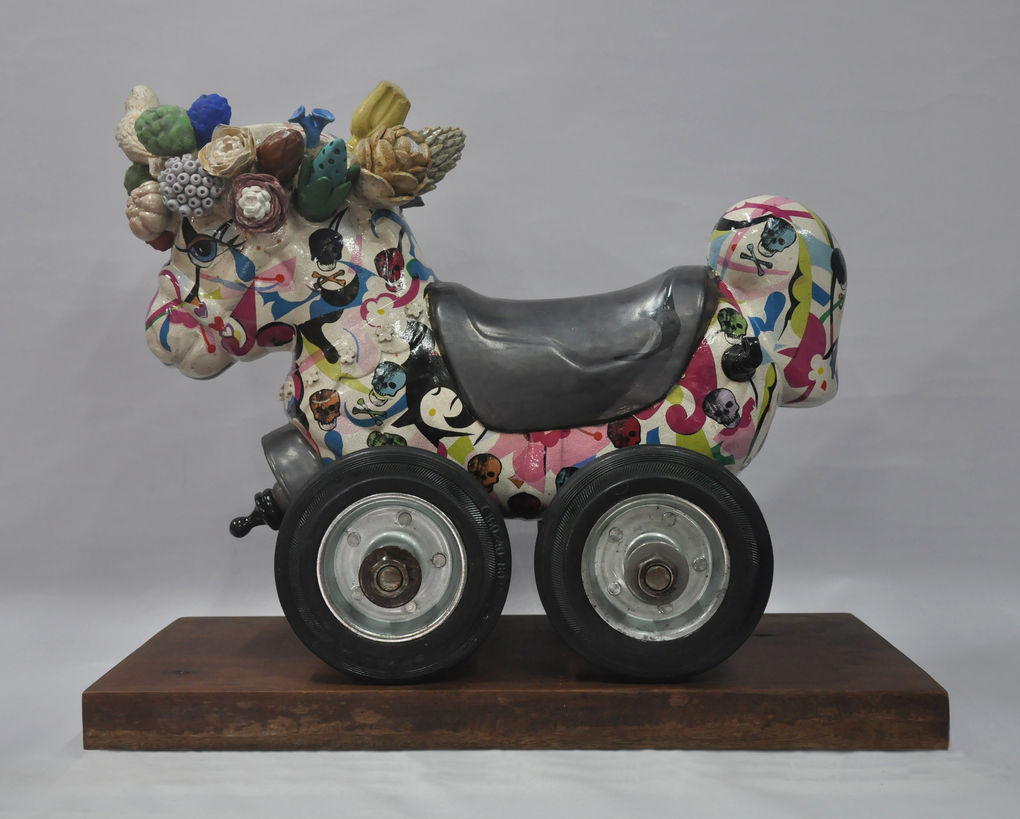 Umibaizurah is a ceramic artist born in 1975 in Malaysia. Since 1997, she has participated in exhibitions in various spaces across Malaysia, Singapore, Indonesia, Korea, Japan, and Pakistan. Her works push the traditional boundaries of ceramics, and are characterized as playful, ironic, and rich in symbolism. She uses ceramics to address many contemporary issues, such as community living, immigration and many other issues we are facing today, globally, and domestically. 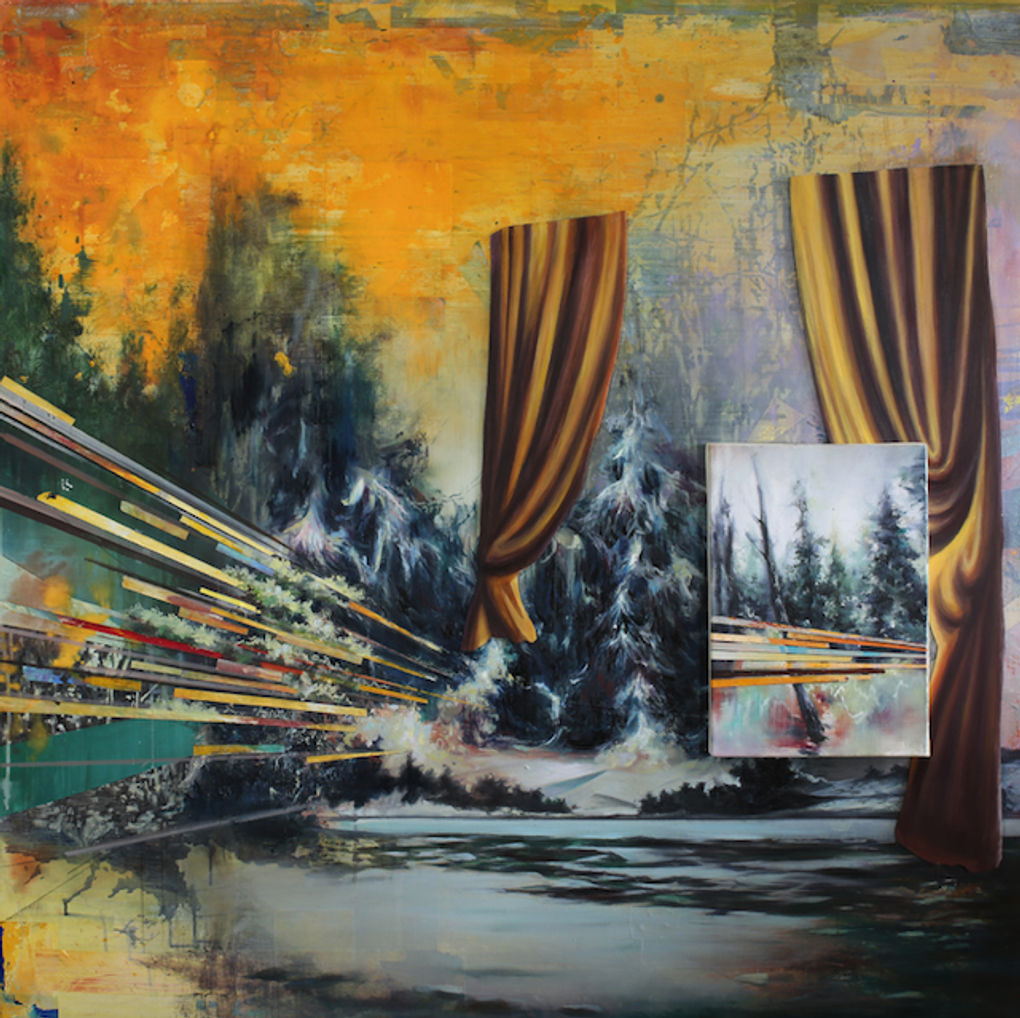 Interior and exterior NO.6 - Hanping Feng 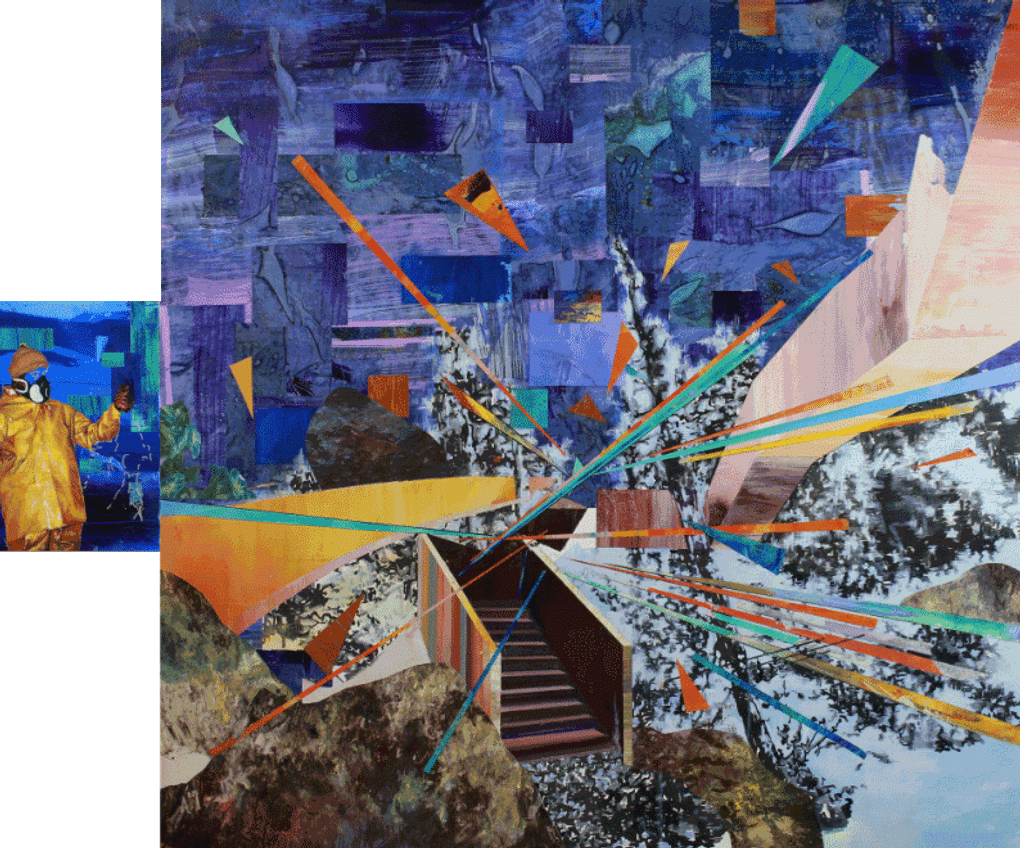 Interior and exterior NO.5 - Hanping Feng

Hanping was born in 1984 in Guilin City, Guangxi province. He graduated in 2008 from the Art School of the Sichuan University with a Bachelor's degree, and in 2015 from Central Saint Martin's Art & Design in London with a Master's degree. He has participated in numerous group exhibitions in London and throughout major cities in China, such as Shanghai, Chengdu, Beijing. He has also had solo exhibitions in Shanghai and in Chengdu.

His surreal paintings explore the relationship between the human condition and the surrounding environment: man vs. nature. The artist portrays elements such as the sky, mountains and trees, juxtaposing with man-made construction works, like staircases and curtains. 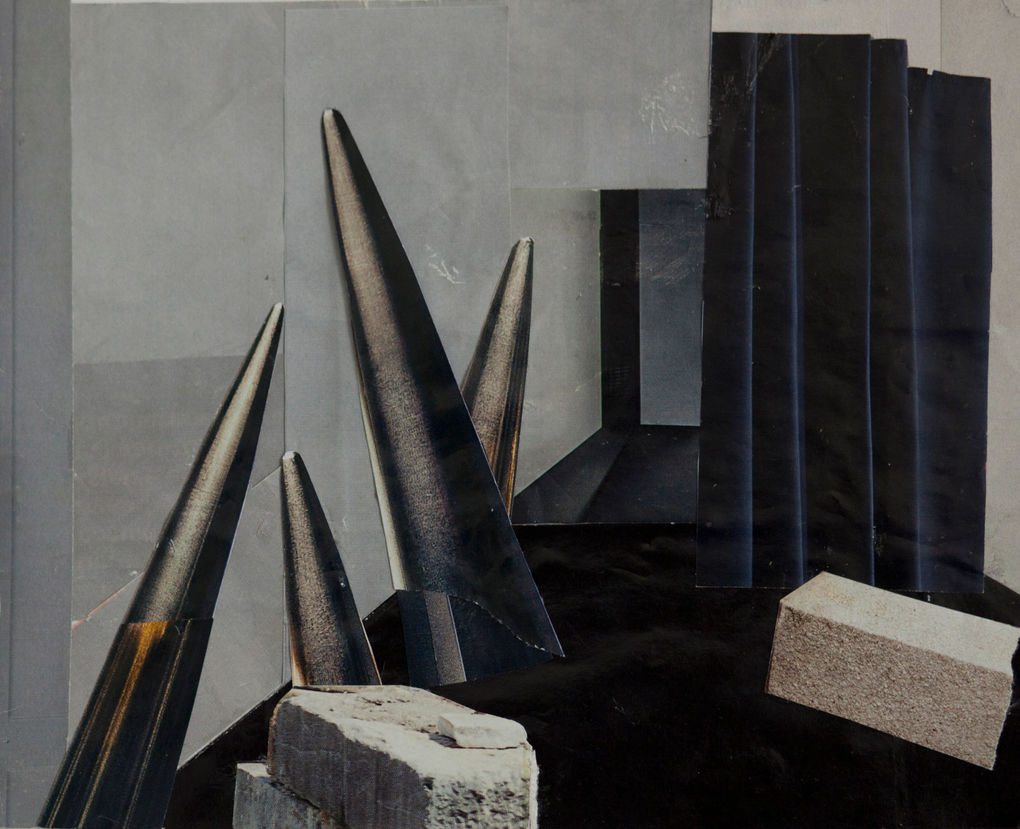 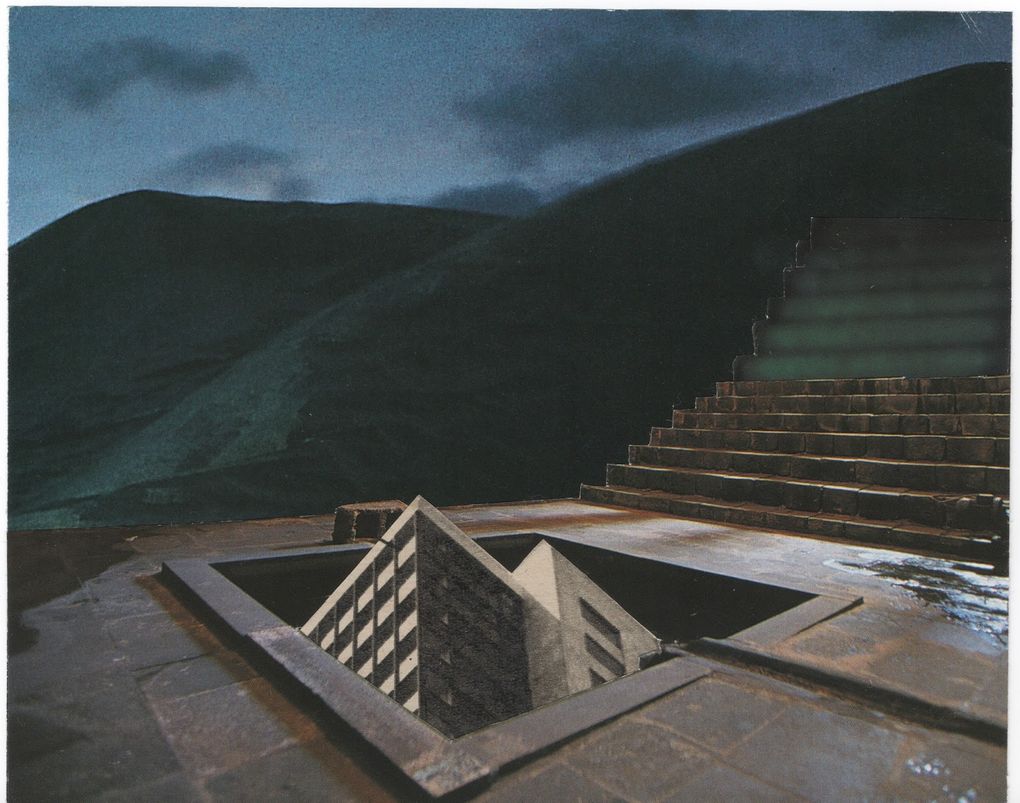 Curious about Surrealism? Learn more about the history of Surrealism here and check out other works by other emerging surrealist artists!

Surrealism - Art That Captures The Imagination

10 Famous Surrealist Artists Who Are Leading The Movement In Asia