Nature in the Eyes of Science and Art | teamLab & Hiroshi Senju

The Dojima River Forum is pleased to announce its 10th Anniversary exhibition 'Waterness', which will see a collaboration between the renowned art collective teamLab and the distinguished Japanese artist Hiroshi Senju. The theme 'Waterness' is inspired by a contemplation of the water surface of the Dojima River. Recognizing the indispensability of water to human life, and its role as the artist of the world, the Dojima River Forum thus invites teamLab and Hiroshi Senju, two artists/artistic groups who have worked with the theme of water in their unique ways, but united by their concern of relationship between human and nature, to stage an exhibition at its venue in Osaka. 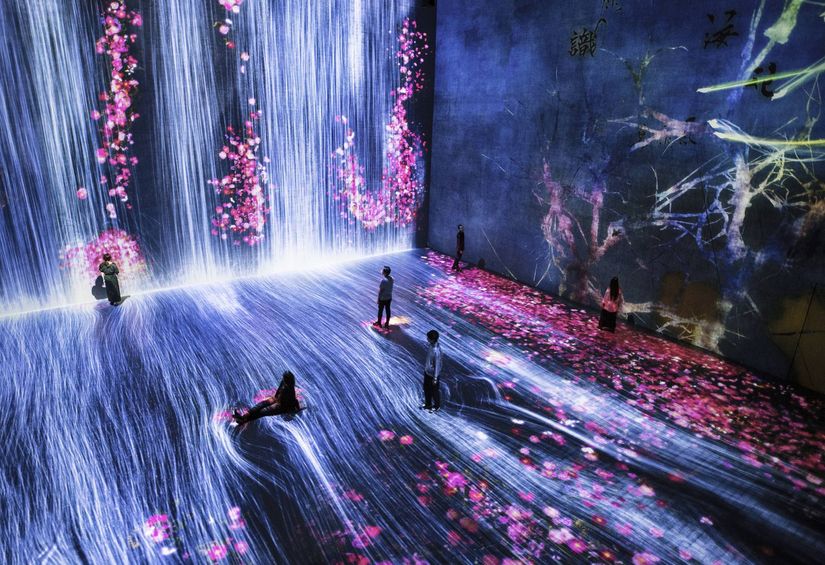 teamLab is an artist collective based in Japan with exhibitions held around the world, attracting millions of visitors. Their work extends beyond the boundary of art by exploring its intersection with science, technology, design and nature. Consisting of artists, programmers, engineers, CG animators, mathematicians, architects and designers, teamLab is able to create dazzling installations and carve out an experience like no other for the audience. 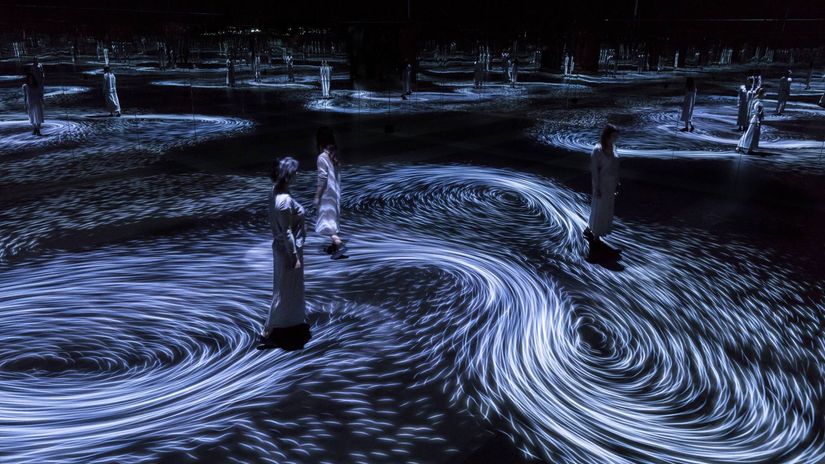 The piece “Black Waves: Wander, Discover and Re-emerge”, which will be featured in the exhibition, uses digital technology to simulate the movement of waves and immerses viewers in a mesmerizing experience. Through calculating the interactions of water particles, and drawing lines according to their movements, the installation presents ocean waves as a continuous body surrounding the audience, and turns the space into what teamLab terms an “ultrasubjective space”. The term is a reference to the subjective perception of premodern Japanese, as they believed that water was a living entity, and that humans are a part of nature. Inspired by their world view, teamLab employs premodern Japanese painting style, where bodies of water were expressed as a series of lines, to reconstruct the animate qualities of nature. The spectacular view gives an impression of life and lures the audience into an experience of nature, allowing them to feel as a part of the living entity. This ultimately breaks down the boundary between human and nature, and questions how we should perceive the world. 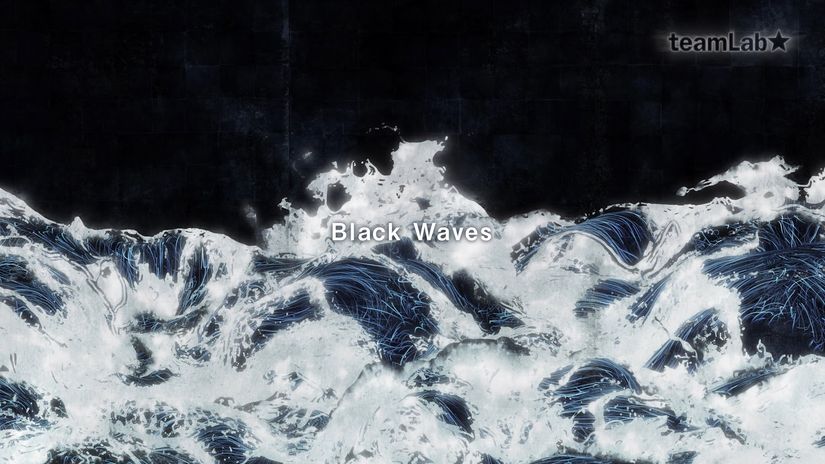 A similar concern for immersive paintings of nature can be found in the work of Hiroshi Senju. A Nihonga artist based in New York, he has worked with the theme of water throughout his artistic career, and is the first Asian artist to win Honorable Mention award at the Venice Biennale. His works can now be found in Haneda Airport in Tokyo, various temples in Japan, and museum collections around the world. 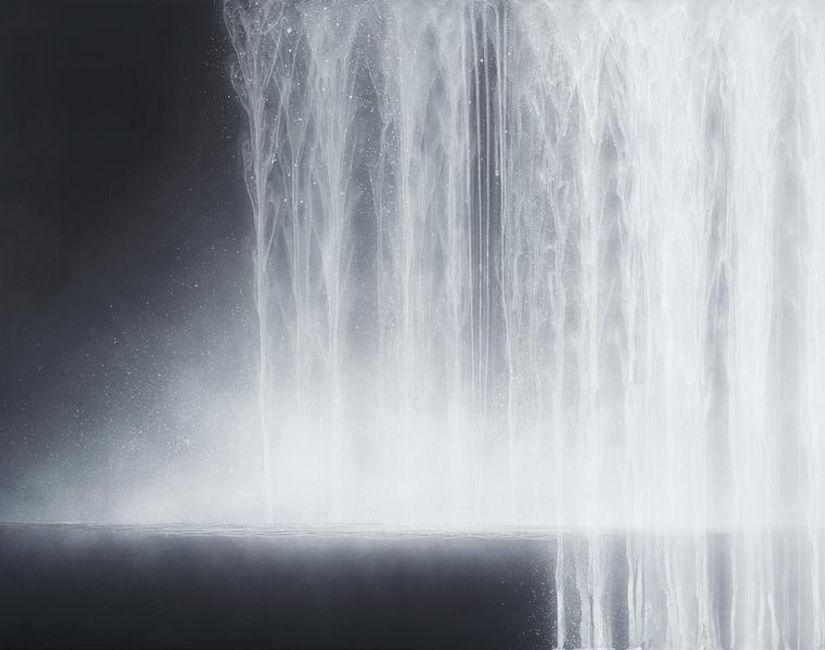 Known for his waterfall paintings that often focus at the base where the falls crash into the pool, Hiroshi Senju makes use of traditional materials such as washi, natural pigments from minerals, shells and corals. Imbued with a sense of minimalistic beauty, his works have a unique allure of both naturalistic atmosphere and dreamlike quality. Similar to teamLab’s approach of ultrasubjective space to re-orient the viewers to a traditional Japanese spatial awareness, Hiroshi Senju’s work also operates in the domain of flat perspective, combining multiple planes to reflect an entire space and placing the viewer inside it. Viewers are thereby immersed in the gigantic depictions of waterfall and placed under the illusion that they are inside the realm of nature. His new piece, “The Fall”, which will be exhibited at Waterness, aligns with his previous monochromatic work but takes a new twist with the vibrant blue pigment. 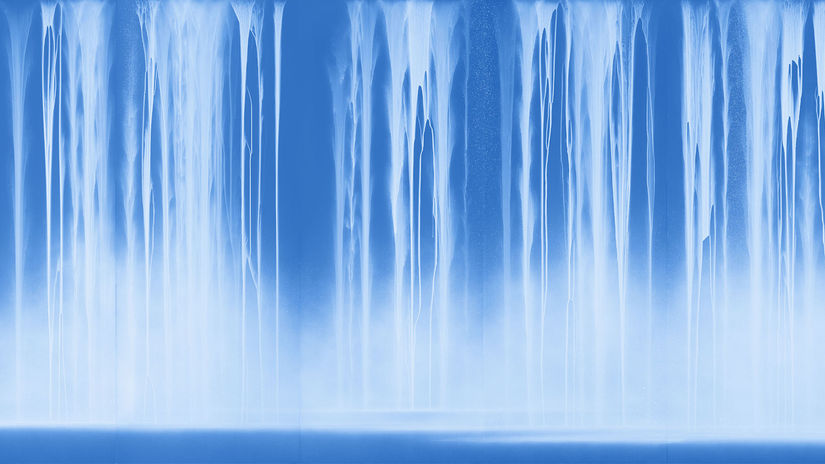 The clash between digital installation and painting, between modern technology and traditional Nihonga techniques will no doubt produce exciting works. As we in the current age are increasingly disconnected from nature, “Waterness” will serve to challenge our perception of the world and force us to reconsider our relationship with water.
Information from https://www.teamlab.art/jp/e/waterness/and https://10th.dojimariver.com/
Location:
DOJIMA RIVER FORUM
1-1-17, Fukushima
Fukushima-ku, Osaka City
Osaka 553-0003
https://www.dojimariver.com/
Exhibition Period:
July 14 – September 2, 2018
Gallery Hours:
Sun-Thu 12:00-20:00 (last entry at 19:30)
Friday, Saturday and the day before national holiday 12:00-22:00 (last entry at 21:30)

A Preview of 'YAYOI KUSAMA: Life is the Heart of a Rainbow'