Of the Found and the Darkness

March 19, 2018 by Sarah-Tabea Sammel
The nameless, the forgotten ones, are agents of the unforgettable, re-emerging in the spotlight of collective consciousness about mass society’s shared history.

Dinh Q. Lê’s ‘Murials & Memorials’ is showing from 17 March – 12 May at STPI, Singapore. The show marks the first time that the artist’s work, comprising of pieces initially conceptualized in the 1990’s, is solo-exhibited in Asia. The body of works under the title ‘Splendor and Darkness’ contain large-scale photographic weavings that follow the traditional art of Vietnamese grass mat weaving, linking and entangling landscapes of Cambodian temples with portraits of Khamer Rouge victims, who were killed at Tuol Sleng.

‘Murials & Memorials’ as ‘Splendor and Darkness’ is a contemplation of collective memory and the active act of remembering and mediating time-lines and trajectories of humanity. The nameless, the forgotten ones, are agents of the unforgettable, re-emerging in the spotlight of collective consciousness about mass society’s shared history. As the photographs are interweaved, the monuments and faces become intertwined signifiers of the violence of empirical claims to perpetuity, set in stone and lost to the elements, whilst the expression of the human face is exposed as the underlying base of our world perception. 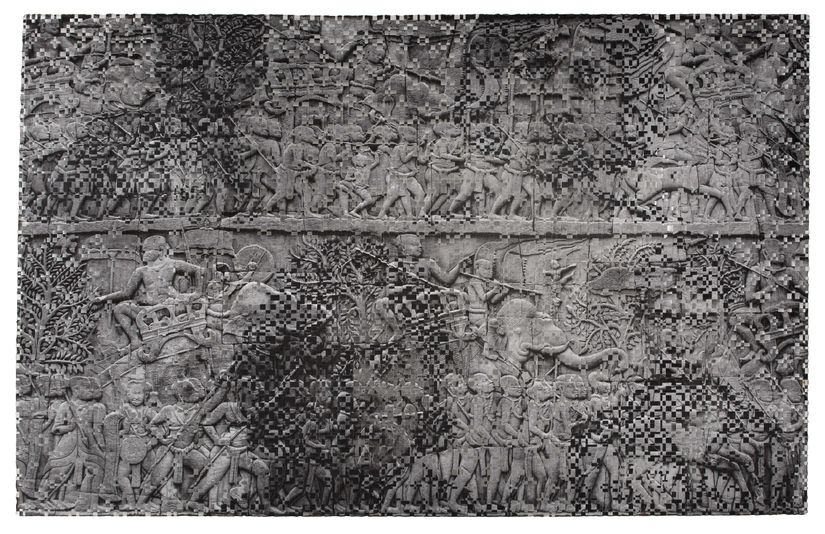 1968 Vietbam born Dinh Q. Lê grew up near the border intersection of Vietnam and Cambodia. His family immigrated to the US to escape the Khamer Rouge regime, responsible for one of the most horrific mass prosecutions, imprisonments, and killings of men, women, and children in the 20th century. Working abroad has influenced Lê’s discussion of the political context of Southeast Asia’s development, whilst the artist created works seeking the negotiation of a globally shared perspective.

The pieces of the show incorporate silver, referring to offerings across Southeast Asian culture and creating a light-effect on the weavings that lets the photographs seemingly fuse even further. The edges of the weavings can be found burned, partly to secure their form, but also evoking a sense of age and recovery from archives. Cambodia’s temple images reveal stones and ruins that are overgrown by the jungle under vivid faces of children, women, and men, offering further metaphors for the process of memory as a human quest for historical power over sociological perpetuity.

The synchronicity of place and people contains its own seam as simultaneous destruction and reconciliation.

At the same time, the weavings also remind of pixels of digitally restored archive images and glitches of data recovery, memory, and the art of overlay photography. Some of the pieces are left unfinished with strings of photographs hanging down from the weavings. A dark room installation contrasts the wall-pieces with ghostly stone-shaped objects hanging in mid-air, seemingly free-floating in space, ready to be perceived upon the audience’s self-aware entrance to this small sphere of confrontation.

The synchronicity of place and people contains its own seam as simultaneous destruction and reconciliation. The symbols with which Lê operates are strong as the artist discusses conceptions of past and presence. Yet, it is the body of the audience that phenomenologically realizes and contains the collective awareness of shared memory. 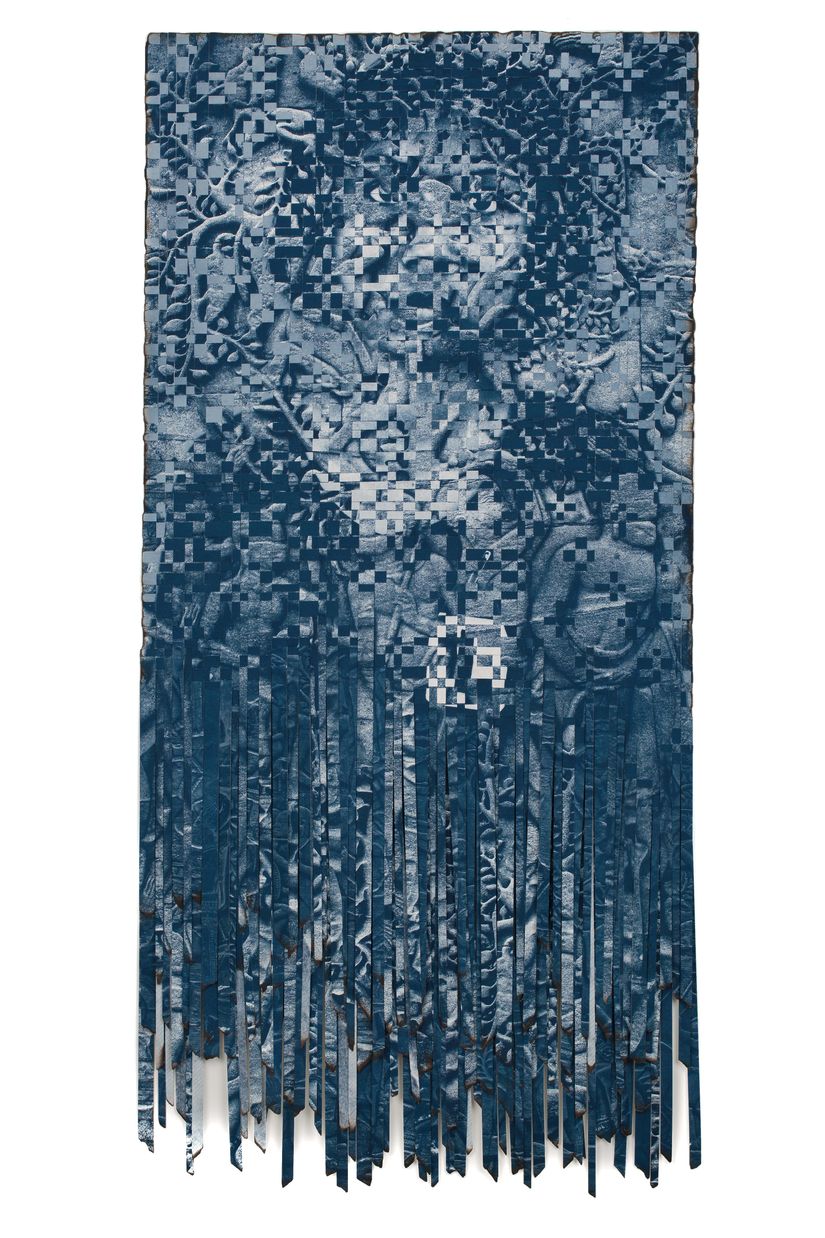 Further information about the gallery and the show can be found here.

A Beast, A God and a Line: A Reflection on Regional Relevance...