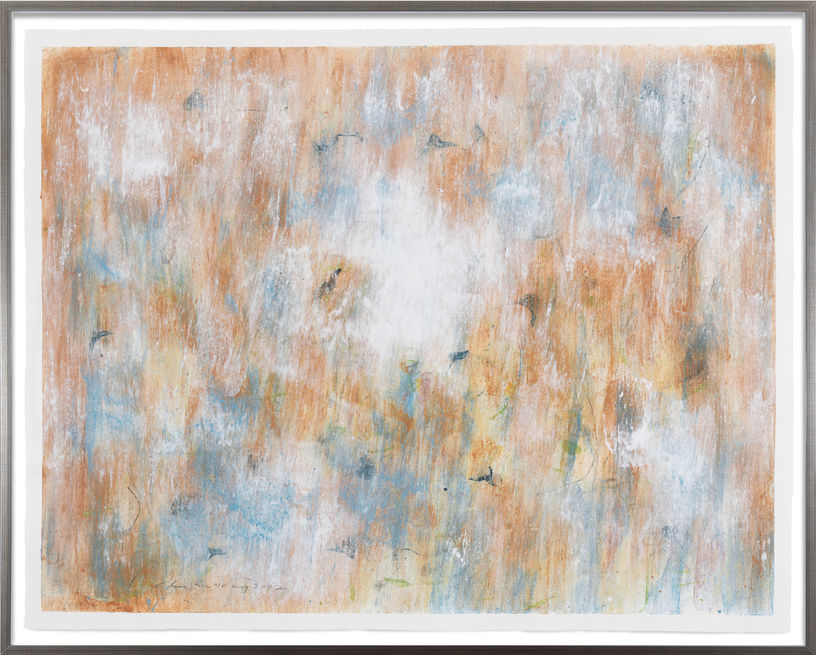 The late artist Chua Ek Kay is renowned for bridging Eastern and Western techniques in his works. Born in China in 1947, Ek Kay studied Chinese ink painting under the tutelage of Fang Chan Tien from 1975 to 1984 who became the most important influence in his artistic career. A few years later, he took up formal training in Western Art and graduated from the University of Western Sydney in 1995. The artist's seamless blend of traditional Chinese ink painting and Western contemporary techniques became a distinguishing marker of his artistic mastery. He sought not to replicate nature, but serve as a creative expression of his thoughts and personality. Ek Kay was also proficient in Chinese calligraphy, poetry writing, and seal carving.

In September 2002, the STPI Gallery invited the Cultural Medallion recipient to be the first Singaporean artist to participate in its distinguished Visiting Artists Programme. Ek Kay delivered one of the most compelling and exhilarating Chinese ink practices in Singapore. In early 2007, he reacquainted with the print and papermaking processes at STPI, which culminated in a new series of paper pulp works and prints, erupting with vitality and energy. 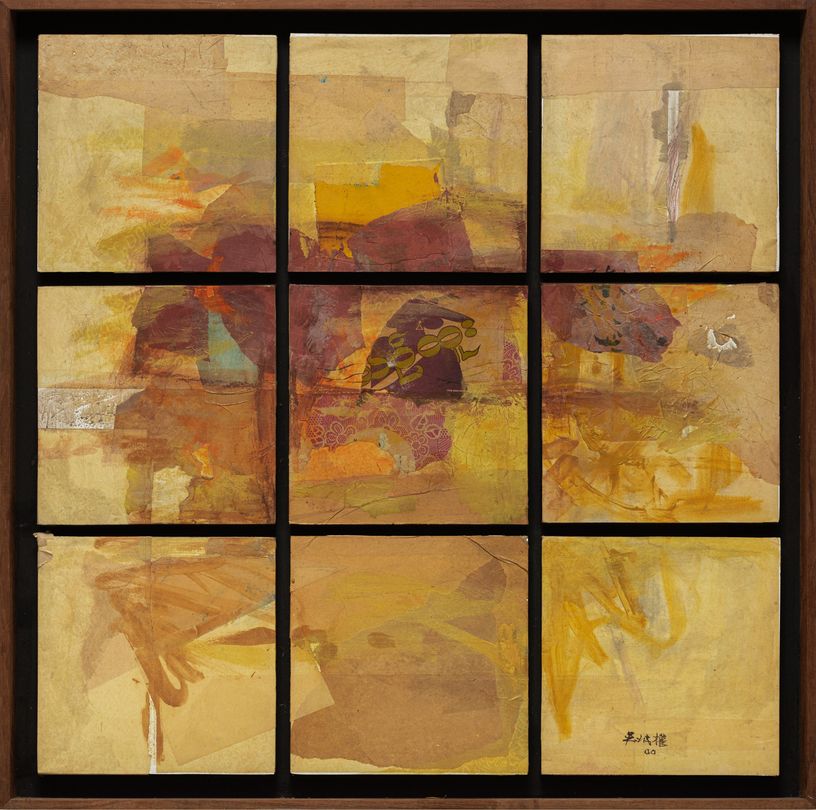 Goh Beng Kwan was born in 1937 in Medan, Sumatra, Indonesia and resettled in Singapore in 1945. This modern artist is known for his distinctive approach to abstraction and collage. Beng Kwan's formative studies under ‘pioneer masters’ Dr. Chen Wen Hsi and Cheong Soo Pieng in the 1950s instilled in him an abiding appreciation of traditional Asian art.

Goh returned to Singapore in 1966, and in the ensuing decades, emerged as an outstanding collagist and a pivotal figure of modern art in Singapore. He introduced an astonishing range of materials into art-making including tea-wrappings, acupuncture diagrams, nails, strings, and sand. His broadening of the boundaries of what was acceptable artists’ resources was enormously influential on successive generations of mixed media artists. 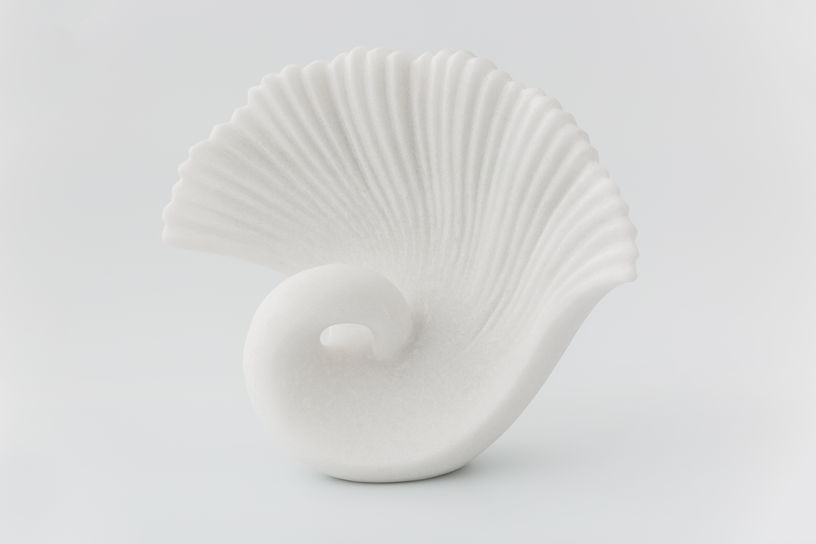 Hai Sai Por is one of Asia’s leading modern sculptors, receiving Singapore’s Cultural Medallion Award in 1995. She is a formidable artistic figure with over 50 years of practice, which have shaped her aesthetic language of geometric and organic forms. Her education in Fine Arts and Landscape Architecture strengthened her keen understanding of nature and the environment; a principle source of inspiration in her works. Motifs and metaphors of forests, plants, seeds, and fruit that signify the vitality of life are seen in her unique sculptures.They are characterised by organic forms and understated elegance, demonstrating a strong sense of symmetry and balance as well as intuitive understanding of material. Sai Por's artistic proficiency is reflected these sculptures, which take on both a pliant yet solid appearance.

Collaborating with the workshop team at STPI, Sai Por reinvigorated her creative approach with new material possibilities in the in-house paper mill. Exchanging her signature mediums of stone and marble with paper pulps that are soft in nature, Han stretched paper’s potential to possess volume and textures. 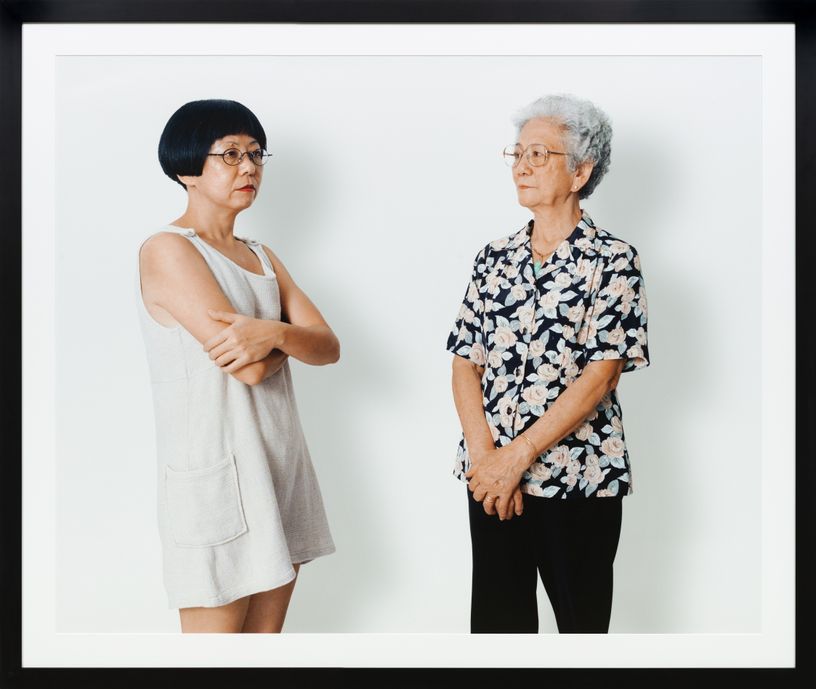 Amanda Heng has been a fulltime art practitioner since the late 1980s, receiving the presigious Cultural Medallion Award in 2010. Adopting an interdisciplinary approach to her art practice, her works speak of the clash of the Eastern and Western values, traditions, and gender roles in the context of Singapore's multiculturaland fast-changing society. Amanda's works explore the themes of history and memory; communication and human relationships in the urban context; and it's changes and impact on the body and life. She often works in collaboration with people of different cultural backgrounds from both art and non-art fields, which led her to a closer examination of the roles of the audience and collaboration.

Amanda was involved in the founding of two artist initiatives in Singapore, The Artists’ Village in 1988, and Wita (Women In the Arts) in 1999. She is also actively involved in conceptualising, curating, organising, and participating in exhibitions, public art commissions, public discourse, and forums such as Women And Their Arts, The 1st Asian film Appreciation workshop, Women About Women, Memories of Sense, TheFridayEvent, Exchange 05, Open Ends, and Conditions of Production. 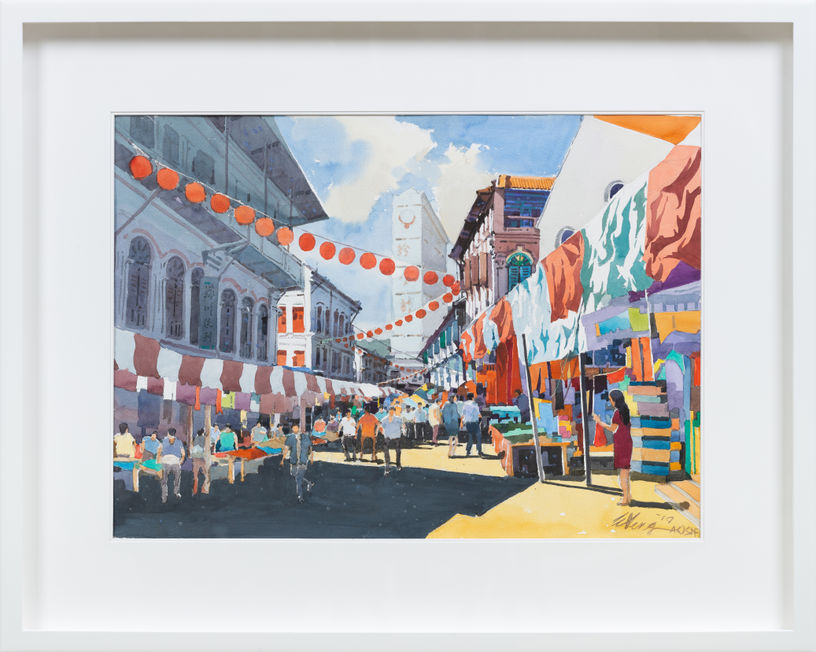 Born in 1945, Ong Kim Seng is an acclaimed watercolorist and one of Singapore’s most prominent artistic icons. Described as the ultimate ‘maestro of light', his works are marked by a consummate handling of light and shadows, sensitive composition, and meticulous detail. As an avid traveller to natural landscapes around the world, Ong is known for his sensitive grasp of distinct cultural intricacies, presenting them vividly in his signature watercolour paintings.

Currently the honorary President of the Singapore Watercolour Society, following a long term as its President (1991-2001), Kim Seng continues to actively promote watercolour with organisations and bodies around the world. The artist is also one of the founding members of the International Masters of Watercolor Association based in Shanghai.

The STPI Gallery is a creative workshop and contemporary art gallery based in Singapore. Established in 2002, STPI is committed to promoting artistic  experimentation in the mediums of print and paper, making it one of the most cutting-edge destinations for contemporary art in Asia. STPI sits alongside National Gallery Singapore and the Singapore Art Museum as part of the national Visual Arts Cluster of leading institutions in the region.

STPI fosters the exchange of ideas in contemporary art with its diverse exhibitions and public programme. The gallery hosts specially curated exhibitions of works produced in the STPI Creative Workshop and regularly participates in international art fairs. This enables it to nurture and sustain local and international interest in both its residency artists as well as the mediums of print and paper.

An Alluring Design - The URCHIN Cabinet by Jake Phipps...

Artworks to Satisfy Your Wanderlust | New in Art...