10 Creatives Making A Difference With Sustainable Art And Design

10 Creatives Making A Difference With Sustainable Art And Design

The relationship between art, design, and sustainability goes back many years and has been realized through many different genres, across many mediums and time periods. Works are defined as sustainable if they are made up of upcycled materials, found objects, and are made through processes that do no damage to the earth’s resources. These creations, along with the ways they are made, seek to highlight environmental degradation, along with the stark reality of climate change.

Land Art was probably one of the first creative movements that shot sustainability to popularity. In the second half of the last century, artists began exploring conceptual ways of creating art with their environment. Commonly used materials such as wood, earth, sand, stones, and water were used, and artworks were made without compromising the environment.

Cited multiple times as the most famous example of Land Art is Robert Smithson’s Spiral Jetty. Using 5,000 tons of basalt, a dark rock formed by cooled lava, Smithson built an enormous spiral out in the Utah desert. It was strikingly influenced by the landscape it was formed in, and completely intertwined with its environment. Other notable Land artists include Richard Long, James Turrell, and Nancy Holt, all of whom were inspired by the growing ecology movement.

These days, sustainable art and design can be found as the stronghold of many artists and their practices. As the awareness of environmental protection grows, more creatives are considering the wider impacts of their output. Such creatives are putting the environment at the forefront, and think of ways that they can work with the world they live in, rather than merely within it.

These 10 artists and designers on The Artling actively create works that promote sustainability, from using found objects to re-contextualizing salvaged materials, to using off-cuts that would otherwise go to waste. Take a look at their works here: 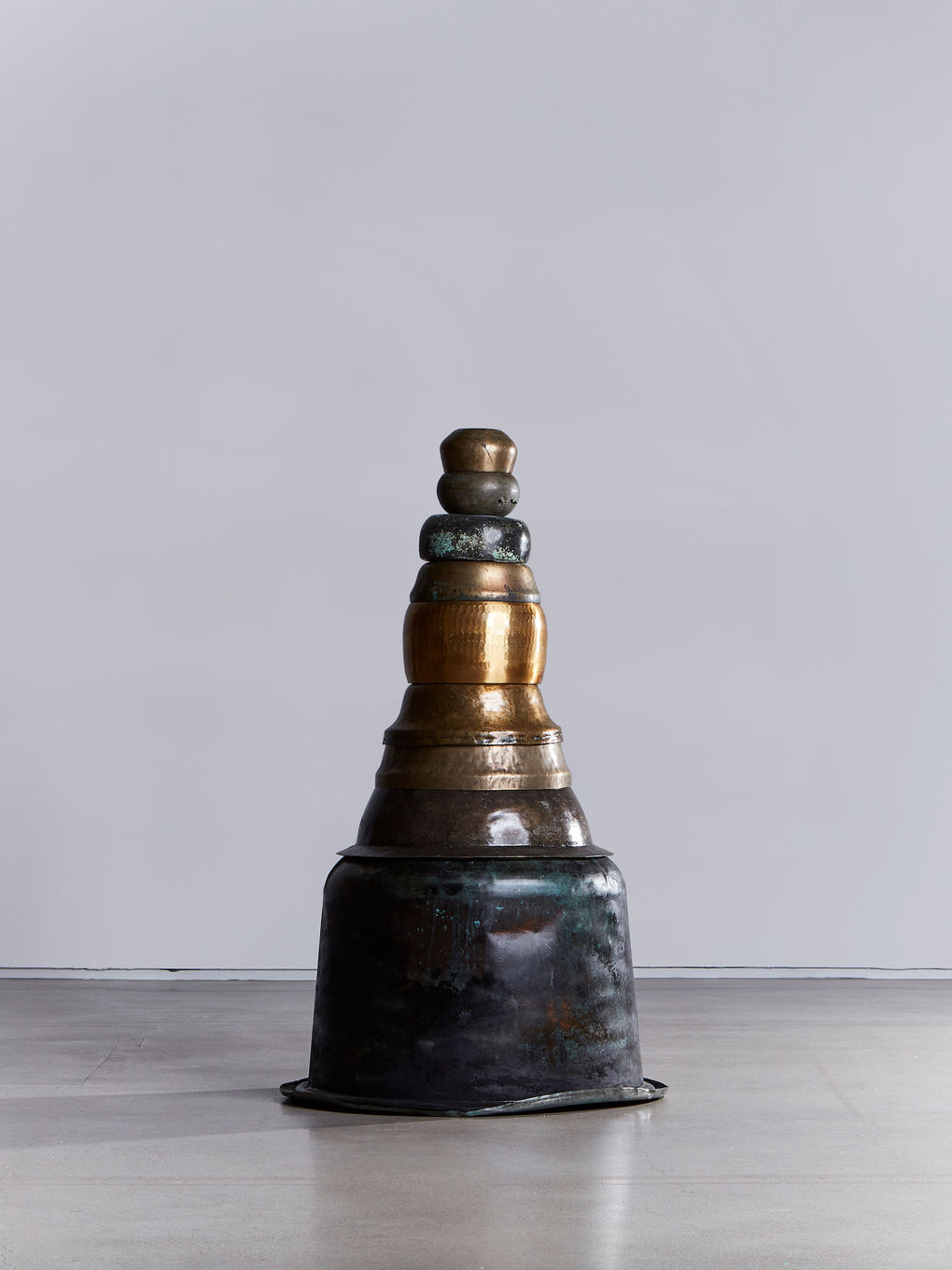 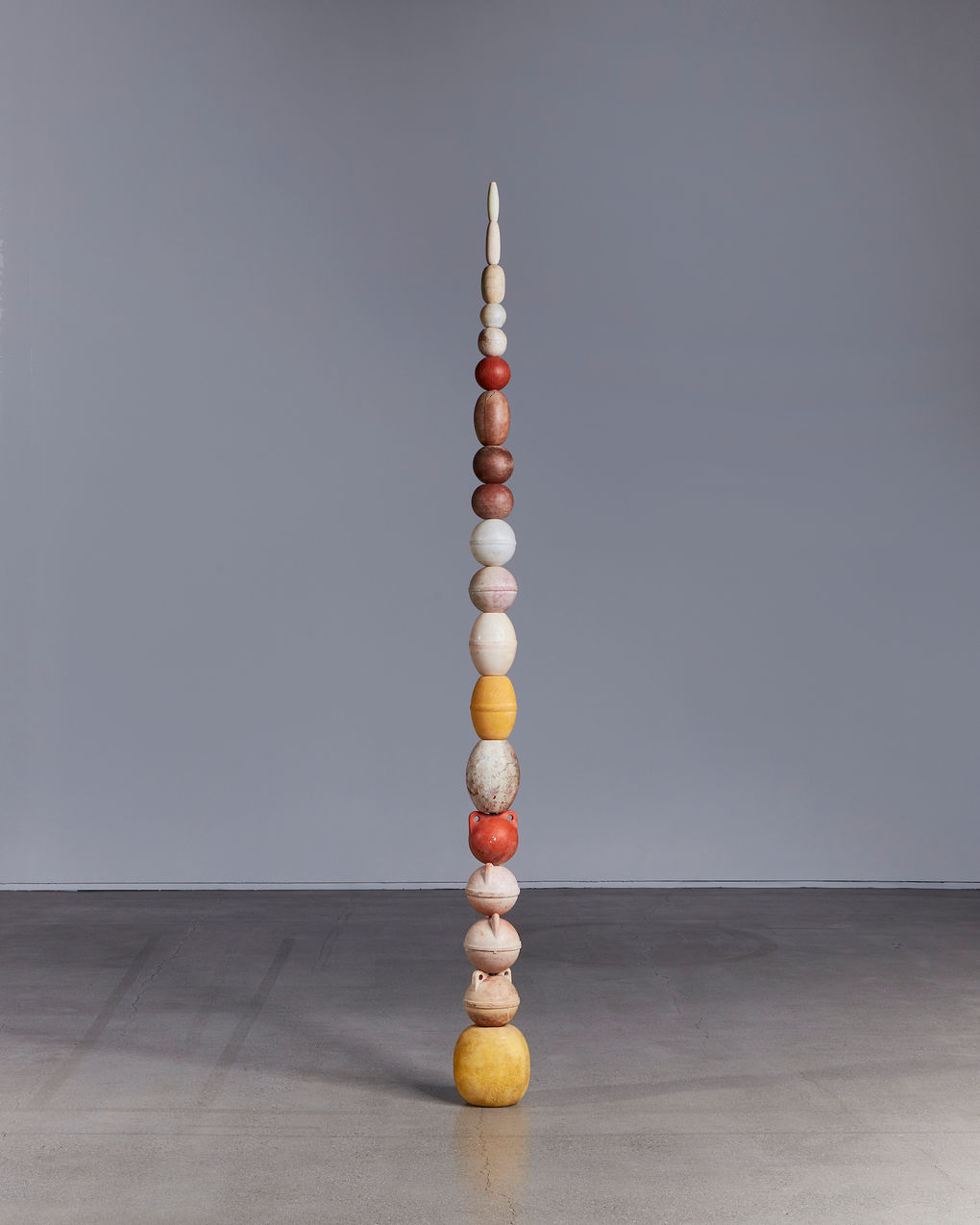 Choi Jeong Hwa is an artist famously known for using recycled materials, making small sculptures to large scale installations with materials such as old banners and commercial plastic containers. A leading Korean Pop artist, his works force viewers to think about consumption and mass production - he even invites them to touch, walk through, and engage with his site-specific works.

Since the 1990s, Choi has been exploring the relationship between the manmade and the natural. Speaking to The Artling, he said, “Plastic is made by the sun, the earth, and humans. What humans make is made by nature. This can also can be seen as a ‘2nd nature’, as plastic is a synthetic compound of rubber and oil.” Not only does he make sustainable works with recycled,  non-biodegradable materials, Choi questions the materials and how they have been denied through nature. This results in fantastical works that adorn large spaces, creating a sense of magical wonder. 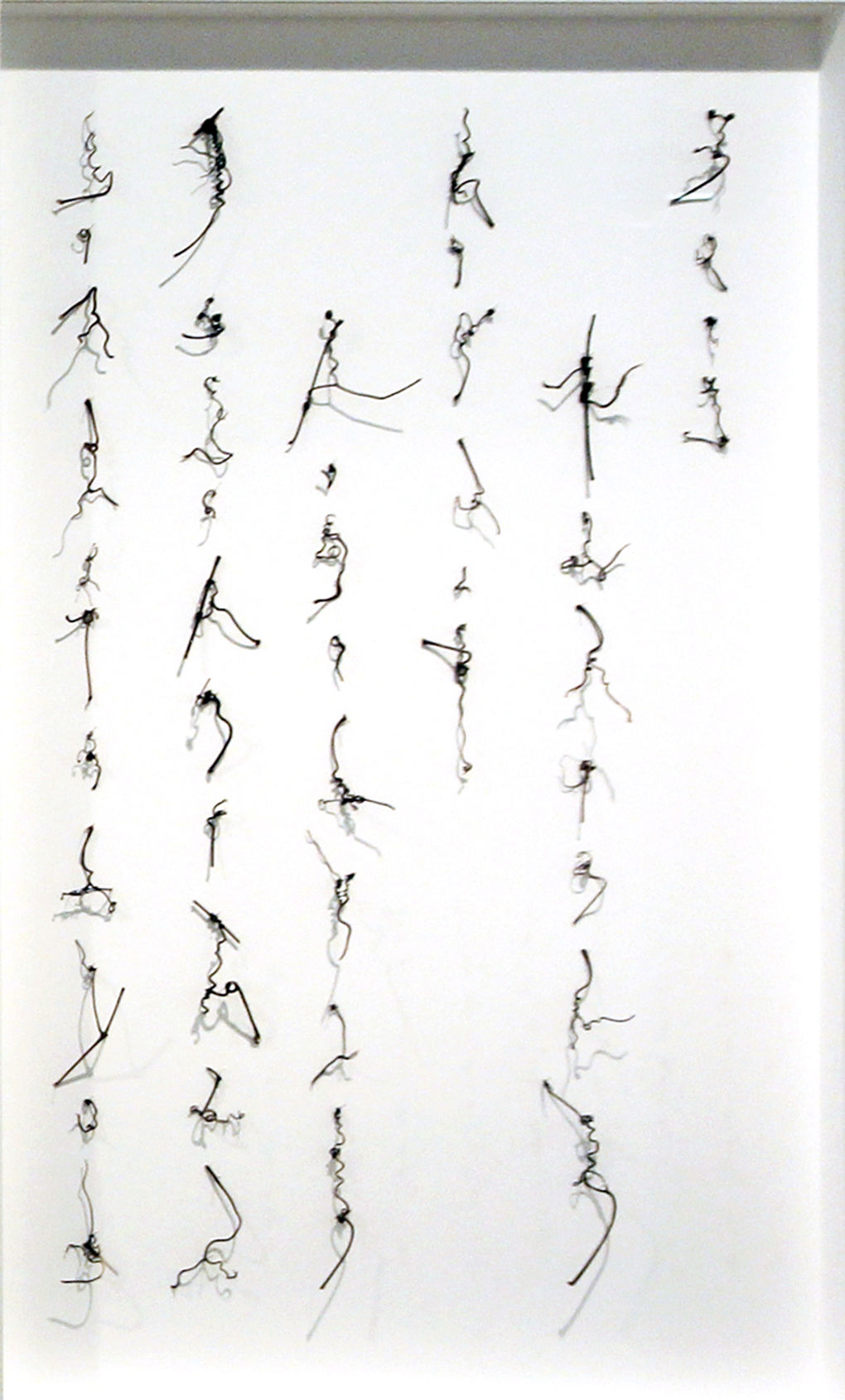 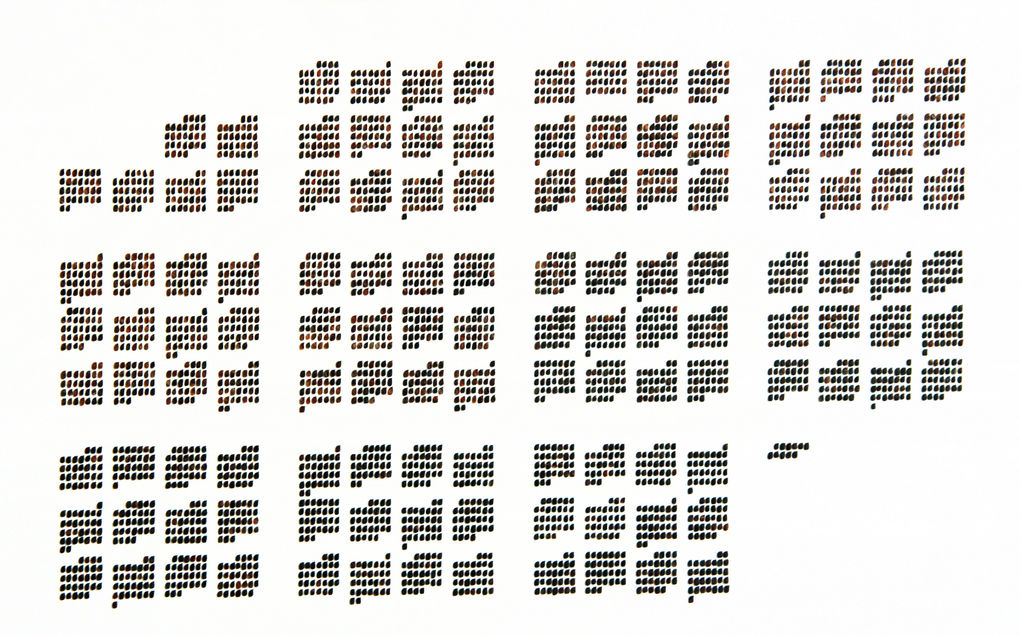 A Chinese artist based in the United States, Cui Fei was impressively a recipient of the Pollock-Krasner Foundation Grant, and her works have been collected by the Princeton University Art Museum. Her practice is incredibly linked to nature itself, favoring materials such as vines, twigs, and tendrils that she gathers. Strongly influenced by her Chinese heritage, she uses these materials to compose of manuscripts that highlight the relationships between cultural differences; between culture and nature; and between nature and human beings. These manuscripts were also made to symbolize the voiceless messages in nature that are waiting to be discovered and heard. 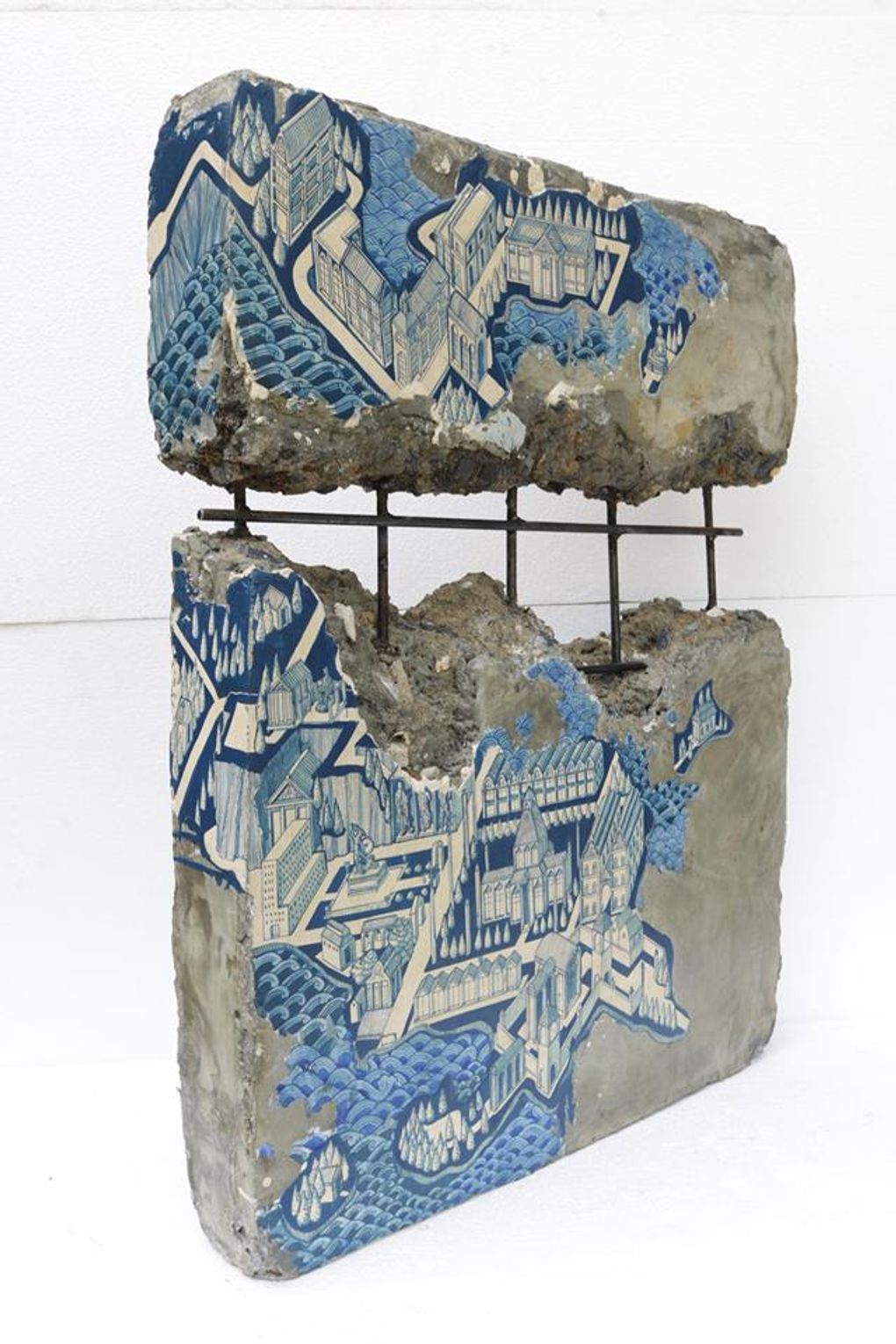 Exchange no. 4 by Pannaphan Yodmanee 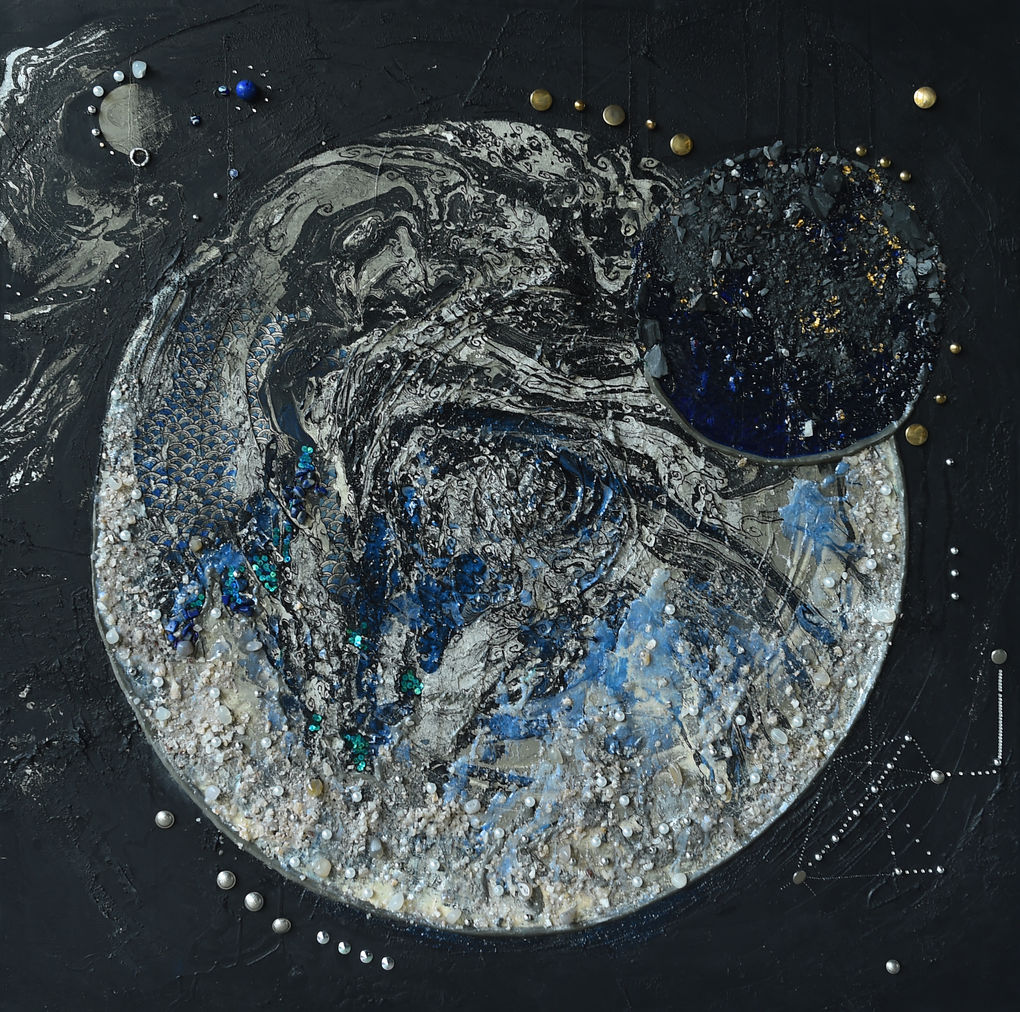 Look From Space (2216) by Pannaphan Yodmanee

Pannaphan Yodmanee combines different materials ranging from found objects to organic elements to create works that recall traditional Thai art and architecture. Rocks, minerals, and wrecks of concrete are painted over and reconstructed into beautiful abstract forms. These works seek to explore themes surrounding Buddhist philosophy and cosmology; the natural phenomena of time, loss, devastation and death; and the Karmic connection of time as we are born and reborn, forcing viewers to think about the flux and fluidity of life. 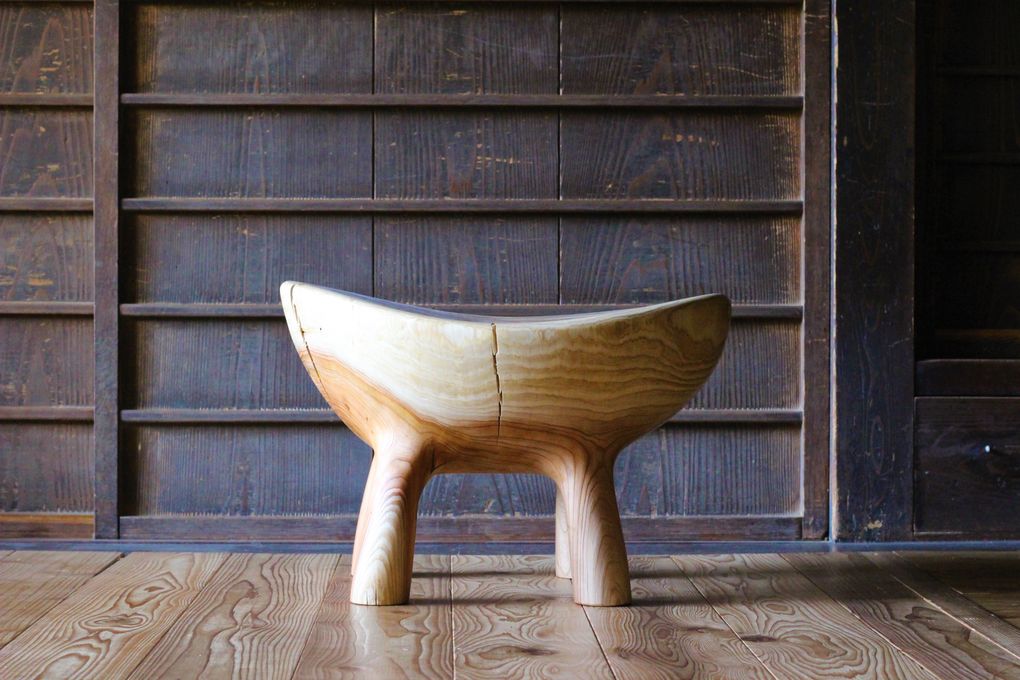 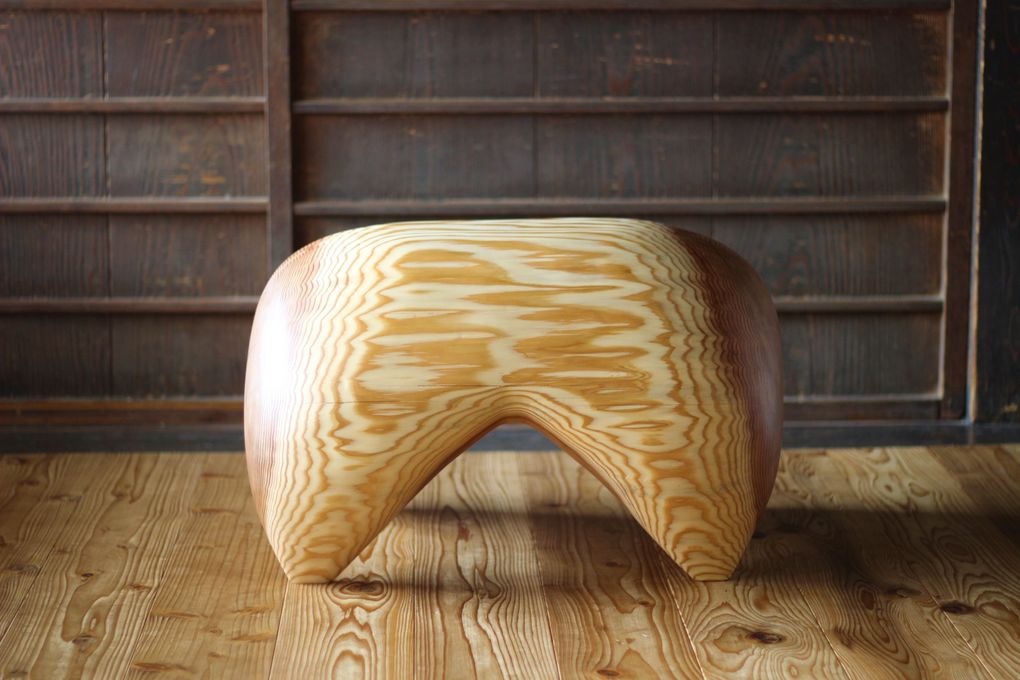 Founded by Takahiro Hirano, Life Wood Works is a Japanese furniture brand that uses offcuts of cedarwood to create their pieces. His ‘Gorotans’ series uses salvaged wood from the base of a tree after the majority of it has been cut off. This part of the tree is rarely used commercially as they are not only irregular but also has a density that makes it hard to be formed into products. If not salvaged, the remnants of these trees would accumulate to large amounts of damage to near rivers and dams. By rescuing this wood, Hirano sought to “transform them into wonderful works, and to make the forest and peoples lives better”. While cedar is not commonly suitable for furniture due to its soft nature, Hirano has found a way to ensure its longevity through his furniture construction process, while maintaining an element of simplistic beauty. 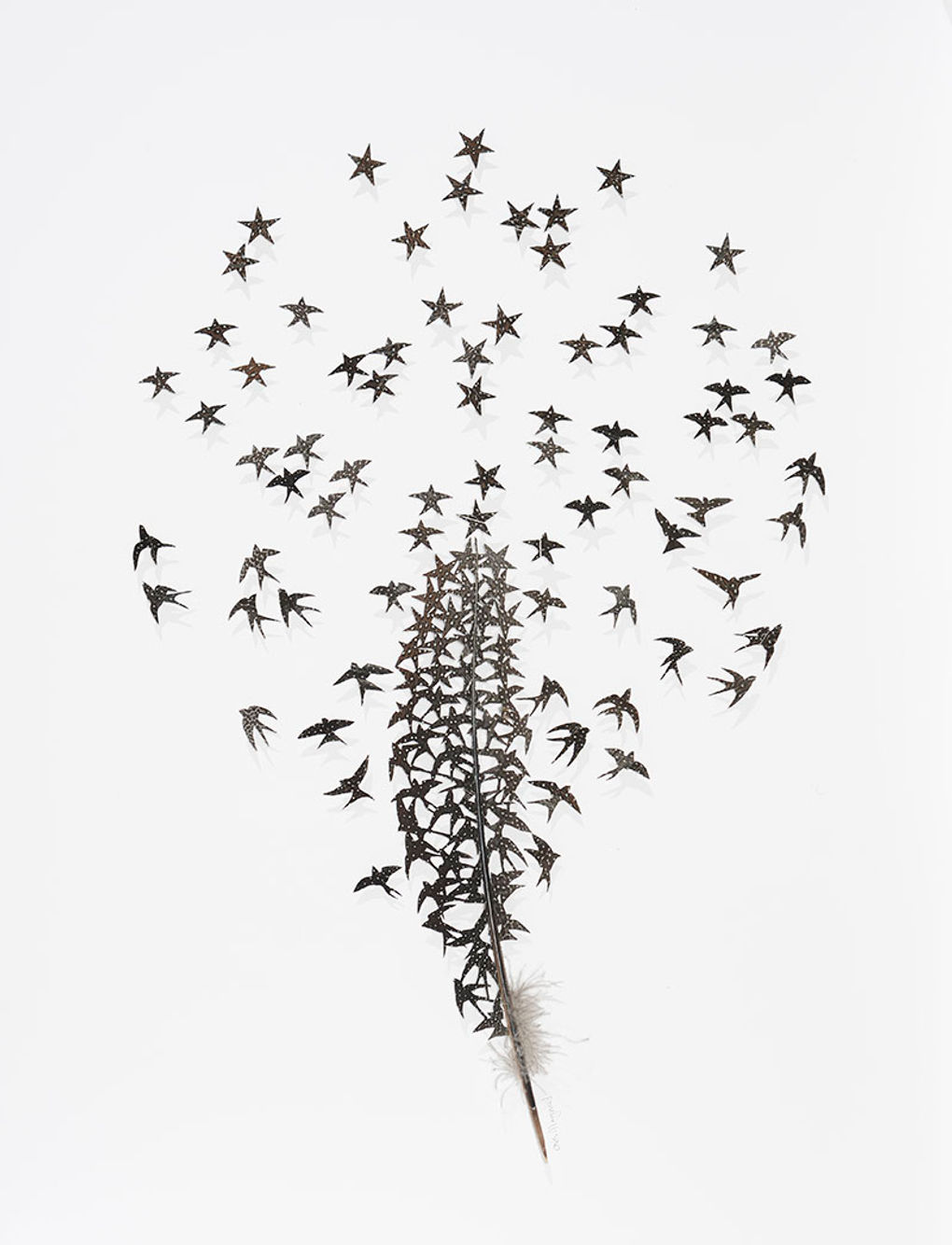 How Stars Are Made by Chris Maynard 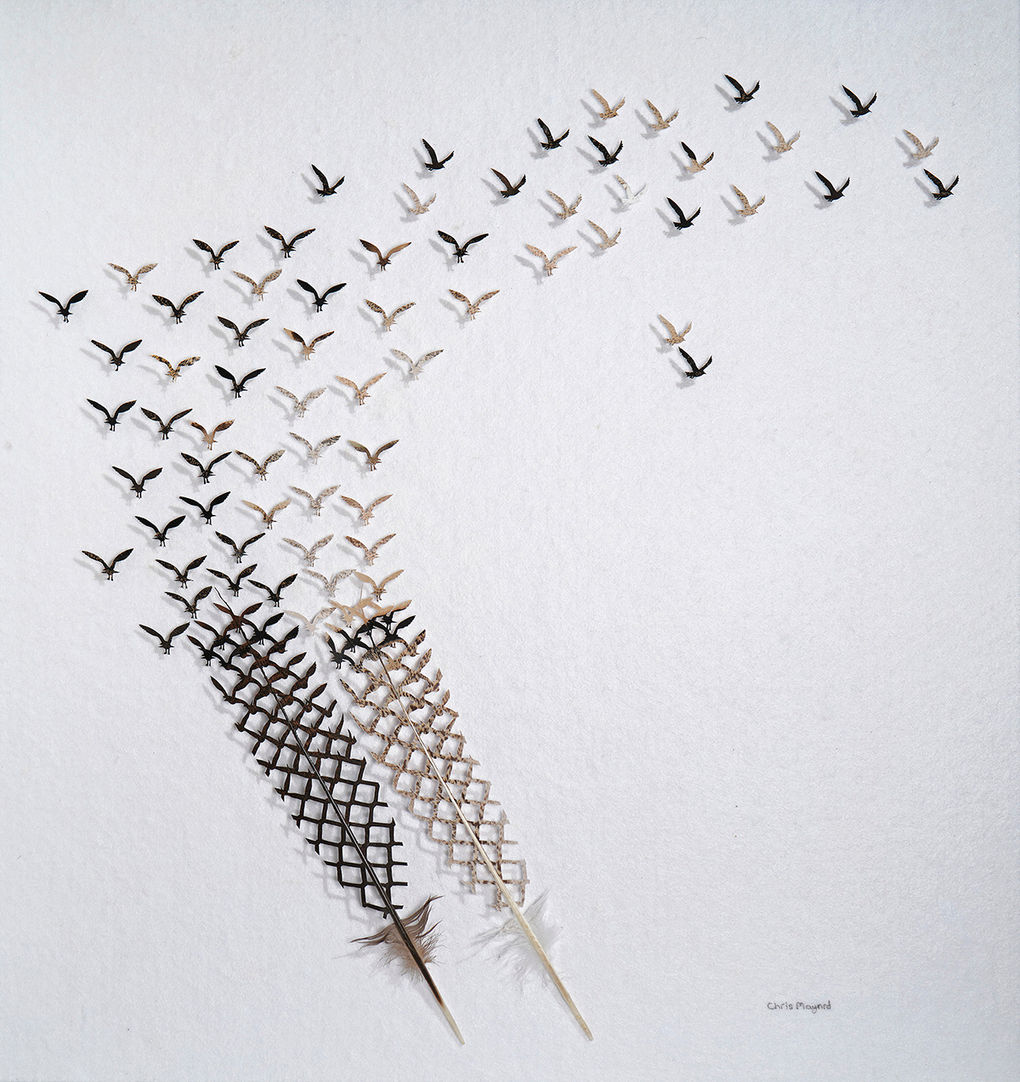 From the age of twelve, Chris Maynard has been fascinated by feathers. A member of Artists for Conservation, Maynard combines biology and ecology into his artworks made with feathers, using tools such as tiny eye surgery scissors, forceps, and magnifying glasses that have been passed down through his family. Feathers used are ethically sourced from private aviaries and zoos, and only those shed or discarded by birds naturally are recycled in his art.

Conservation is at the heart of Maynard’s practice. He believes that even though a feather has finished its life with a bird, that it still has much to offer. Through his art, he celebrates nature through the unique qualities of each and every feather and uses this medium as a universal symbol of flight, transformation, achievement, and hope. 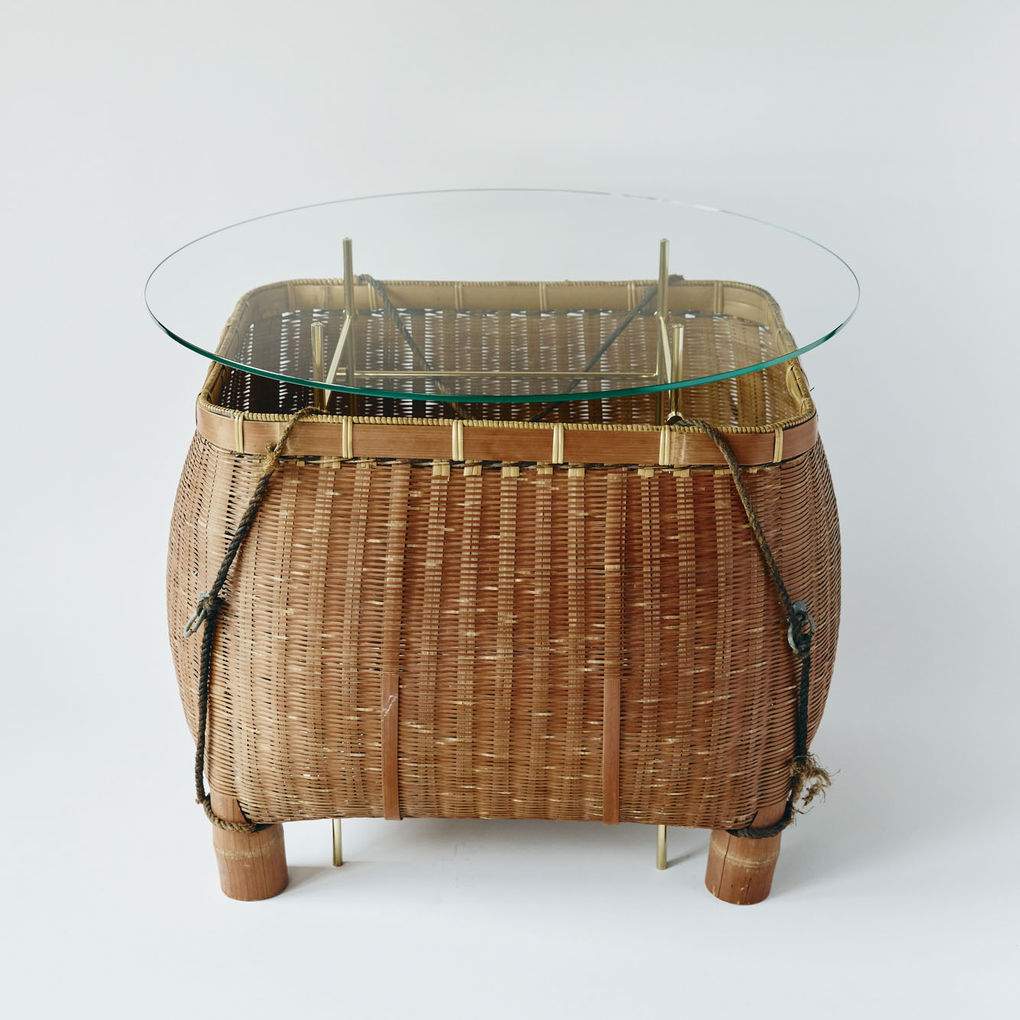 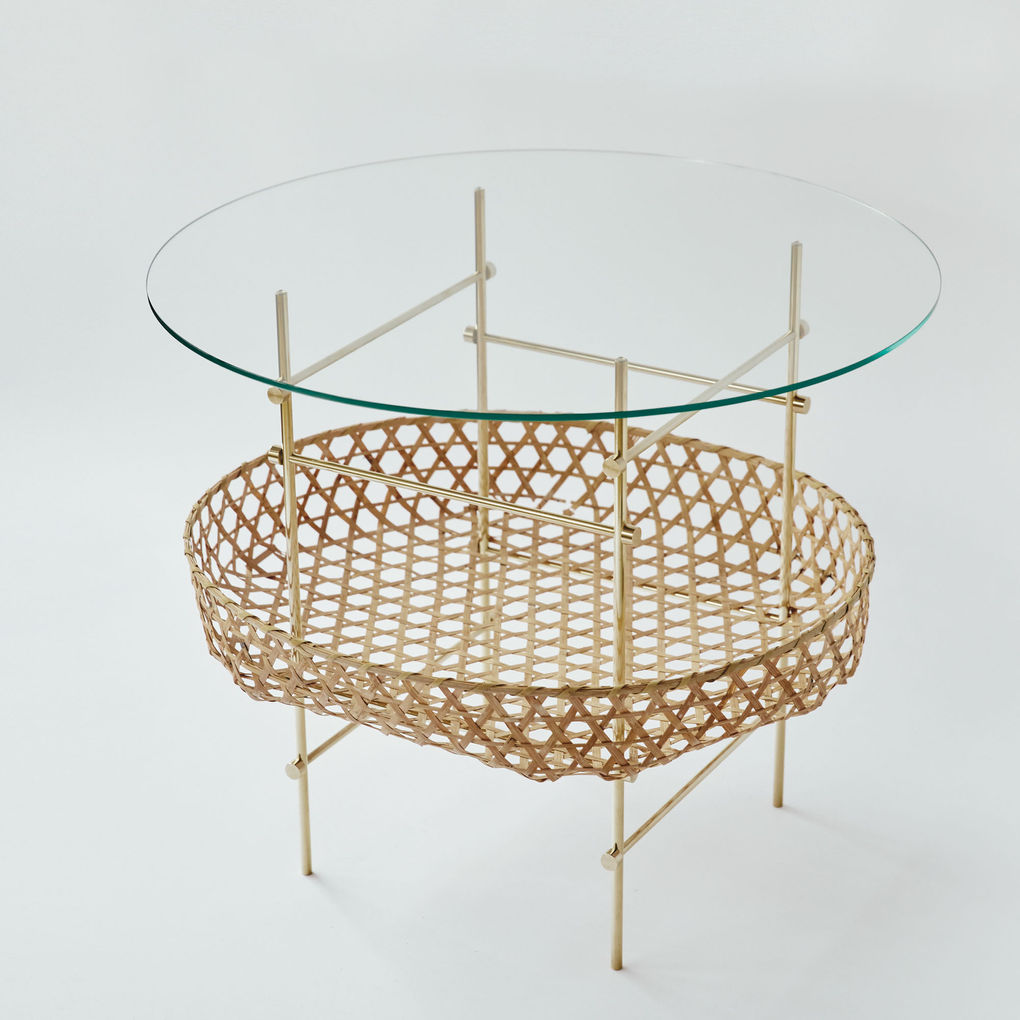 Re-envisioning the relationship between the old and the new, Ryosuke Harashima uses traditional Japanese items such as handmade bamboo baskets and wittily fashions them into contemporary furniture pieces. He seeks to hold tightly onto Japanese folk tools and antiques that would otherwise be considered obsolete in our time and hopes to keep their spirit around through these works.

Throughout his practice, Hiroshima is inspired by a Japanese spiritual concept of the “Tsukumo God”. It carries the belief that all tools have a spirit that grows and ages over time, and has an active capacity that can attract people and invoke creativity. Above all, Harashima wants his works to get people thinking about the meaning of sustainability and consumption in modern society. 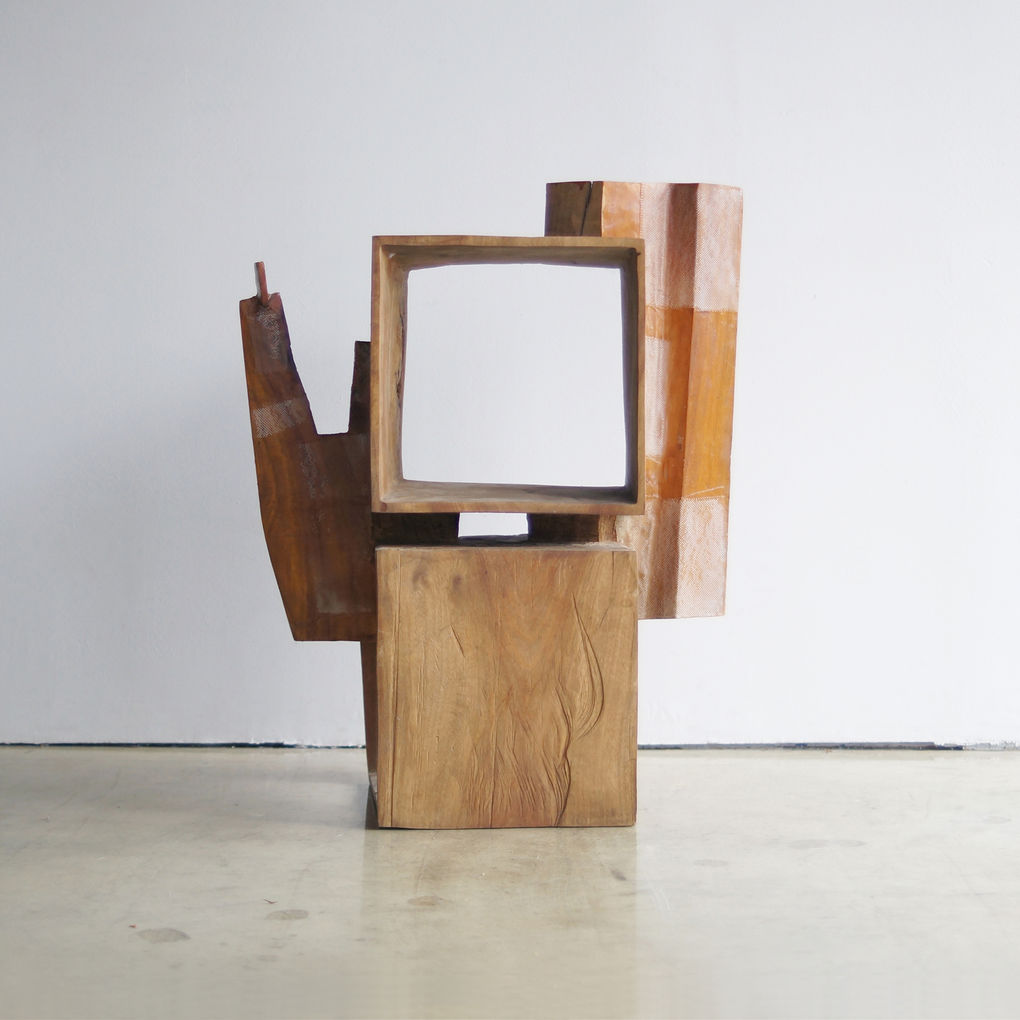 Shepherd and grandson by Hiroyuki Nishimura 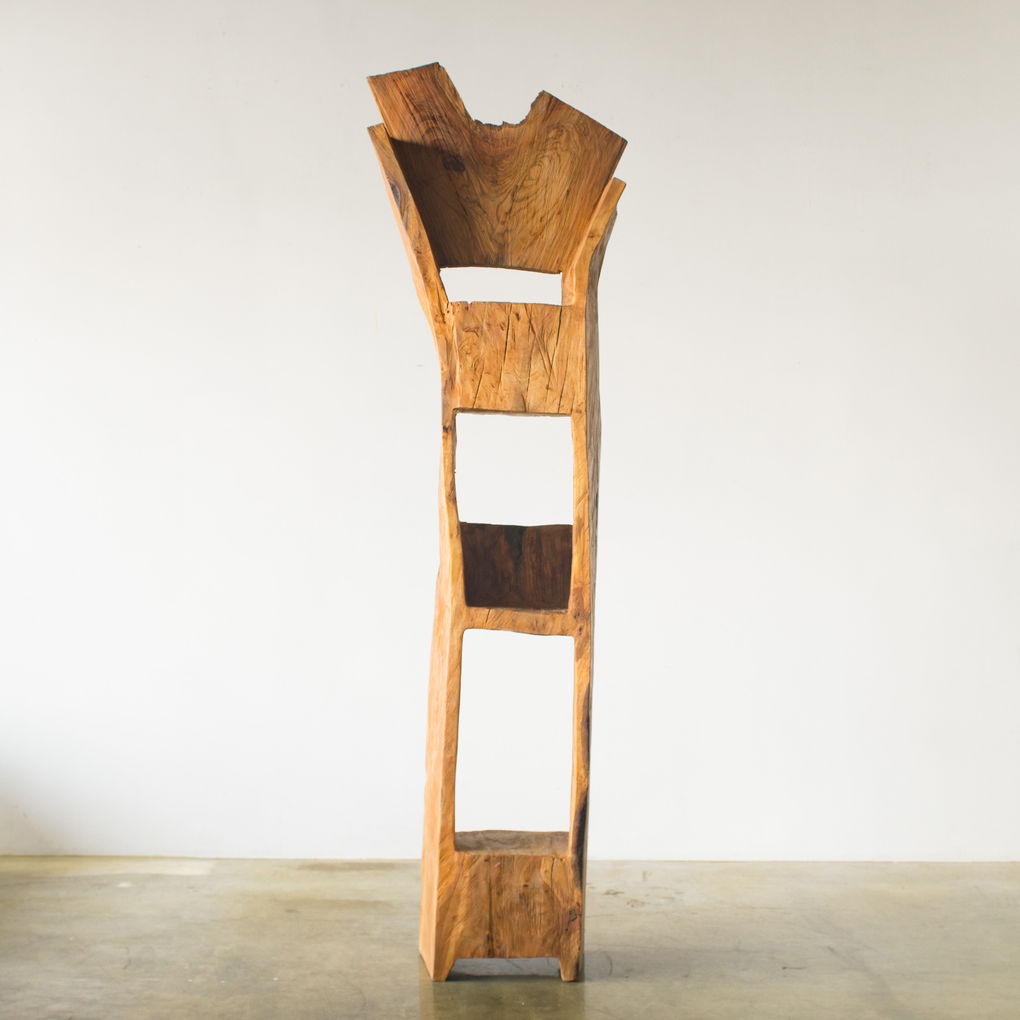 Against Mt. Rokko by Hiroyuki Nishimura

A Japanese sculptor, Hiroyuki Nishimura utilises wood that would normally be chucked away as unusable. Blocks of wood unsuitable for furniture or architectural use are carved into quirky sculptures, making for eccentric pieces that you’d never tell was made from wood previously discarded. All his works come with a whimsical air as if fresh out of a surrealist dream and have the power to transform any neutral space into an eclectic one, riddling it with character and personality.

Out of Control by Yudi Sulistyo

Before becoming an artist, Yudi Sulistyo worked at an advertising company where he found the remains of unused cardboard. His creativity began thereafter, making sculptures of robots and even life-sized military tanks out of the material, additionally integrating common household objects such as bottle caps and matchboxes.

A self-taught artist, Sulistyo researches the original structure of vehicles and mechanical objects and creates his iterations out of cardboard based on their true forms. By skilfully coating the cardboard in paint, he tricks many people into thinking that his works are ordinary real-life vehicles.

French artist Camille Thibert was formally trained in landscape architecture, and since then has been creating what she calls “earth works”. Her works make use of reclaimed wood as its medium and are crafted with a unique drilling technique that creates shadows and textures on the portraits painted on them. By using nature as a medium, Thibert seeks to start a discussion on the vulnerability of nature and highlight how we should pursue a more respectful and conscious way of life. 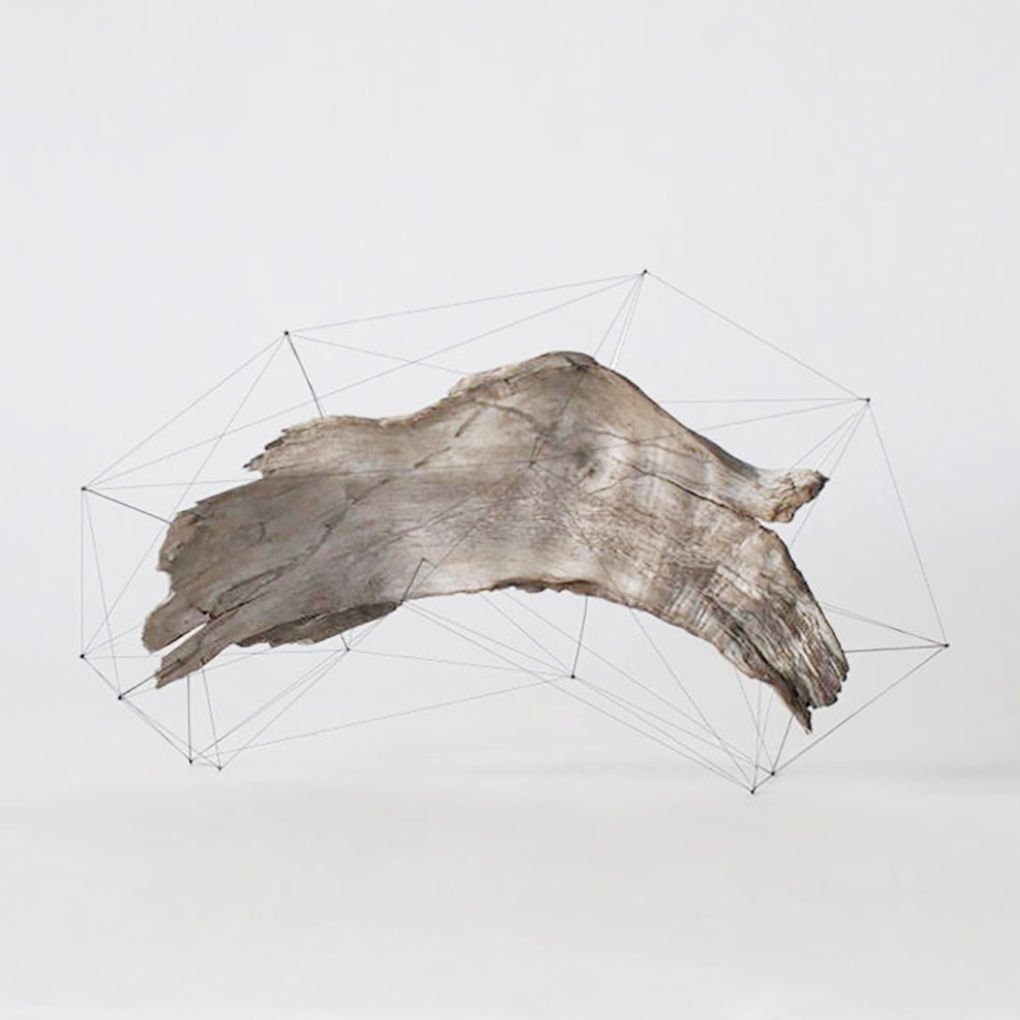 Crust of the Polygon 03 by Norihiko Terayama 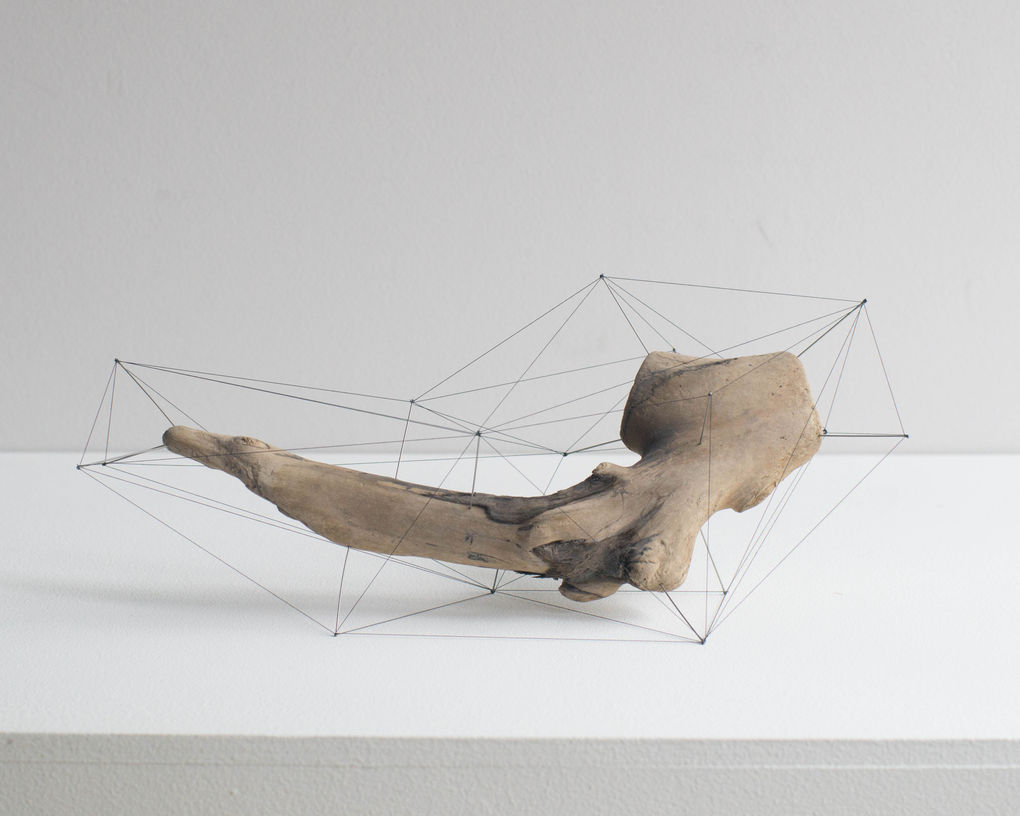 Crust of the Polygon 01 by Norihiko Terayama

Norihiko Terayama graduated from the Design Academy Eindhoven and started his own studio that features motifs from natural objects. In Terayama’s ‘Crust of the Polygon’ series, driftwood is repurposed into beautiful design objects. He creates an artificial polygon, or “crust”,  around it using pins and thread, highlighting the organic shape of the salvaged wood. Terayama sees the beauty even in driftwood’s endmost form and was motivated to accentuate its organic beauty through this outer shell, allowing viewers to be charmed by this beauty too.

Inspired? Why not check out more Art and Design on The Artling!

Nature in the Eyes of Science and Art | teamLab & Hiroshi Senju

An Interview with Choi Jeong Hwa