Brilliance in Blue - What are Cyanotypes?

Cyanotypes are one of the oldest photographic printing processes in the history of photography. The distinctive feature of the print is its shade of cyan blue, which results from its exposure to ultraviolet light. When the blue print emerged, cyanotypes were traditionally used for reproducing the technical drawings of architects and engineers until the arrival of photocopy machines. However, with its versatility and affordability, the technique was adopted by photographers soon after its discovery. The early days of photography were characterised by monochromatic prints such as the Daguerreotype and Calotype, and thus the brilliant blue hue of the cyanotype made a striking entrance when it was introduced in a world of albumen and silver gelatin prints. 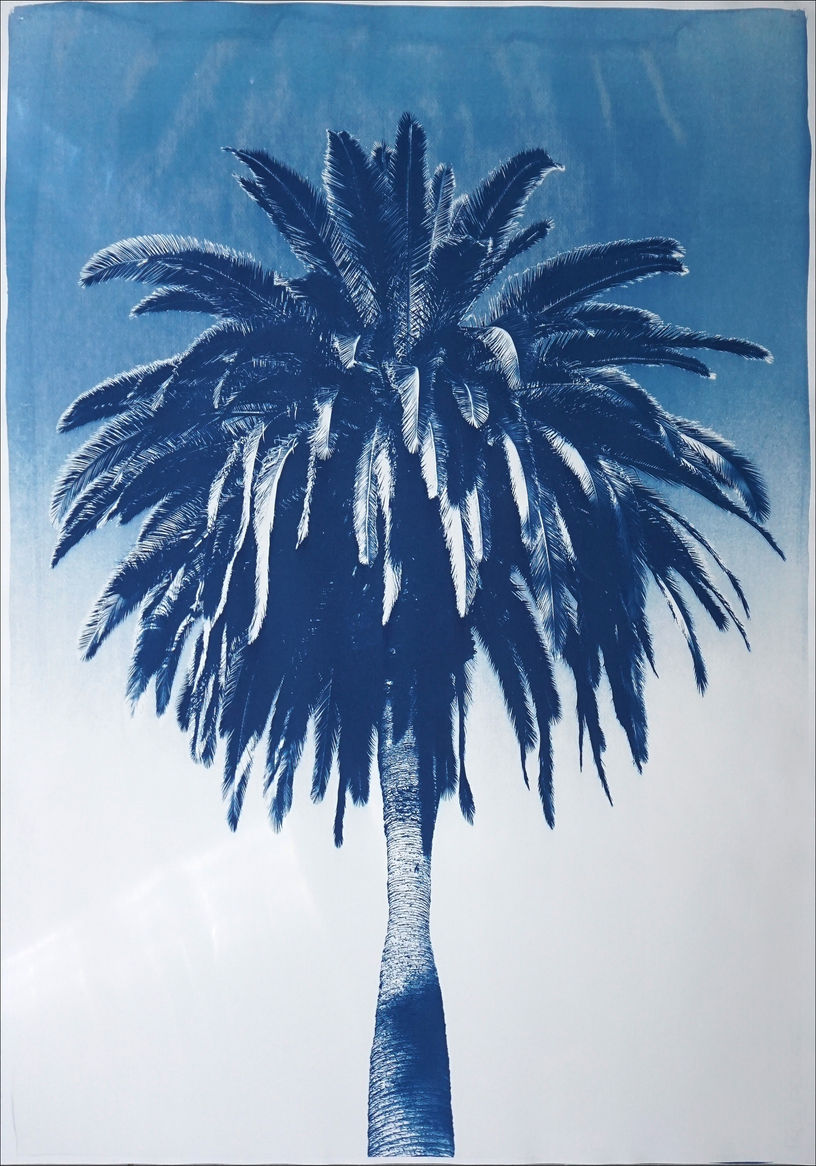 Marrakesh Majorelle Palm - Kind of Cyan (Available on The Artling)

The History of Cyanotypes

Cyanotypes were first introduced by the astronomer, scientist, and botanist John Herschel in 1842. In his endeavour to find a way of reproducing his notes and drawings, he discovered the cyanotype process after numerous experiments. Although Herschel had discovered the process, it was the botanist and photographer Anna Atkins who first used the cyanotype to create a photographic album of algae specimens in 1843. Upon learning about Herschel's cyanotype, Atkins was captivated by its rich blue shade and unique process. She began to make photogram prints by laying her specimens directly upon photosensitive paper. After a decade, she eventually produced three volumes of her book: 'Photographs of British Algae: Cyanotype Impressions', the first book to be photographically printed and illustrated. Her detailed cyanotypes of her specimens led her to be considered the first female photographer.

The cyanotype is one of Herschel’s most influential contributions to photography, engineering, and architecture. Not do cyanotypes produce beautiful photographs, but its affordability and stability made it a favourable choice for the reproduction and preservation of technical drawings.

Cyanotypes are relatively easier to create as a dark room is not required, and it utilises the UV rays from the sun and iron salt solutions rather than silver salt solutions of early photographic processes. The image is first created by combining ferric ammonium citrate potassium ferricyanide to make an iron-rich sensitiser solution. The solution is then brushed evenly over paper or other porous surfaces. As the sensitiser chemicals react to light when exposed, the coating process takes place in dim light. These chemicals are then exposed to UV light such as sunlight, which creates ferric ferrocyanide, also known as Prussian Blue. The last step in the process is a water rinse to wash away the sensitiser solution, and the blue darkens as the print dries to reveal the final product. 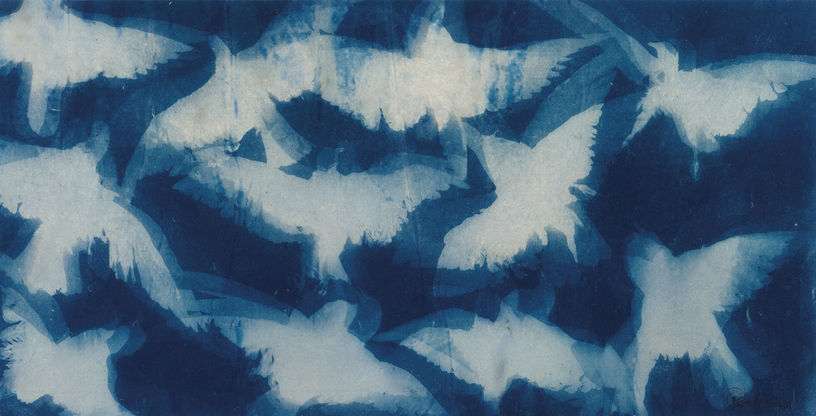 Cyanotypes on The Artling

Here on The Artling, we have a variety of contemporary cyanotypes by artists and photographers from all over the world!

Caribbean Sandy Shore - Kind of Cyan (Available on The Artling)

The Waterfall - Tessa Shaw (Available on The Artling)

Do I look good yet? - Supattanawadee Maunta (Available on The Artling)

Would you turn around? - Supattanawadee Maunta (Available on The Artling)

We hope that you enjoyed learning about cyanotypes. You can browse more of our limited edition prints here and open editions prints here. If you need additional guidance or have specific requirements, you can have a look at our art consultancy services, or chat with our expert curators on any page.

12 Eye-Catching Prints for Your Space

How to Buy Art Online: A Handy Guide to Buying Original Art Online