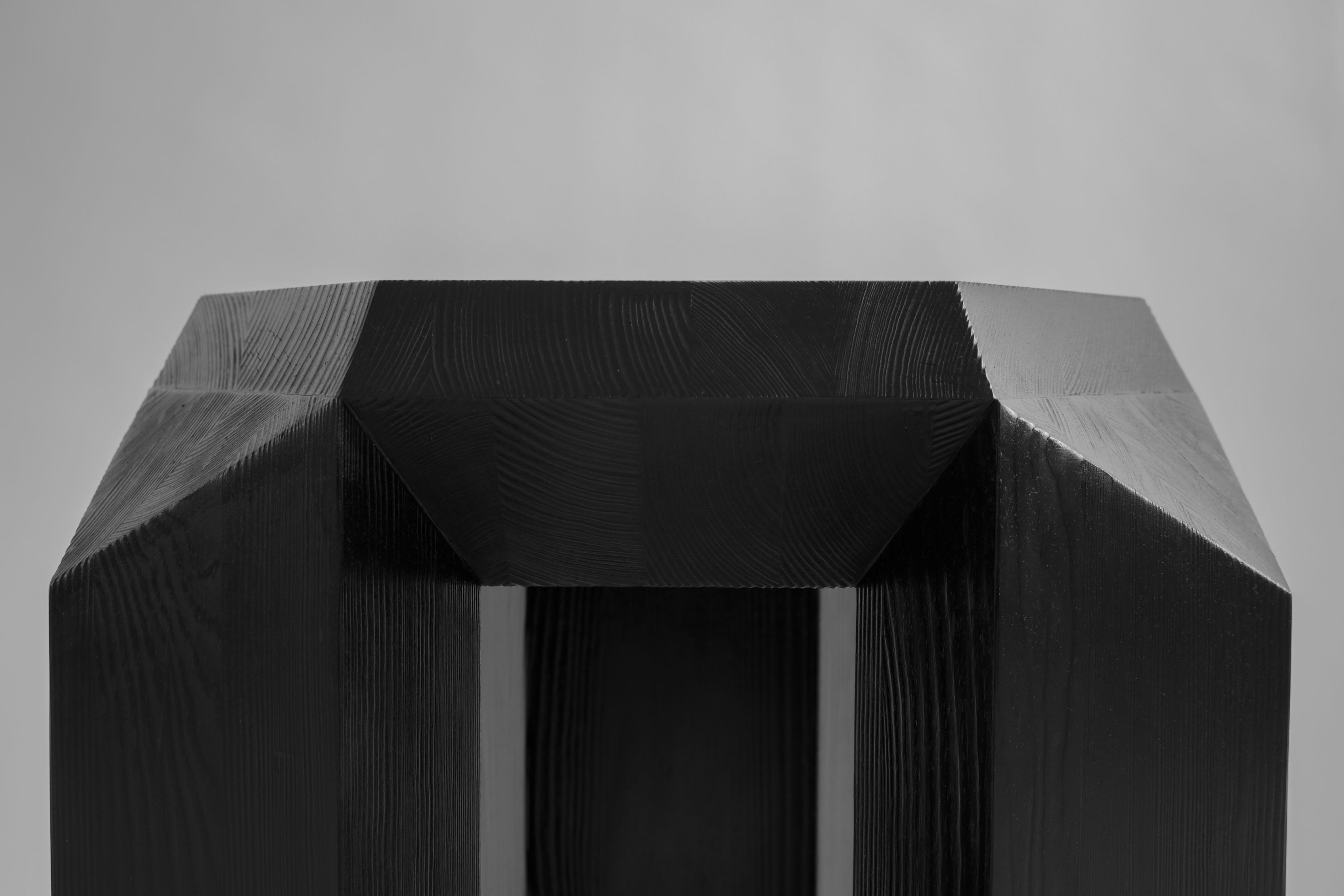 Sizar Alexis is a Swedish-Iraqi product and furniture designer that experiments
with objects that display serenity through geometrical shapes, while
remaining robust in volume. His trademark style is built on creating objects
bear a strong character, accomplished through the use of raw and imperfect
surfaces in combination with a deep interest in Brutalism and the rich
cultural and architectural heritage from ancient Mesopotamia. He uses
the delicate character of noble materials juxtaposed with Brutalist angular
shapes to create objects that stand the test of time.

Sizar Alexis was born in Ankawa, just outside the city of Erbil in northern
Iraq. His Chaldean roots puts his lineage in a straight line back to 5000 BC
in ancient Mesopotamia. In 1997, he moved to Sweden with his family and
settled in Eskilstuna. During his studies at Beckmans College of Design,
he started to explore his interest in designing objects and furniture for the
home. He holds bachelor’s degrees in Engineering (2009) and Fine Arts (2019).

Exhibition of art and design at Walker Tower, NYC

Exhibition of art and design at Walker Tower, NYC